Get to Know Heartman in the Latest Death Stranding Trailer 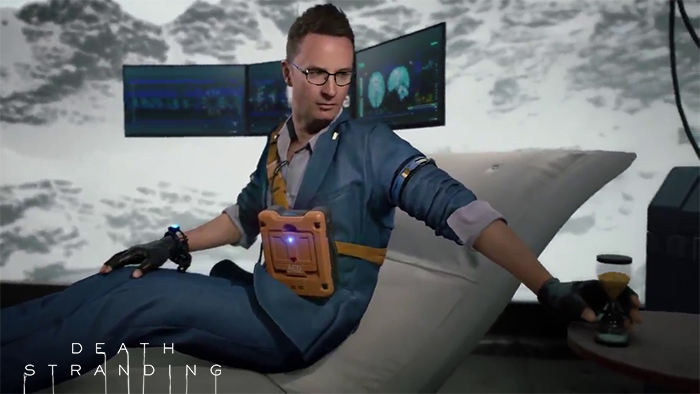 Sony Interactive Entertainment has just released a new trailer that gives us our first good look at another central character of the game — Heartman. Played by Danish film director Nicolas Winding Refn, the hook behind this character is that he goes on an endless loop of living for 21 minutes and dying for three.

During the short 3-minute window when his heart stops, Heartman looks for his family on the other side. When his time runs out, he wakes up, flips his hourglass to start the 21-minute timer, then goes about his business while waiting for his next chance to locate his loved ones.

You can check out the full Heartman Character Spotlight trailer below:

Heartman has some sort of machine strapped to his body which could mean this endless cycle of dying and coming back to life may be self-induced. On the flip side, his little gizmo may be the only thing keeping his life from permanently slipping away. We’ll most likely need to wait for the game’s release to find out.

Interestingly, when the main protagonist Sam dies, players also won’t get any sort of game over screen. Instead, Sam is sent to some sort of “upside-down realm” and players will need to find their way back to the world of the living. It looks like there’s a lot more to death in this game and it’ll most likely tie in with the strange invisible creatures we’ve seen in earlier trailers.

Death Stranding launches on November 8th exclusively for the PlayStation 4.

The post Get to Know Heartman in the Latest Death Stranding Trailer appeared first on AllKeyShop.com.