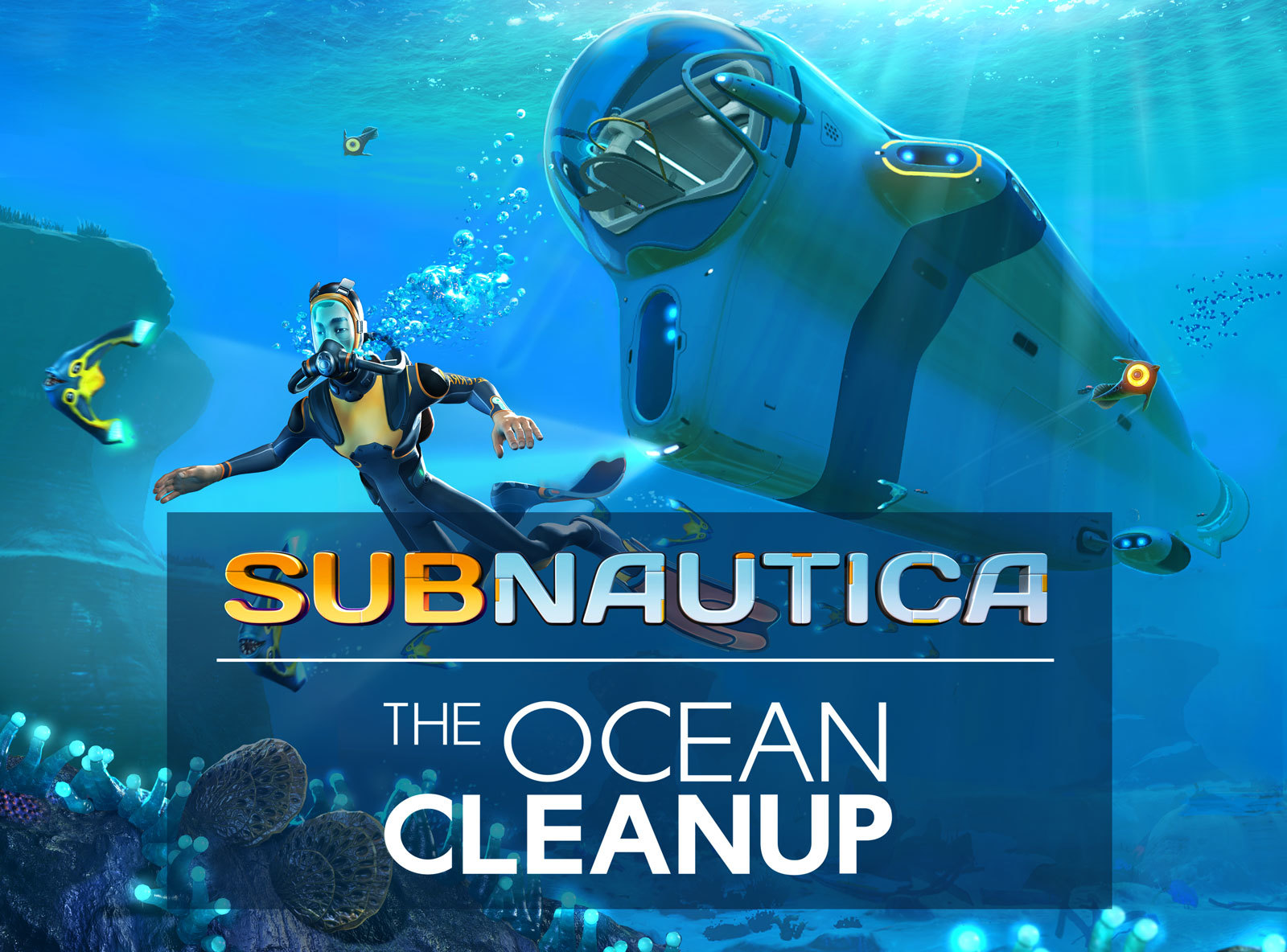 In celebration of World Environment Day on June 5th, Subnautica will go on sale alongside several other games as part of a Valve special event until June 8th. During this time, we volunteered to donate 15% of Unknown Worlds’ profits from the sales of the original Subnautica to the Ocean Cleanup[www.theoceancleanup.com], a Dutch foundation that aims to develop and apply technologies (directly as well as indirectly) to remove – on a large scale – plastic pollution from the oceans.

Not unlike the virus that threatened Planet 4546B, our planet is threatened by a mass accumulation of garbage in the ocean. Marine debris, out of which 80% is plastic, has been reported to have an impact on 600 marine wildlife species. This marine debris accumulates in patches across the planet by way of ocean currents, waves, and wind. It poses a significant threat to the ecosystem, the health of both marine life and humans, and global economies.

According to the U.S. Environmental Protection Agency[www.epa.gov]:

“Of all trash, plastic trash has the greatest potential to harm the environment, wildlife and humans. It can be found floating at the surface, suspended in the water column, or on the bottom of almost all water bodies. It is transported by rivers to the ocean, where it moves with the currents, and is often eaten by birds and fish, concentrating toxic chemicals in their tissues, and filling their stomachs, causing them to starve. Plastic aquatic debris is much more than a mere aesthetic problem.”

Cleaning up these garbage patches is a tough job, but not an impossible one. Through intense research, advanced technology, and the clever use of natural ocean systems, the Ocean Cleanup has set their sights on removing 50% of the Great Pacific Garbage Patch in just 5 years. To learn more about how they plan to do this, you can read in-depth explanations and reports on the Ocean Cleanup website[www.theoceancleanup.com].

In Subnautica, you were affected by a major environmental threat and, through scientific efforts and hard work, elimited that threat. Now is your chance to do the same for our home planet. Let your friends and family know that Subnautica is on sale and working towards a cleaner ocean!

The United Nations, aware that the protection and improvement of the human environment is a major issue, which affects the well-being of peoples and economic development throughout the world, designated 5 June as World Environment Day. The celebration of this day provides us with an opportunity to broaden the basis for an enlightened opinion and responsible conduct by individuals, enterprises and communities in preserving and enhancing the environment.

About The Ocean Cleanup

Learn more about the Ocean Cleanup by following them on Twitter, Facebook[www.facebook.com], Instagram[www.instagram.com], YouTube, or by visiting their website![www.theoceancleanup.com]