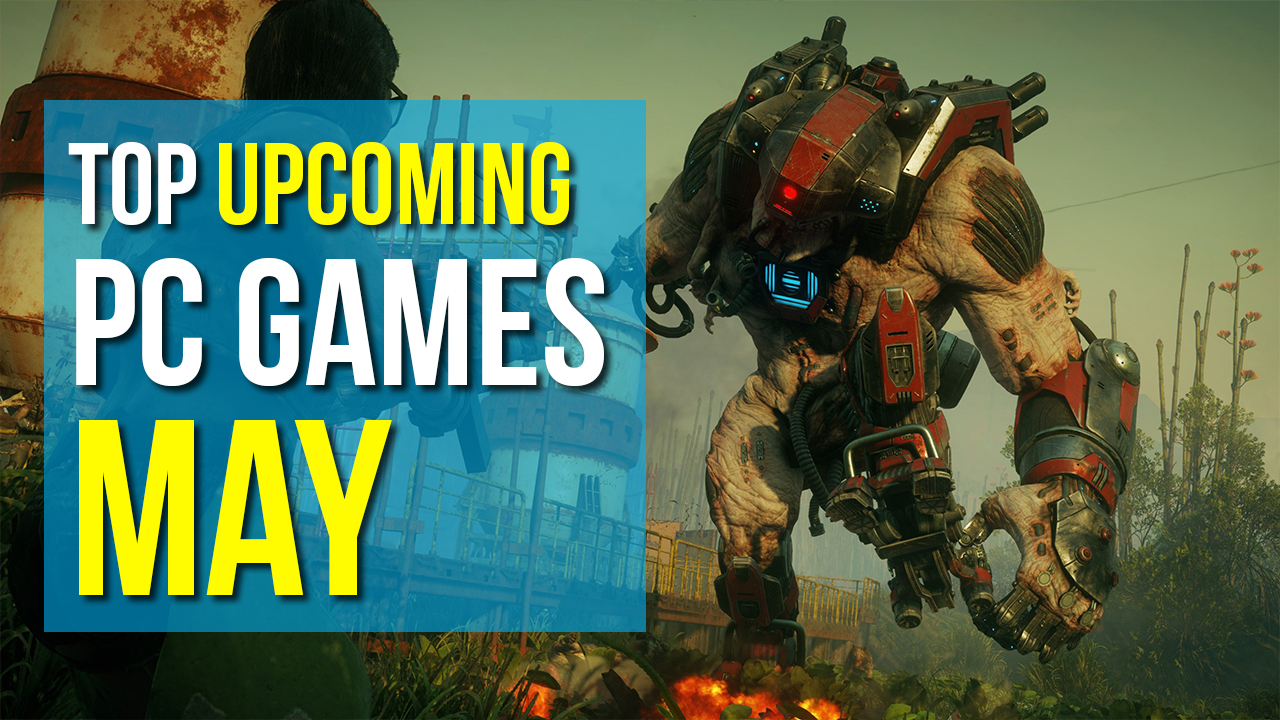 May isn’t as packed as the earlier months of the year when it comes to PC releases, but there are definitely a few upcoming gems that you should watch out for. And so, here are the top PC game releases for May 2019, listed together with the best deal you can find for each one on the web.

With the success of Yakuza Kiwami’s launch earlier this year, Sega now brings Kazuma Kiryu’s second adventure back, completely rebuilt using the Dragon Engine. Yakuza Kiwami 2 will see Kazuma get pulled back into the hostile criminal underworld to keep rival clans from going to all-out war. The remake features support for 4K resolution, a variety of graphical options, and unlocked framerates. Goro Majima also gets his own story mode that serves as a precursor to the events of the main game.

Life is Strange 2 Episode 3 Wastelands — 9 May

Life is Strange 2 - Episode 3 Teaser
Watch this video on YouTube.

Life of Strange 2 fans will get to continue their adventures this May as the game’s third episode finds Sean and Daniel taking refuge with a community of drifters. The authorities are still hot on the brothers’ tails and Daniel is still struggling to keep his powers in check. There are also hints of the possibility of romance between Sean and another character introduced in the last episode. Take your time with this episode as the next one won’t arrive till August.

A Plague Tale Innocence — 14 May

Here’s one game you’ll definitely want to look out for as it’s probably unlike anything you’ve played in a long while. A Plague Tale Innocence tells the story of estranged siblings Amicia and Hugo as they find themselves on the run from the Inquisition amidst The Great Plague. Players will need to figure out environmental puzzles that revolve around swarms of plague-carrying rats and ruthless Inquisitors, all while trying to keep both Amicia and Hugo alive.

What is RAGE 2? Official Trailer
Watch this video on YouTube.

id Software is combining their remarkable experience in developing first-person shooters with Avalanche Studios’ expertise in crafting huge, open-world sandboxes. The result is a post-apocalyptic, mayhem-filled shooter that will have players running and gunning, driving and shooting, and hacking and slashing at whatever moves in the wasteland. There are tons of outrageous guns to bring the pain with, and several skills to use to always keep enemies at bay.

Dark Future is a post-apocalyptic vehicular combat tabletop game from Games Workshop, who is more famous for the Warhammer franchise. Auroch Digital is bringing the tabletop experience to PCs and from what we’ve seen so far, it’s very reminiscent of Mad Max. That’s no surprise though given the similarities both franchises share. Make no mistake though, this is a real-time strategy game and not a vehicle-based action shooter. Players will need to command groups of vehicles and take advantage if the Time Dilation system to execute their strategies.

Since we can’t get Mario Kart on PC, we’ll have to make do with Sonic’s very own kart racer. The great news is that Team Sonic Racing doesn’t look like it’ll disappoint. Sega has ditched the transforming gimmick of their previous racer and opted for a more classic kart racing experience this time around. The game features different character types, a variety of on-track power-ups, and numerous vehicle customization options.

No Code co-founder Jon McKellan describes Observation as “kind of 2001: A Space Odyssey – but you’re HAL.” A fitting description since the game tasks players to take on the role of the AI that manages a space station. For some unknown reason, you’ve been rebooted, and now the only crew member you can come in contact with is the station doctor, Emma Fisher. You’ll need to work with her as both try to figure out the cause of the unexplained events happening on the station.

Atelier Lulua The Scion of Arland — 21 May

Koei Tecmo is bringing the latest Atelier game westside this May. Atelier Lulua The Scion of Arland is the fourth instalment in the series and is set after the events of Atelier Meruru. The game promises to both bring back and evolve the series’ core systems — synthesis, exploration and battle. Follow Lulua as she strives to exceed her mother’s legendary mastery of alchemy and create her own legacy. Another grand adventure is waiting for you in the world of Arland.

Originally scheduled to launch in early March, Total War fans will finally be able to dive into Creative Assembly’s version of the Romance of the Three Kingdoms saga this May. The game will combine turn-based empire-building with epic-scale real-time strategic battles featuring 12 legendary warlords from the Chinese historical epic. This time around, actions taken in battle affect relationships with your heroes and other characters that could bear consequences in your overall campaign.

Take control of your city’s everyday heroes as Rescue HQ The Tycoon tasks you to manage its Police Force, Fire Brigade, and Medical Division. Train your staff to ensure to they’re up to whatever task they’re assigned to; manage essential resources such as personnel, vehicles and supplies to ensure operating efficiency; and keep your station always ready for any emergency, day or night. Plus, expand on the game’s systems and features with community-created mods.

And there you have it — those are the top pc game releases for May 2019. If you fancy any title on the list, always remember that you can’t get any better deals them anywhere else but right here at AllKeyShop.com. Happy gaming!

The post Top PC Game Releases for May 2019 appeared first on AllKeyShop.com.