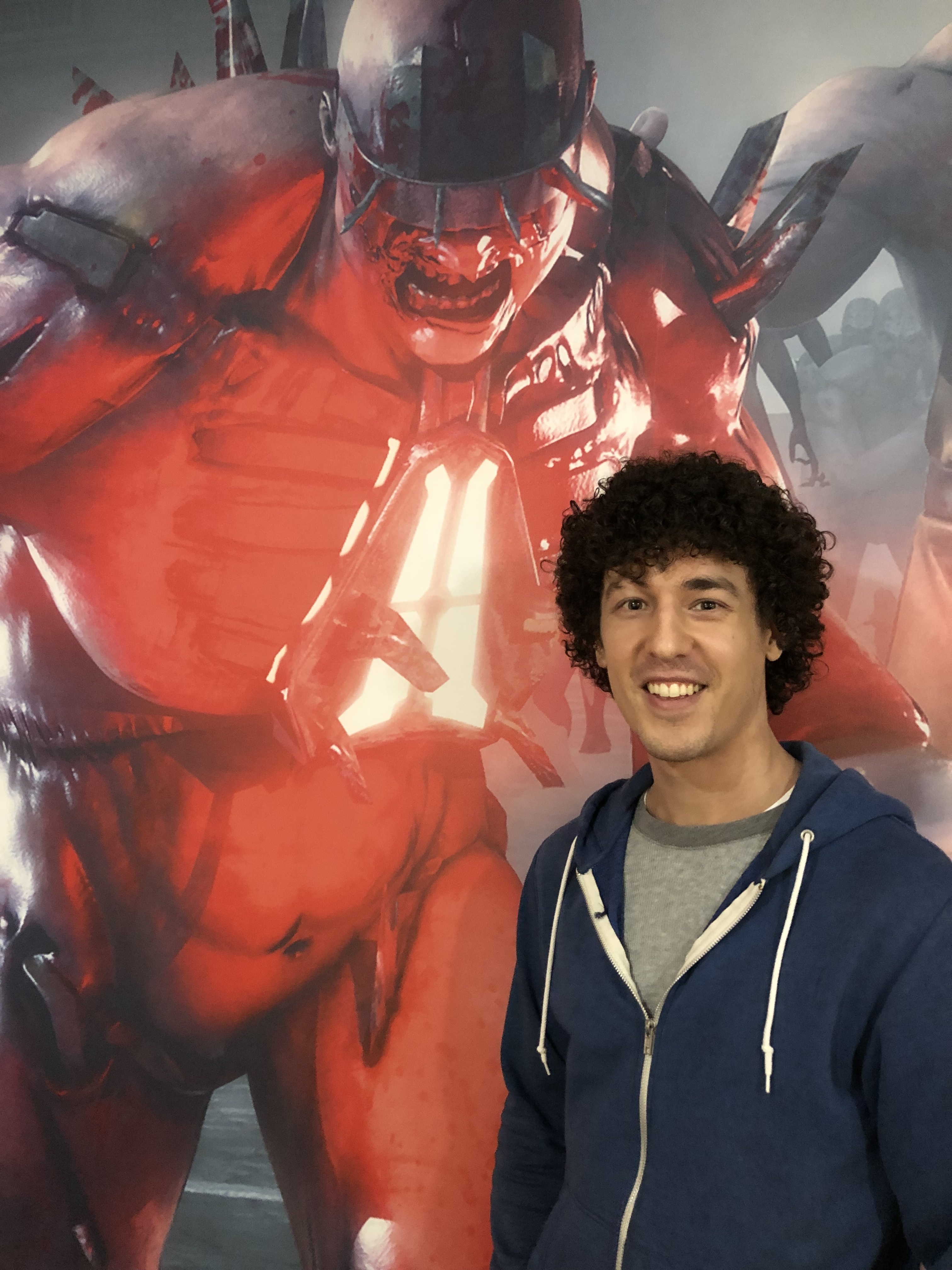 Q. For starters, could you provide a brief synopsis of who you are and what your role is with Killing Floor 2?

A. My name is Jeff Robinson and I’m a senior gameplay programmer at Tripwire. As a gameplay programmer, I basically get things to happen in-game. Like, I worked on the bomb cart that you have to escort through Santa’s Workshop, and I worked on the system that lets the trader comment on things while you’re playing. I’m constantly making and breaking weapons. I also work with our designers a lot, providing tools for them to use to build maps and tune gameplay variables like weapon damage and player speed. Sometimes I make bugs for the community to find. Sometimes I fix the bugs they find.

Q. How long have you been employed at Tripwire?

A. Cumulatively? About four years. But I spent about two years in the middle of those four years working as a software engineer at Georgia Tech.

Q. Take us through a typical day of work at Tripwire for you

A. My wife frequently asks me if anything eventful happened at work or if I had any good conversations. LOL I’m a programmer. I talk about bugs and features, and then I make bugs and features. And sometimes I sit through meetings. It’s the perfect job for me. In all seriousness, my job does involve a lot of collaboration with the designers, producers, quality assurance professionals, and programmers on the team. So maybe 15% of my day is planning and verbal problem solving, and the other 85% is coding and digital problem solving. Like with my fingers.

Q. How did you get started in the Games Industry?

A. Well, I attended a school that specializes in game development (DigiPen Institute of Technology), so I kind of locked myself in from the beginning. Then, after I graduated, I applied for game programming jobs, starting in Maryland (where I’m from) and gradually circling outward until I finally landed a paid internship at Backbone Entertainment (RIP) on the complete other side of the country in the San Francisco Bay Area. That process took about eight months. But after my internship ended they hired me on as a permanent employee.

Q. What accomplishment are you most proud of while working in the Games Industry?

A. At Backbone, I worked on a game called Zombie Apocalypse: Never Die Alone, and I did a lot of AI work, about which IGN said, AND I QUOTE, “The A.I. teammates are pretty smart, too.” Also, “It sucks when they bunch up near a boss.”

Q. There are a lot of aspiring programmers that play Killing Floor 2. What are steps and resources you would recommend for these folks to utilize should they want to work in the Games Industry?

A. Step 1: Probably go to college and get a computer science degree. And make sure the degree program features a lot of C and C++ and not just Java and JavaScript. Most game engines, whether commercial (like Unreal and Unity) or proprietary, are built on C/C++, so having a solid understanding of how they work is pretty essential.

Step 2: Send your resume everywhere. It took me eight months and dozens of applications to get an internship. AN INTERNSHIP. You just gotta stick with it if this is what you really want to do. Consult gamedevmap.com and let the resumes fly.

Q. What language(s) do you program in?

A. C and C++ (see above). Various engine scripting languages (like UnrealScript, because KF2 is still running on UE3). In the past I’ve written shaders in HLSL/GLSL. Sometimes I have to look through Python files.

Q. What hobbies do you enjoy outside the workplace?

A. I like games. Video games, board games, sports games, mind games. I like playing and I like getting better at things. And winning. But only if I really EARNED it, you know?

Q. What was the first game you worked on? What other game titles were you also a part of?

A. If I list the games I’ve worked on in chronological order, you will know which one was the first and what the rest of them are. Here we go!

I’ve also worked on a few unreleased prototypes. One of them would have ended up basically being Road Redemption (buy now!). The other was going to be a new Gauntlet (but before the other new Gauntlet came out).

Q. What is your all-time favorite video game and why?

A. Fallout 3. It was the first Fallout game I’d played, so I didn’t really know what to expect. I was just “researching” a Bethesda game before sending them my resume. But I am a compulsive explorer, so I was hooked instantly (after that INTERMINABLE intro). There were plenty of lockpicks and .308 rounds to find, and the environmental storytelling was great. And you could seemingly run into NPCs and random encounters at any time. I wandered so far off the narrative path that I randomly (spoiler alert?) found my dad in that simulator waaay before I got that far in the questline. And who doesn’t love a rudimentary karma meter to pat them on the head the whole time?

Plus, I’m from the DC area, so I think the local touches in the game are what put it over the top for me. Like, I’ve been in the museums and monuments. I’ve been on the metro. Some of the stations have the same name in-game as in real life. So the whole game felt a little more personal to me. The first glimpse I got of the ruined Washington Monument was devastating! 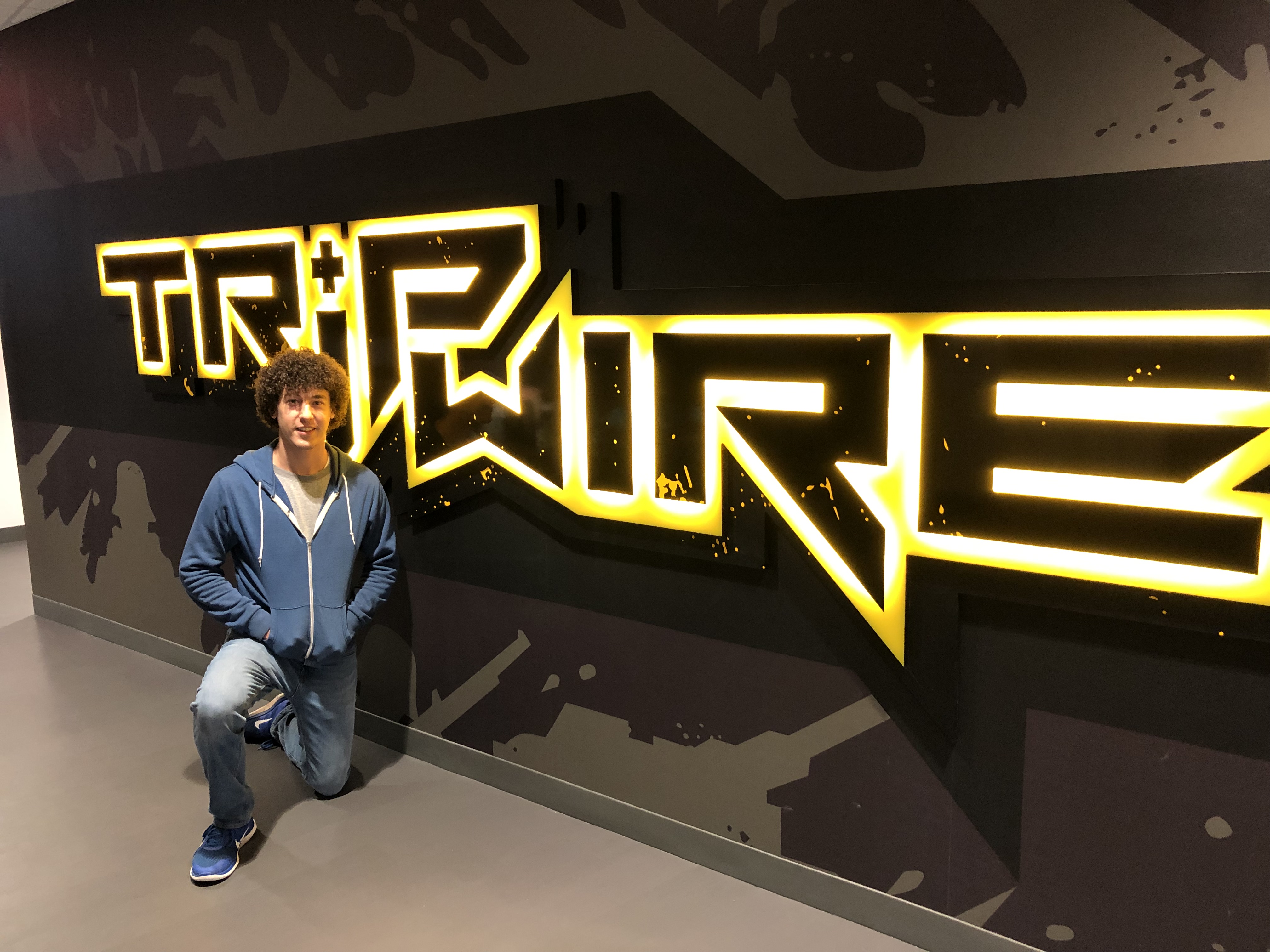