The Rover Update is Live! 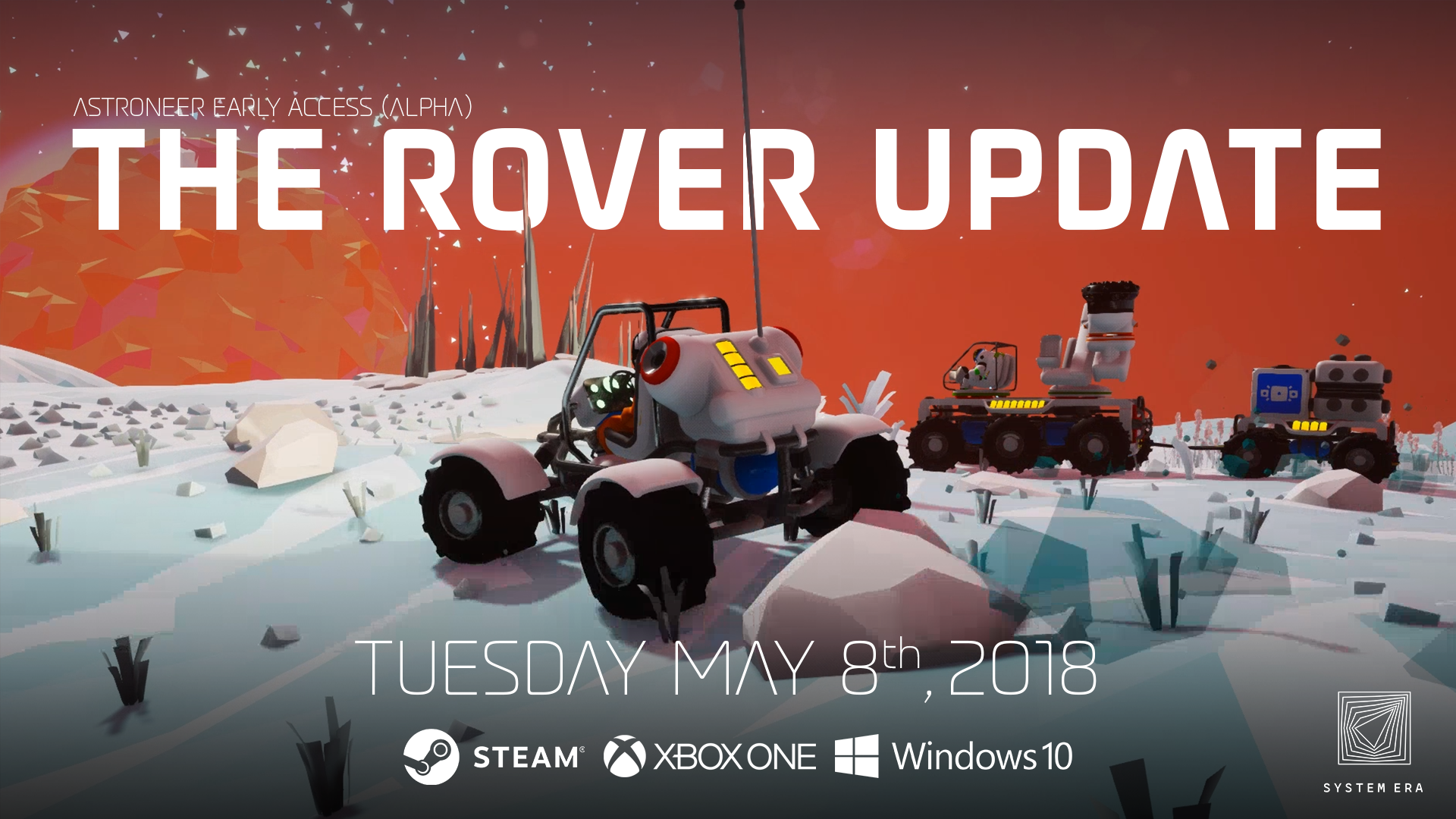 Rovers are now more configurable than ever! The Rover Update contains a new vehicle, updated driving controls, new methods to use rovers in fun ways, and a ton of performance upgrades!

The Small Rover has been added to the game. It is available in the Catalog for 1000 Bytes and prints from the Vehicle Bay for 2 Compound.

Absolute Steering has been implemented for vehicles. Vehicles are now controlled by the movement keys regardless of camera position! (WASD by default on keyboards, and RT / LT and the left thumbstick on controllers). Absolute Steering is enabled by default as of this update, but players may change back to the original camera-directed steering mode by disabling Absolute Steering in the options menu.

The physics model for Rovers has been overhauled.

The Thruster has been revised to work better with Rovers.

The research cost and recipe of the Medium Rover has been adjusted. Its cost is now 3000 Bytes (up from 2000 Bytes) and requires 2 Compound and 2 Aluminum to print.

We have made a number of improvements to performance on both PC and Xbox, particularly targeting very large save files and multiplayer games. Specific areas of focus include infrastructure refactors and fixes, removing unnecessary animation overhead, reducing the processing cost of deformation, and optimizing older assets that have not been updated in quite some time. This is an ongoing effort that will continue throughout Early Access, but this latest effort should be noticeable for players on the Xbox in particular. Xbox One now utilizes DirectX 12, further improving rendering efficiency on Xbox One and will allow for future rendering quality improvements.

HDR
Xbox One X and Xbox One S consoles can now play the game in HDR. Please calibrate your monitor using the default Xbox One calibration screen prior to launching the game.

Thanks for reading! Hope everyone has fun driving the new rover! We will talk again around E3 😉