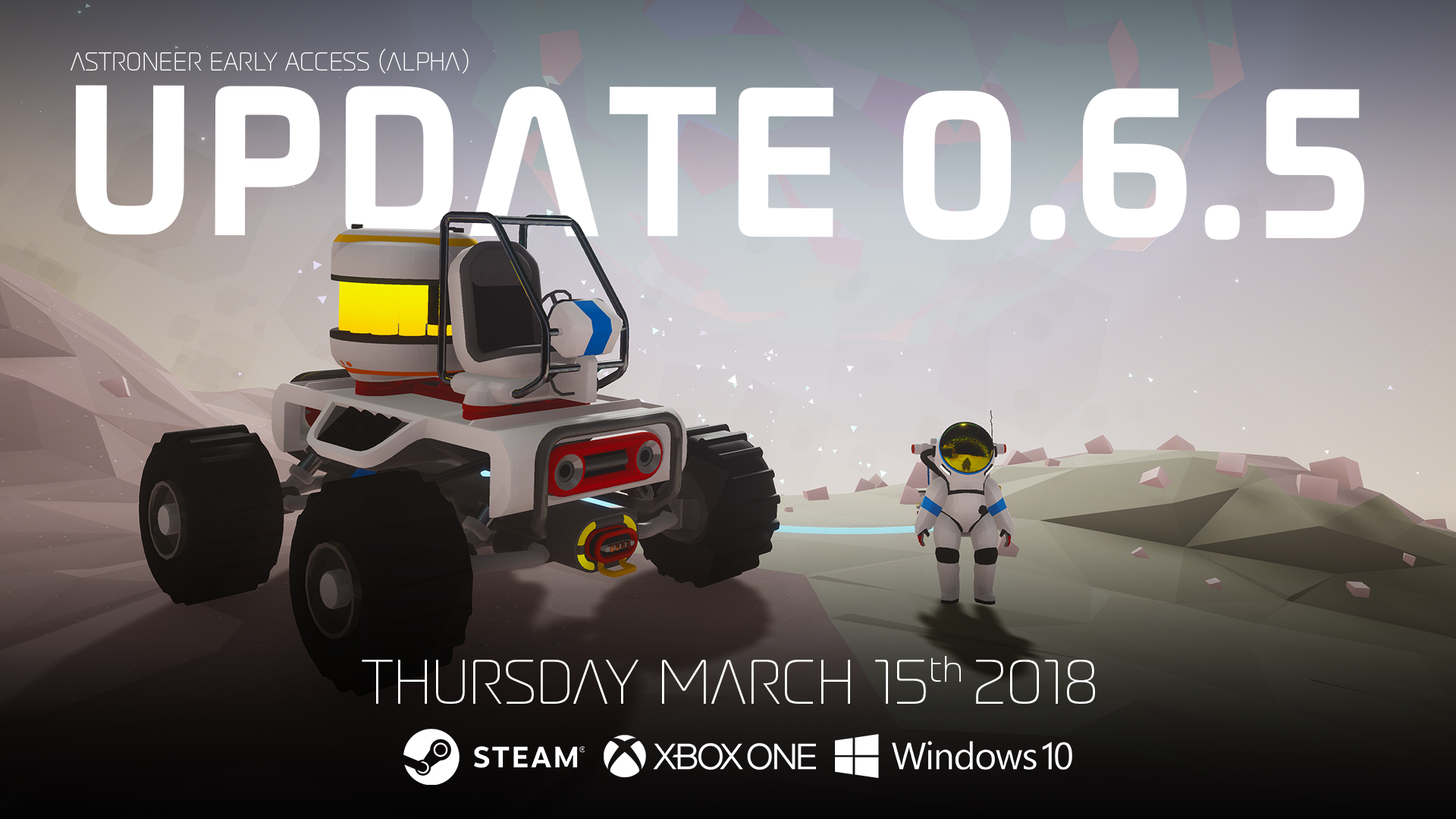 This update is another foundational change, with an overhaul to rover visuals and functionality! Now Astroneers can operate new rovers with updated visuals, storage and suspension, as well as the ability to create mobile bases by unpacking base modules on the rover chassis. Also included in this update are splitters, a tool to direct power flow, and a plethora of new base platforms so players can create even more custom base configurations. 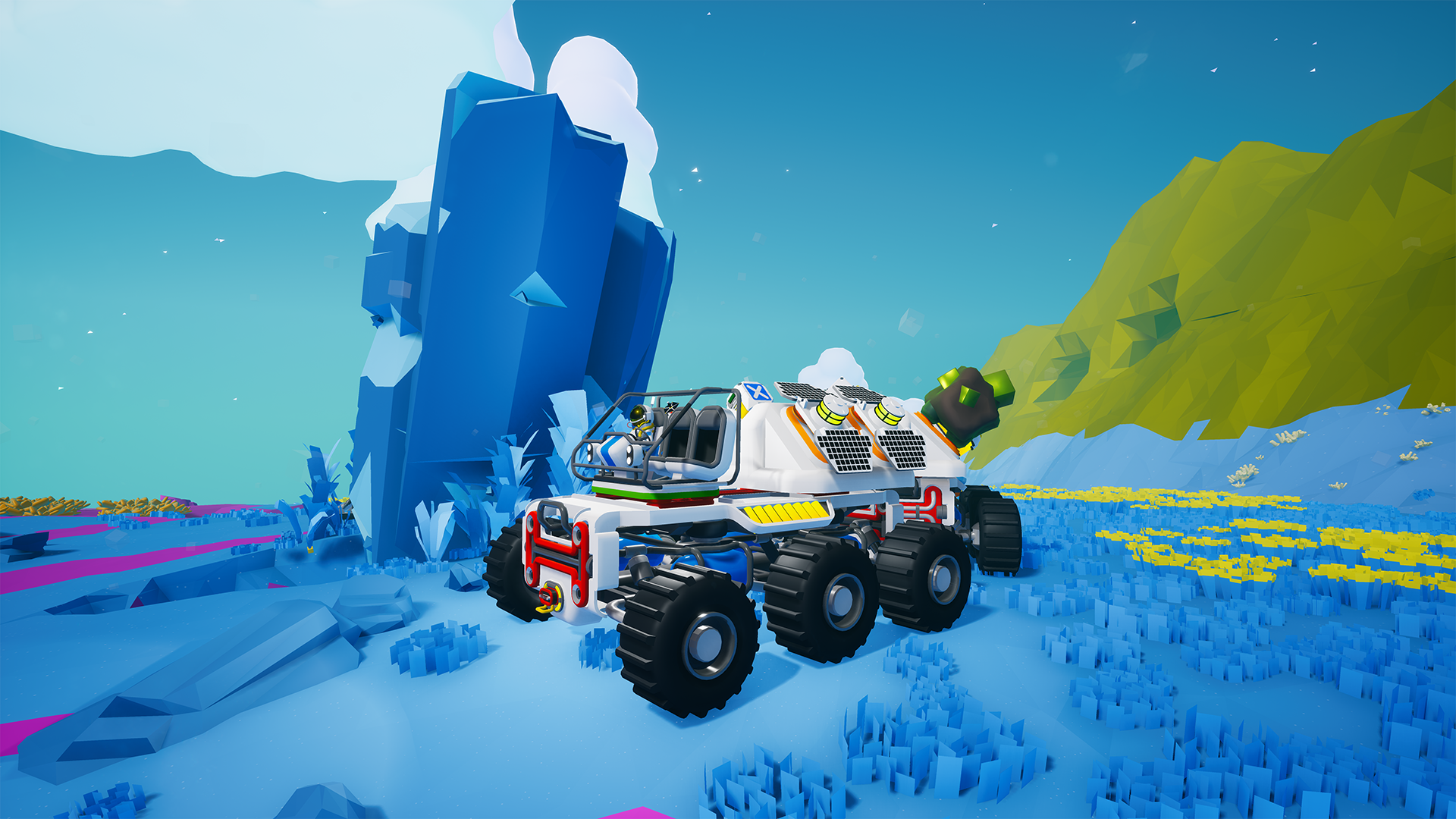 The Medium Rover and Large Rover have received a visual update. This includes new front and back slots which provide extra storage. These slots will only be active if the power line below them is unconnected. Once the power line is connected to another Rover or Platform base, the slots will fold down and drop any items attached to them. Old rovers should transfer over seamlessly.

The visual representation for Rover batteries has been changed. But their discharge and capacity is unchanged.

Rovers have received an update to their suspension. Handling should be much better. Also, gravity on vehicle chassis has been adjusted so Mobile bases should be more stable.

The power connection between Rovers and Platforms has been changed to directional. Now, you can very easily tell if your rover is consuming or providing power from your base. You can use this directional line to prevent the rover from mistaken power draw or discharge.

Research unlock costs relating to Vehicles have been reduced.This change has been made to encourage acquiring Rovers earlier in progression. Specifically:

A three port Splitter object has been added to the game. 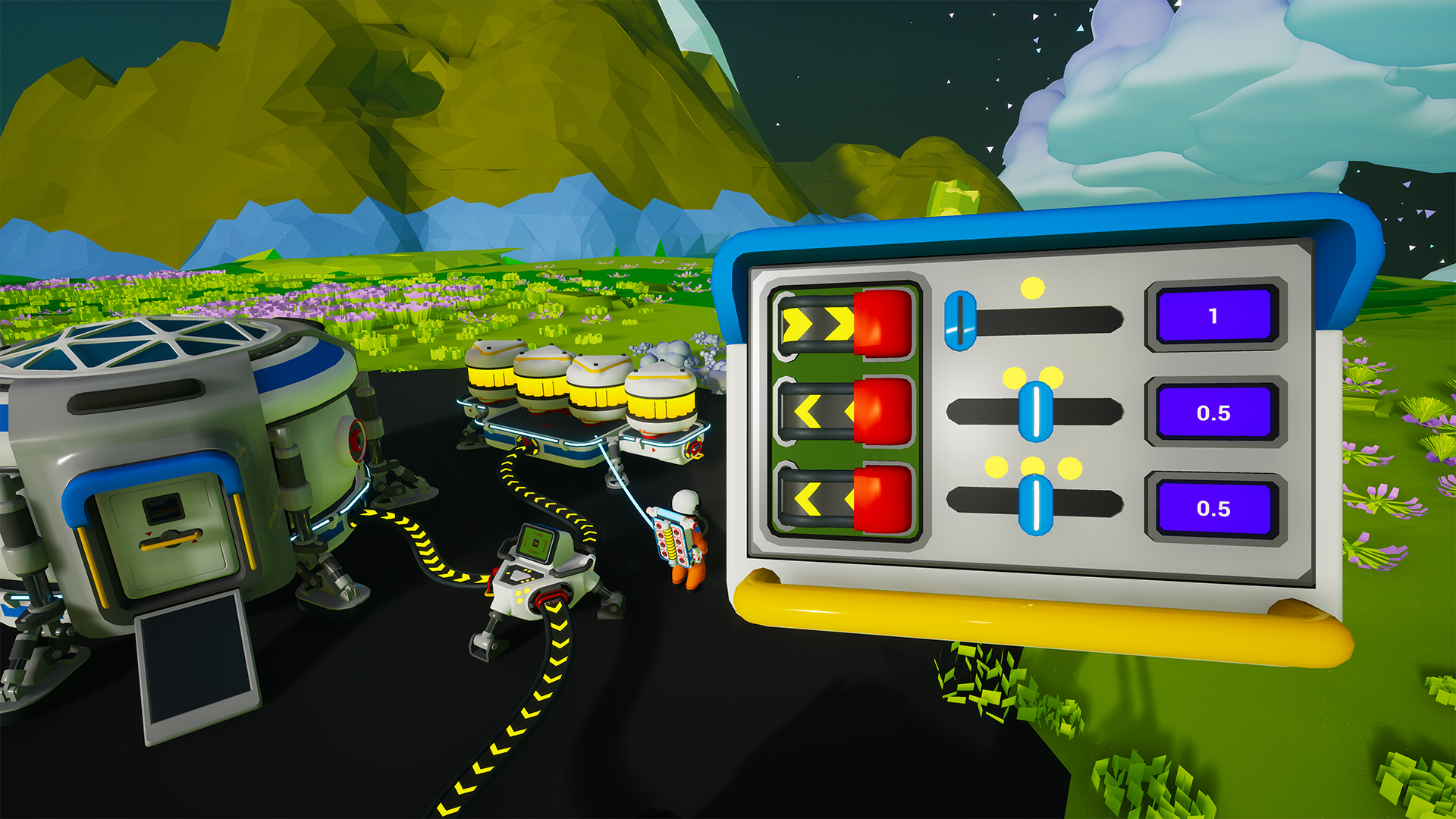 The Splitter takes in a power line and creates up to two adjustable directed streams. It is available in the Catalog for 1000 Bytes and prints from the Small Fabricator for 1 Copper.

Directional power visualization has been updated for clarity. The previous version was just placeholder art. The marching chevrons should now be much more readable at a glance.

Power Cells behavior has been changed. They now act as an on demand, single use battery which will only discharge when power is needed by the item they are attached to. Oh, they also no longer provide infinite power.

Modules can now be unpacked on top of Rover bases enabling a kind of Mobile base. 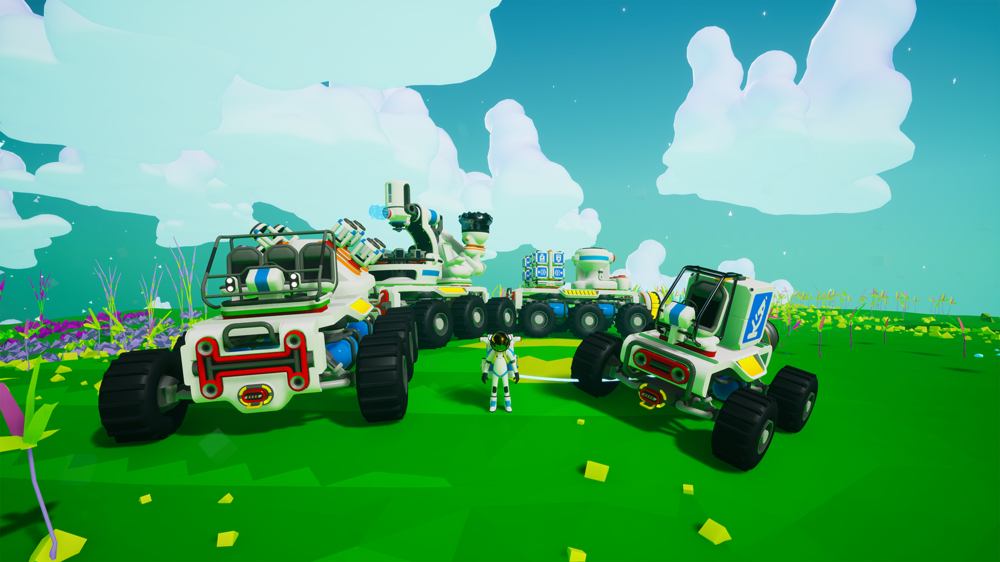 You will still need immense amounts of power to operate a base on wheels, but this should allow for our nomadic players to continue base operations on the go. Also, be aware that once unpacked, base modules on rovers are linked forever. <3

Added new Platform and Storage variants to the game! (KNOWN ISSUE: OLD FABRICATORS WILL NOT UPDATE TO INCLUDE THE NEW PLATFORMS. UNTIL WE ISSUE A FIX, PRINT A NEW FABRICATOR TO SEE THE ENTIRE LIST OF PRINTABLE PLATFORMS.) 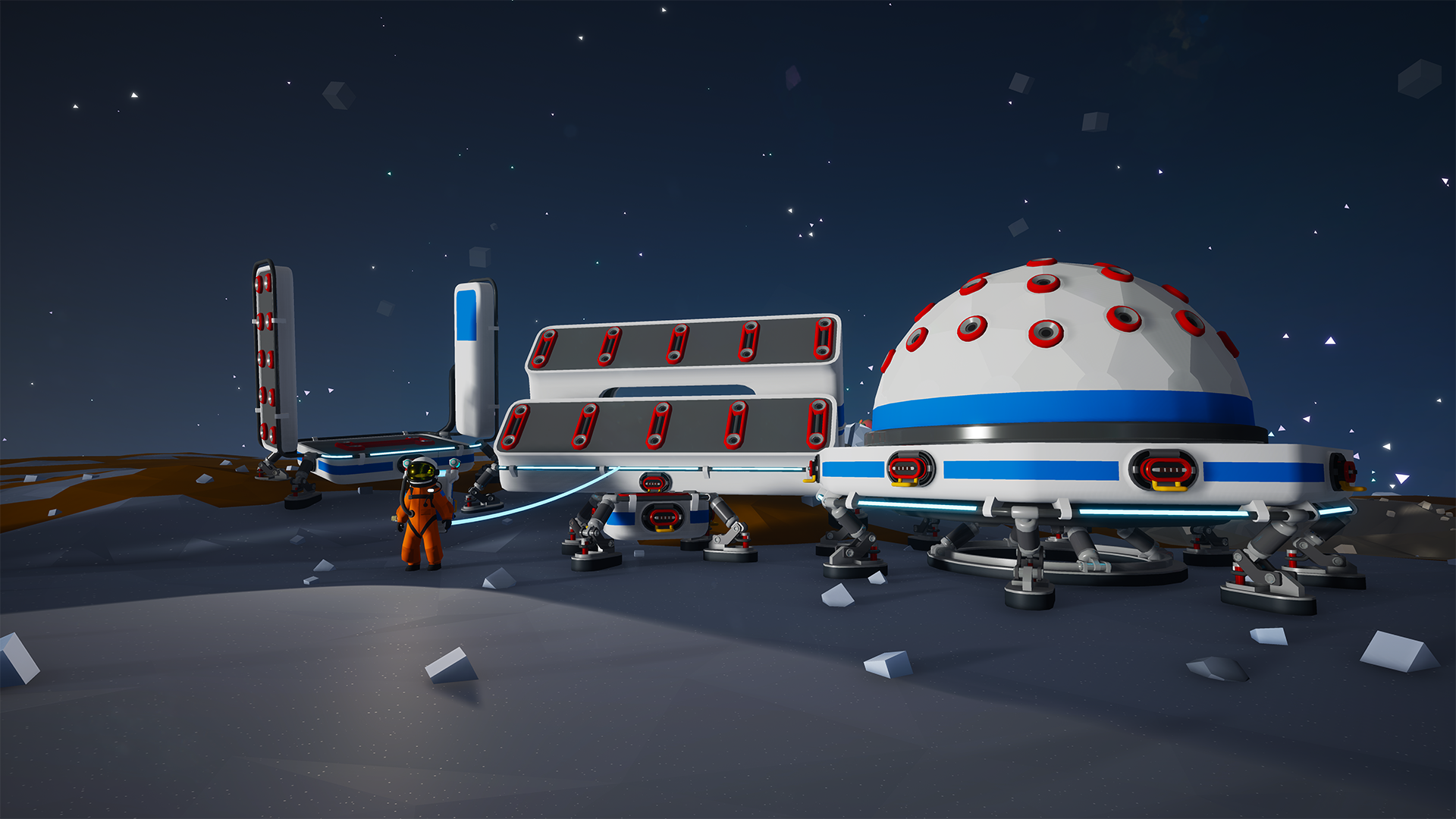 The Vehicle Bay can now be operated by a Control Panel.

A large number of the orange floating UI buttons have been removed from the game and replaced with interaction verbs. Your bases should look a bit less like a Las Vegas light show.

The default Use verb has been replaced with contextual interaction verbs. For instance the Work Light now uses the verbs “Turn On” and “Turn Off,” while Drop Pods, Habitats, and Seats now use “Enter” and “Exit.”

Items in the Catalog have been slightly reorganized.

We will be updating our roadmap a little later today. And don’t forget, we are on sale for another 24 hours, so tell a friend! Thanks for reading and enjoy!