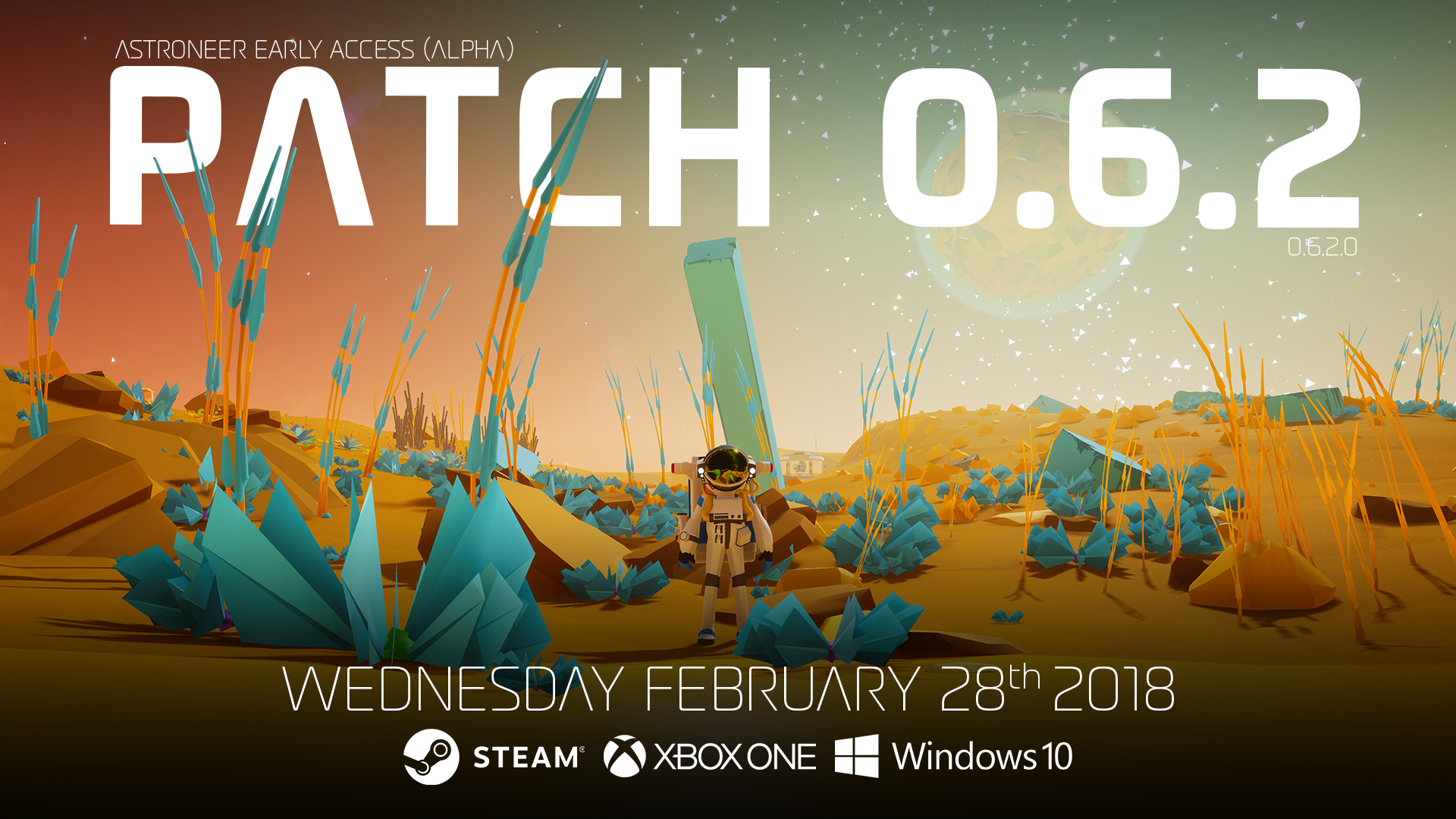 This patch addresses some issues introduced during the Basebuilding Update, as well as a quality of life addition fix for Large Storage!

You can find these updates in 0.6.2.0, the current build of the game. We issued hotfix 0.6.1 to Steam last week to address some of these issues, but are squeezing in a bit more, as well as issuing all of the fixes for Xbox Play Anywhere!

Large Storage on a Rover or on a Large Platform will now pass-through power! We are extremely excited that players are finding all new ways to plug different base and vehicle modules together, and realized we needed to add some functionality to large storage to account for that. Now generators, wind vanes, and solar panels connected to Large Storage will pass power through to the platform or vehicle they are printed on. Additionally, we are working on new platforms, storage units and more to keep expanding on the variety of configurations for bases. Details soon.

We are aware of the following issues, but they didn’t make this patch. Thanks to the users who have reported these, we will address them in our next content update, coming in March.

Thanks to everyone for the feedback regarding the Basebuilding Update! Looking forward to sharing details very soon about content in our update in a few weeks.