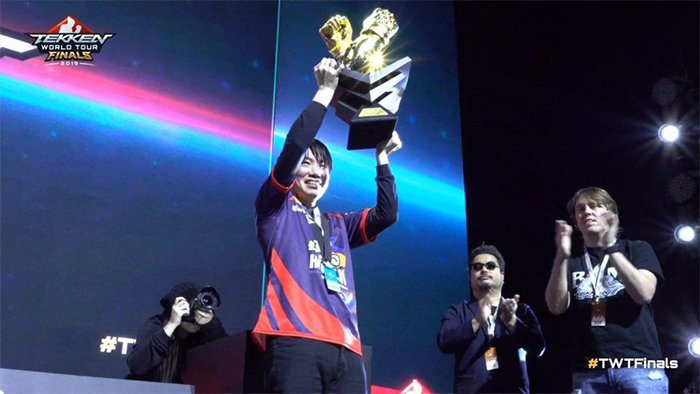 Last weekend saw one of the biggest FGC events in the world, the Tekken World Tour (TWT) 2019 Finals. The two-day event opened up with the Last Chance Qualifier (LCQ) where those who failed to secure a spot in the actual Finals were given a chance to fight for spot number 20.

The LCQ saw big-name players like Jeondding, EyeMusician, Book, AK and Gen bring their A games. Bilal (Pakistan) and AK (Philippines) found themselves facing off in the Grand Finals of the LCQ, with AK extending the matchup when he reset the bracket by sweeping the first set. Bilal rallied through after that with a sweep of his own, snatching the final spot for the TWT 2019 Finals.

On Day 2, the actual Finals opened with 20 of the best Tekken players keen on bringing home the prestigious title of TWT 2019 champion. After the tense early-round matches, 12 players were eliminated and only the Top 8 remained — Knee, Nobi, Chikurin, Double, Anakin, JDCR, Ulsan, and Lowhigh.

Contrary to fan predictions, no Pakistani player made it to Top 8. Players from Pakistan had surprised the world with very convincing wins against the scene’s top players. TWT 2019 Rank 1 player Knee, made it to Winners Finals but was sent to the losers bracket by Chikurin. In Losers Finals, Ulsan gets the better of Knee, eliminating him and earning the right to face off with Chikurin in the Grand Finals.

After a few nailbiters with back and forth momentums, Ulsan fails to win even a single win and Chikurin closed out the tournament with a convincing 3-0 win. After two years of South Korean champions, Japan has finally clinched the Tekken World Tour 2019 trophy.

The TWT 2019 Finals also revealed the remaining characters for Season Pass 3. You can check out the article below for more details. Commentator Rip also confirmed Tekken World Tour 2020, with a new year’s worth of competitions starting out in April next year.