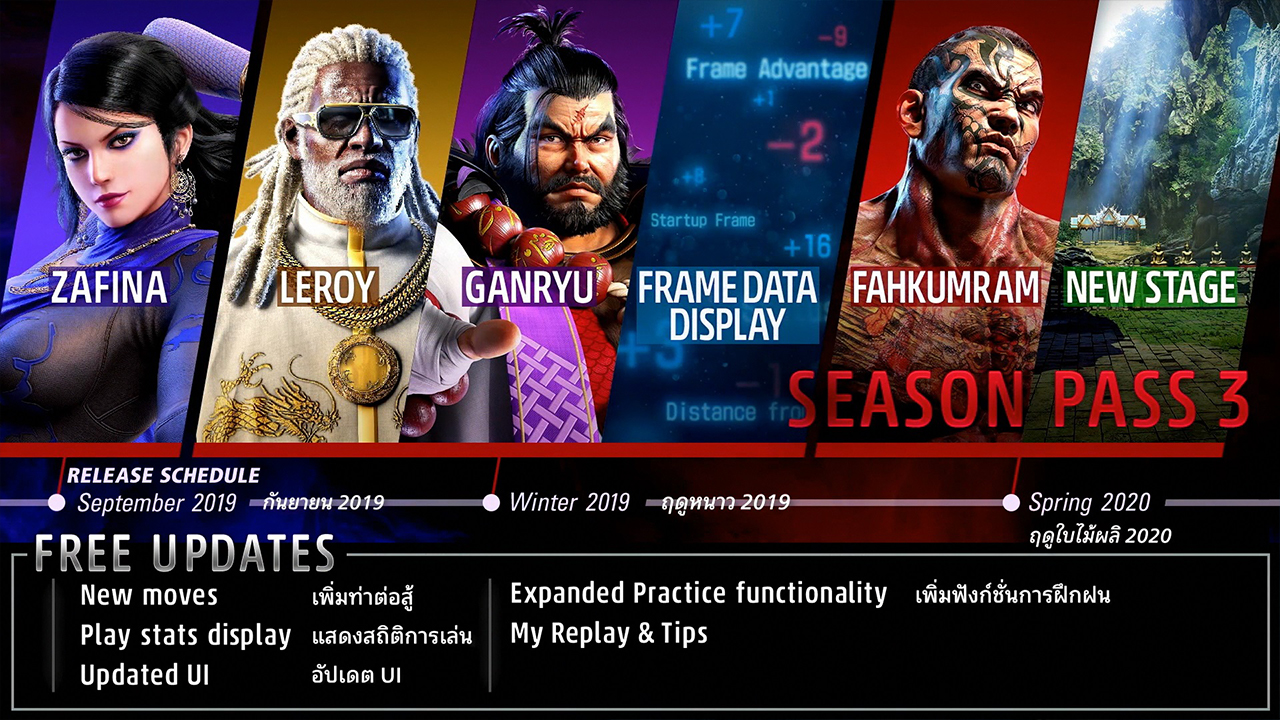 The first trailer is all about the new Muay Thai fighter, Fahkumram. Unfortunately, his announcement probably means that the previous Muay Thai character, Bruce Irving, won’t be coming back for Tekken 7. Fahkumram looks very menacing, with his body riddled with scars and tattoos. You can check out his gameplay trailer below:

Ganryu should be familiar to long-time Tekken fans. The fierce sumo champion still has the hots for Julia Chang it seems and he has taken to streaming his own content to get noticed by his beloved. His moves are still as hard-hitting as always, though, as you’ll see in his gameplay trailer below:

Lastly, we have the first gameplay trailer for Wing Chun expert, Leroy Smith. The character was first announced when Season Pass 3 was revealed, but this is the first time we see him in action. As expected of a Wing Chun practitioner, he can dish out lightning-fast punches and utilize reliable parries and counters.

Leroy and Ganryu will arrive on December 10th, together with the premium Frame Data Display feature. Fahkumram and a new stage will be added in the Spring of 2020 to complete the Season Pass contents.

Season Pass 3 launched with returning character, Zafina, back in September. It also came with free updates to the game’s UI and meta-changing balances and new moves. Additional free features will be released in a future update that will expand Practice mode and introduce My Replay & Tips.