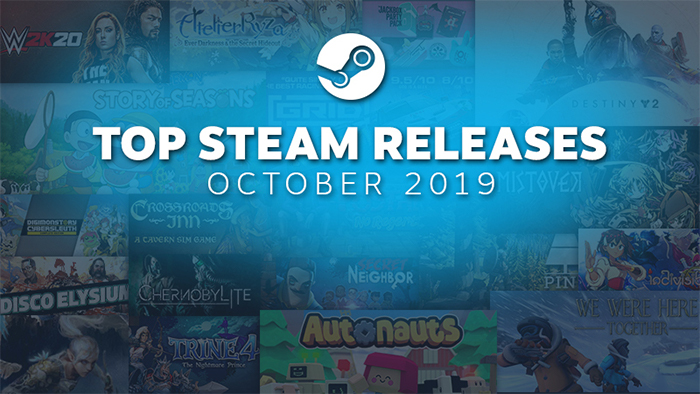 Valve has released the list of top-selling games on Steam for the month of October. Ranked in no particular order as revenue figures were not disclosed, you might be surprised to see a few of the titles that actually made the cut.

To no one’s surprise, Destiny 2’s triumphant rebirth on Steam headlines the list. You also have other big titles such as Grid, WWE 2K20, and Atelier Ryza Ever Darkness & the Secret Hideout. Breakout indie hits Disco Elysium and Indivisible also made the list.

Here’s the full list of Top Steam Releases for October 2019:

Valve determines the top releases for each month based on revenue generated during the first two weeks after a game launches. This explains why it took this long for Valve to publish the list, seeing as to how games that released at the end of October needed to go deep into November to finish their two-week run.

Valve also listed the top free-to-play games for October based on revenue. Here it is:

If you missed any of these game and want to play them now, you can get the best deals for them right here on AllKeyShop.com.