The Lunar Update is live! 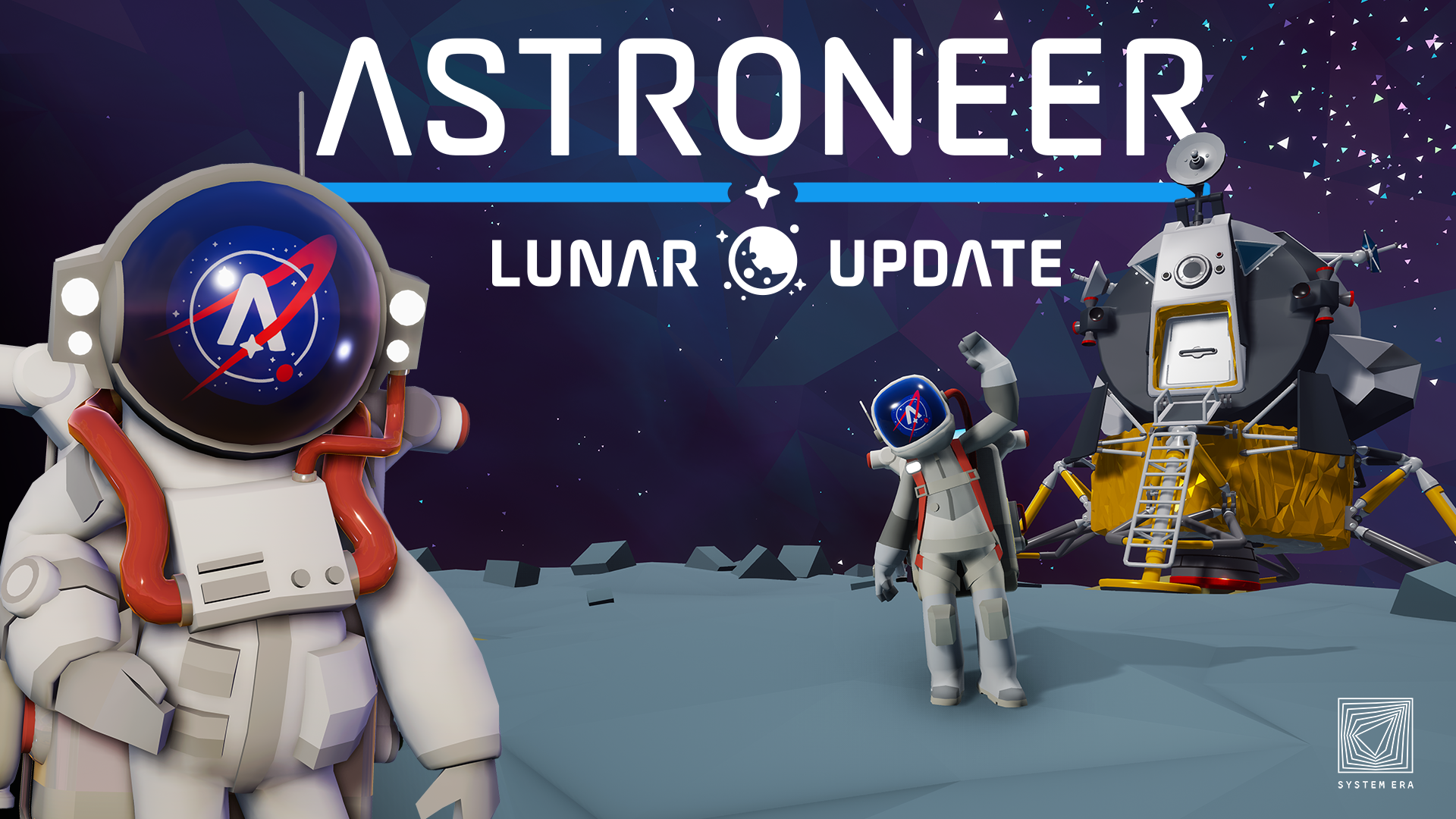 Steam players should receive this update on or around July 18th, 2019.
Xbox ‘Play Anywhere’ players can also expect this patch to hit their consoles or Windows 10 machines throughout the day July 18th, 2019.

Hello Astroneers! This month’s update is a really important one to the team at SES. July 20th is the 50th anniversary of the Apollo 11 mission to the moon, and to celebrate, this update’s content focused on commemorating this amazing human achievement that has inspired us all. We hope you enjoy and please share your LM lander images with us! ❤️

The game has been updated with even more storage and platform options for your bases! 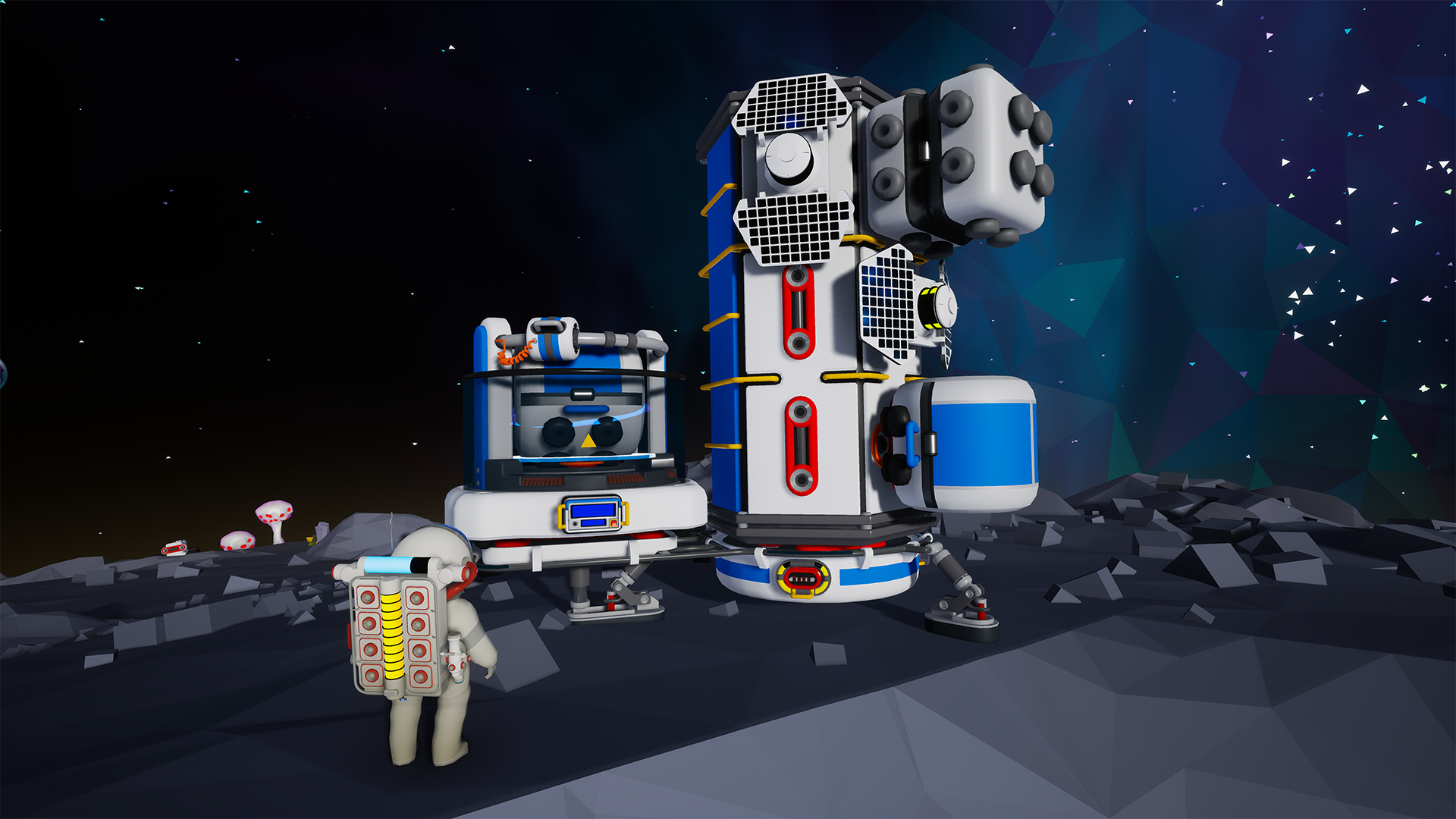 In all Astroneer solar systems, a historical lander has appeared and is transmitting mission recordings! 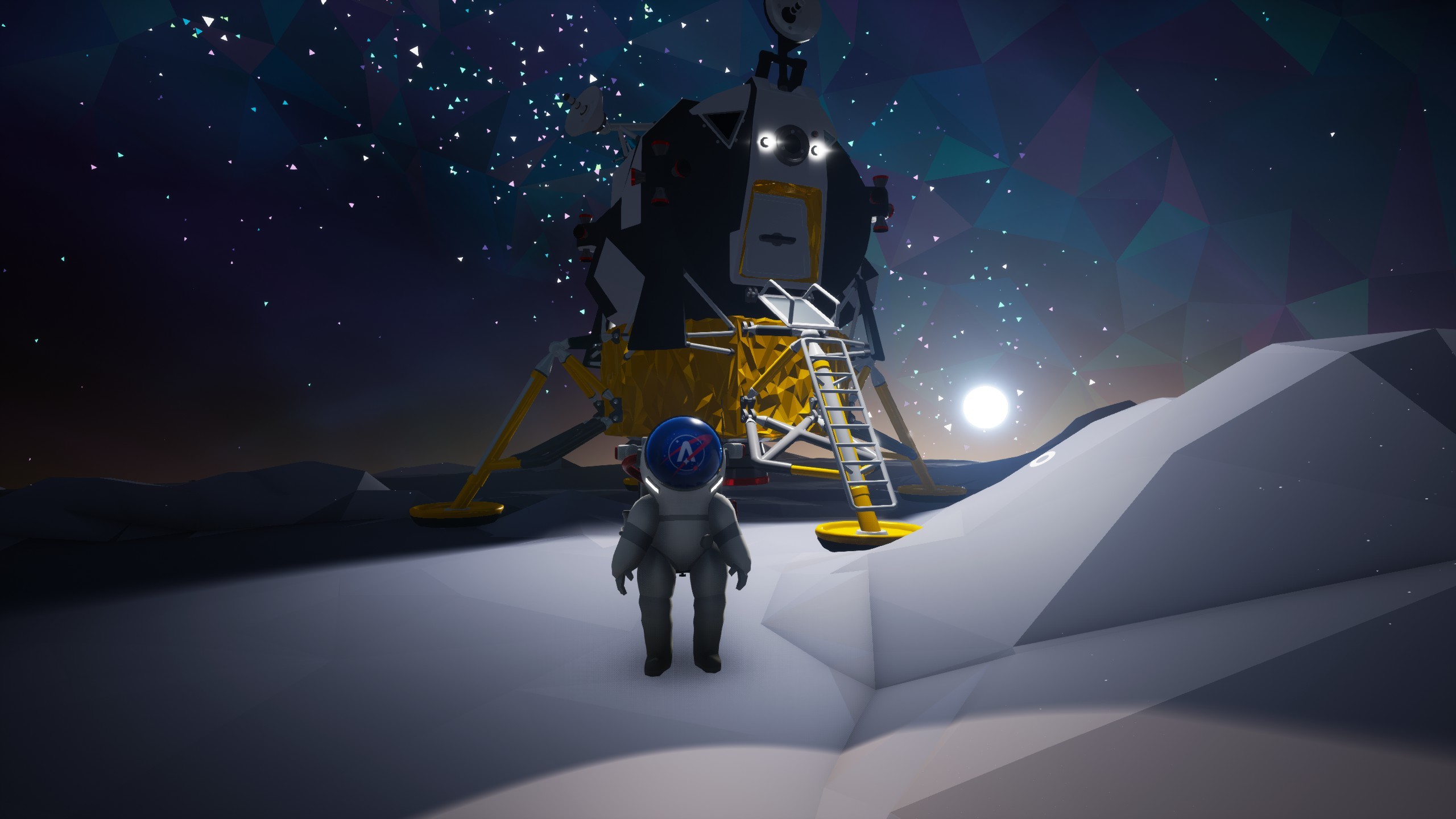 To celebrate the 50th anniversary of the Apollo 11 mission that put humans on the moon, we are running a special limited time in game event! Starting now until August 31st 2019, players who discover the iconic lander on Desolo will receive:

In addition, the LEM lander’s TV Camera is still operational, and will take photos of intrepid Astroneers that find it! Once taken, make sure to take a screenshot and share with us on social media!

EXO Surface Payload Delivery Airbags have been deployed containing firework variants that can be used to celebrate July holidays as well as the lunar landing anniversary!

Several “Quality of Life” issues have been addressed in this update

The following bugs have been fixed as of version 1.3.0.0

Thanks for reading friends! Just a few final announcements:

1. Astroneer will be at PAX West 2019 with a big announcement and some new content that will only be playable at the show! If you are planning on going, make sure to find us at Booth 6117!

2. We are really excited to announce that we have partnered up with Party City and Amscan to produce TWO Astroneer suit costumes for Halloween this year! You will be able to find them at participating Party City locations and online! You can pre order them RIGHT NOW online for yourself or the young ones in your life so they can be the coolest space explorer this Halloween!

3. Stay tuned next week for an announcement of our roadmap for the remainder of 2019! We have some really awesome free content coming your way till the end of the year and we can’t wait to share our plans.

Thanks for reading and talk soon!