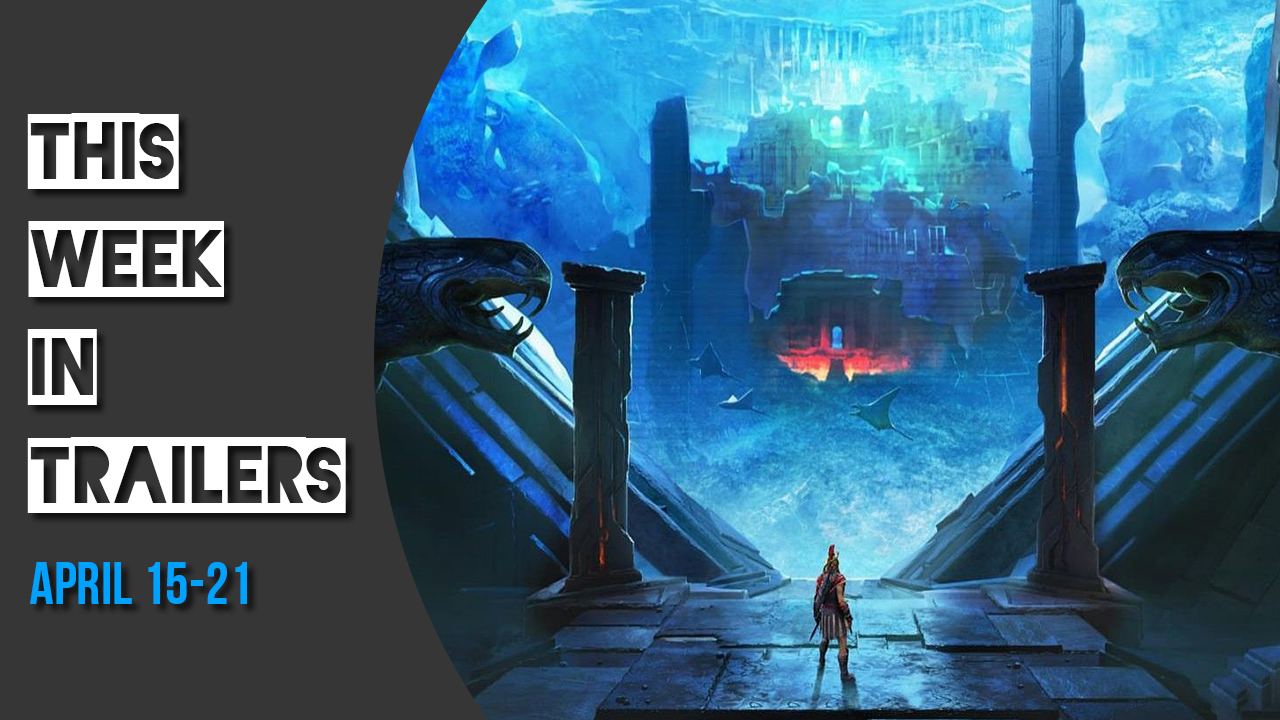 The third week of April got the most varied trailers of the month so far. We got launch trailers, a reveal teaser, a new map reveal, and a reveal teaser. So, without further ado, here’s what PC gaming looked like this week in trailers.

Old World action RPG Warhammer Chaosbane will be holding a second beta, which of course comes with its own beta launch trailer. This is a closed beta, which means that you’ll need to pre-order the game to get access. Two additional classes are playable this time around — the dwarf trollslayer and the elf scout. The beta runs until April 24th.

Borderlands — The Story So Far…

Borderlands - The Story So Far...
Watch this video on YouTube.

Gearbox is prepping fans and would-be newcomers for Borderlands 3 by recapping the series’ story so far in a series of videos. They released the first part this week which covered the events of the first game. Of course, if you just got the newly launched Borderlands Game of the Year Edition (Enhanced Version), you might want to skip this one.

If you’re among the multitude of fans who can’t wait for Mortal Kombat 11 to release next week, NetherRealm just released a new trailer that should kick your hype level to maximum. The game’s launch trailer is a mixture of gameplay and story bits, which means you get to see classic versions of characters running into their current selves.

Triternion has announced that their medieval multiplayer hack-and-slash game Mordhau will finally be launching on April 29th. If you haven’t heard of the game yet, it features 64-player battles, and smaller skirmishes, with varied modes that should scratch every type of medieval itch. You can get a taste of how the game plays in the new trailer above.

Overwatch will be getting a new Escort map called Havana soon. The map is actually available in the PTR now is you want to try it out, but you can also preview it in the trailer above. According to the game’s lore, this area was where Talon council member Maximilien operated in before an Overwatch Strike team extracted him to gain intel on Doomfist.

2003 cult-classic shooter, XIII, is getting a remake for PC that’s slated to launch late this year. XIII is a story-driven first-person shooter where players take on the role of a soldier who wakes up n Brighton Beach without his memories and only a key and a tattoo as clues to his identity. To top it off, you’re apparently wanted for assassinating the president.

The HD Remaster for 2001 RTS S.W.I.N.E. will be launching on May 23rd. The release date was announced in a new gameplay trailer that was launched this week by developer Assemble Entertainment. The game will feature pigs and rabbits going all out in fully armoured combat. The devs have also promised to address the issues that led to mediocre ratings for the original.

If you weren’t satisfied with the number of mythical beasts encountered in Assassin’s Creed Odyssey’s main campaign, you’ll be happy to know that the game’s second story expansion is about to give you a lot more. The expansion will come in three episodes, the first of which is set to launch on April 23rd, while both the second and third episodes are due out in mid-2019.

And that’s it for this week’s recap of PC gaming trailers. Make sure to drop by next week for another convenient run down. Cheers!