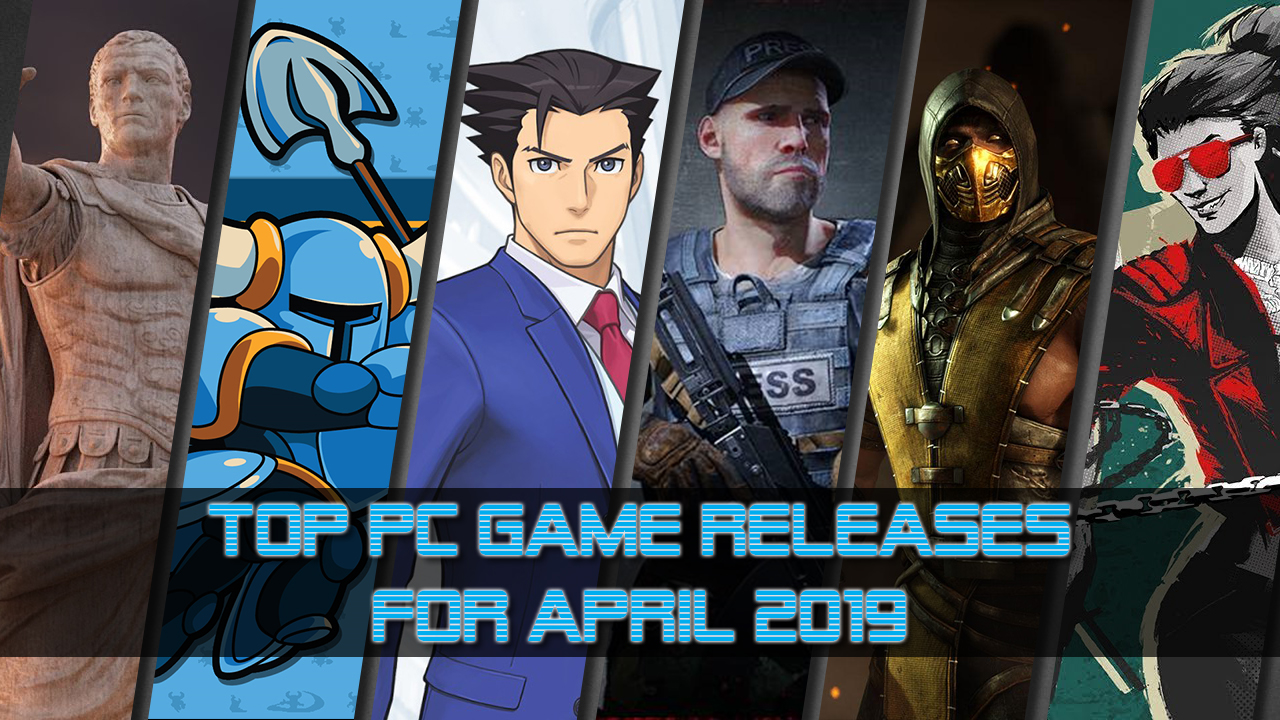 March has come and gone and now we’re at the start of another month filled with new releases. April may not be as busy as the first three months of the year, but it still has something to offer for most gamers looking for a new game to sink their time into. So, without further ado, here are the top 10 PC game releases for April 2019

A mysterious mark has suddenly appeared on the bodies of certain people and anyone branded by it soon dies of of unknown causes. In Death Mark, you have lost your memories. But, as luck would have it, you have the mark and have made your way to a mansion rumored to offer sanctuary to those who have been branded. However, nothing is what it seems, and you’ll need to find clues and solve various puzzles if you want to survive.

Super Dragon Ball Heroes started life in the arcade with physical cards that you could scan in and play with. Super Dragon Ball World Mission brings that experience to PC and consoles without the need for physical accessories. It’s basically a digital card game that features over 350 characters from the Dragon Ball franchise and over a thousand cards to play with. You can customize your avatar and go on missions. If you’re feeling competitive, you can also battle other players online.

Phoenix Wright has built up a cult following in all the years its been trapped on Nintendo platforms. Now, Capcom has finally decided to bring the courtroom drama visual novel to the rest of the gaming community by collecting three fantastic installments into one thrilling package. Phoenix Wright Ace Attorney features 14 episodes spread across 3 games, each one tasking players with solving mysteries and kicking butt in court. No objections here!

If you feel like there’s not enough arcade racers nowadays, here’s a title you’ll want to look out for. Dangerous Driving is a new racing game from the people behind the original Burnout games. It places emphasis on both speed and destruction, rewarding risky moves and opponent takedowns. It’ll feature 27 cars spread across 6 classes, 9 different game modes, and 7 distinct locations with a total of 30 courses. It will feature full offline progression plus 8-player online races.

Since Shovel Knight couldn’t make it into Super Smash Bros Ultimate as a playable character, why not just make Shovel Knight his very own party brawler. Showdown is both a free update to Treasure Trove and a standalone game, if for some reason you just want all the chaotic PVP and none of the singleplayer platforming action. Showdown feature “all the key heroes and villains” from the main game, giving players 16 playable characters for frantic 4-way battles.

Anno 1800 brings the beloved series to the Industrial Revolution where players will will have the opportunity to build the metropolis of their dreams. The new installment combines classic mechanics from previous entries with a host of all-new features. Players can enjoy a full story-based campaign along with the classic multiplayer experience. There’s also a highly customizable sandbox mode to lose hours in. Just remember that Anno 1800 won’t be available on Steam after launch.

World War Z prides itself in the sheer number of zombies you’ll see on the screen. And the game makes good use of these undead swarms too as PvP matches are made even more chaotic with their presence. The game will take players to four key locations — Moscow, New York, Jerusalem and Tokyo. There’s also six classes to choose from, each one with their own perks, plus customizable weapons that allow players to take on stronger and nastier enemies.

An angel and a demon team up to stop the apocalypse. If that premise doesn’t get your attention, I don’t know what will. God’s Trigger is a top-down co-op shooter that’s unapologetically fast, bloody and violent. Harry and Judy possess angelic and demonic powers that make for some very cinematic kills. There’s also a ton of weapons and customizable special abilities available, allowing players to mix, match and experiment to maximize the experience.

Netherealm is taking a breather from all the superhero stuff to bring back its very own brand of over-the-top violence with Mortal Kombat 11. With time travel back on the table, players will get to see some epic showdowns between classic and current versions of their favorite characters. The fatalities are back as well and are something to behold, unless you’re the type of person who can’t hold in his lunch after seeing a man being split in half from the inside out.

If Anno 1800’s city-building and management isn’t your type of strategy, maybe Imperator Rome’s grand strategy is more your thing. The game spans the chaotic period between Alexander’s Successor Empires to the foundation of the Roman Empire itself. Keep track of several unique characters with their own skills and traits. Manage your colonies and your coffers while keeping tabs on the happiness of your citizens. Strengthen you military might and impose your will on rivals.

And that’s it for the top 10 PC game releases for April 2019. If you’ve exhausted your library or are maybe just looking for something different before you head back to whatever game you’re supposed to be grinding in now, you should be able to find something worth your while in this selection. And as always, you can get the best prices for these games right here at AllKeyShop.com. Cheers!