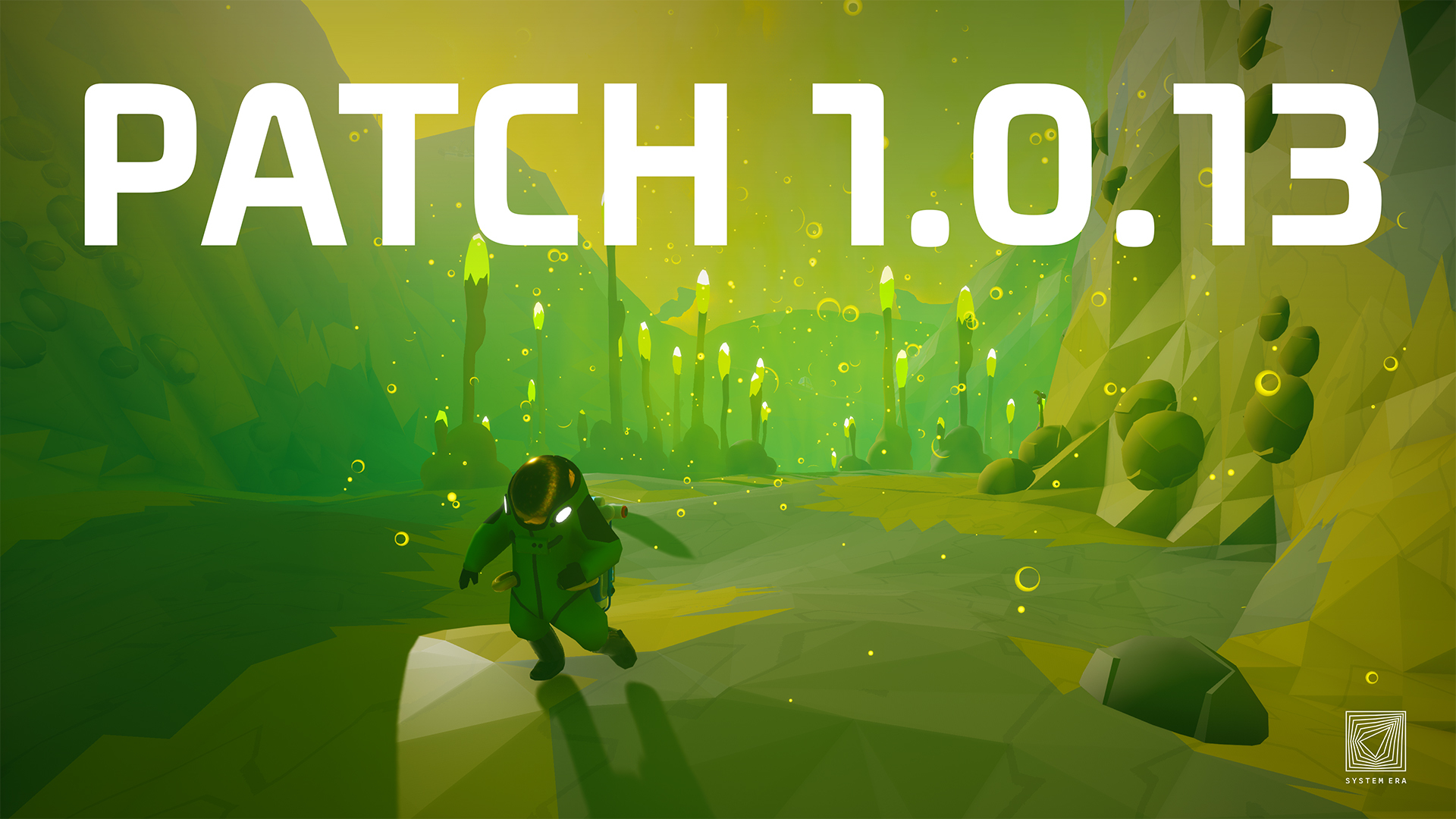 The primary focus on this patch was to continue addressing the most pressing performance concerns! When comparing with exisiting saves, we saw significant framerate improvements. Some more big performance changes are being tested and worked on right now, which should further help with performance, especially in multiplayer sessions. We are definitely not done optimizing, but this was a much needed big first step.

This patch includes a rework of the algorithm that drives the placement of new tethers in a network. The new algorithm should greatly reduce the hitches players see when placing tethers in a big network across all platforms, leading to improved performance in single player and multiplayer games. This is the first part of a two-step fix to this system, the next portion coming in a future patch.

The rework of the algorithm has somewhat changed the connection behavior of tethers. The impact of this change is not only on performance, but also in far more predictability and control over what will happen when you drop or pick up a tether.

Here is a summary of what’s changed and what remains:

A number of overall performance improvements are included in this patch.

Sorry that this one took a little longer than expected, there are some big changes to some core systems here and we needed more time to test! We are going to be at SXSW, GDC, and PAX East this month so if you are going, come say hi to us!

Also, ICYMI, the wonderful people at Noclip came to the studio to talk about Astroneer’s history, you can watch the full documentary here:

The Untold Story Behind Astroneer's Difficult Development
Watch this video on YouTube.
Cheers!