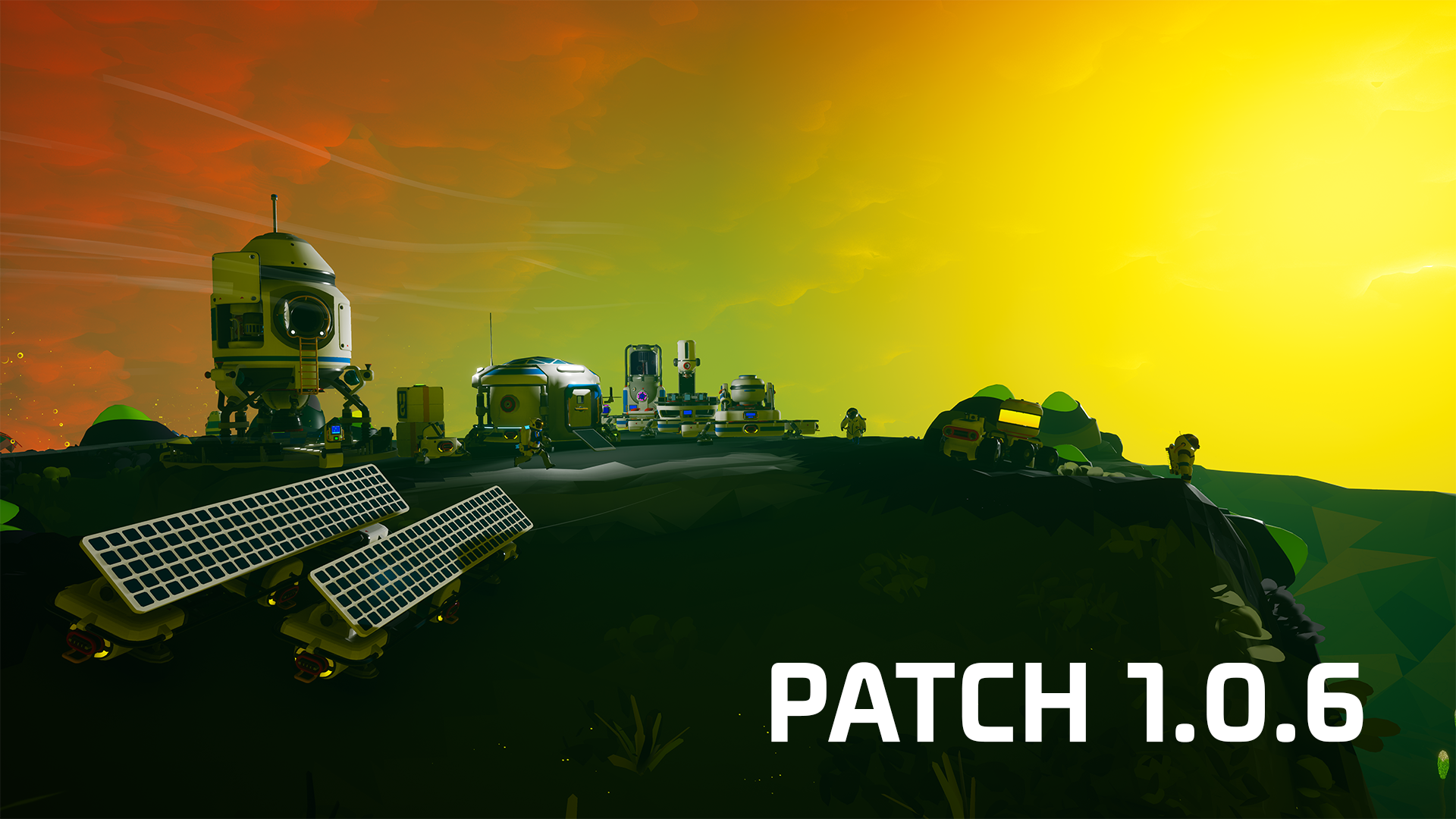 The primary focus of this release is addressing the top crashes we are seeing out in the wild. This patch also contains some performance improvements and other bug fixes.

Also, in case you missed it, we updated our roadmap today to reveal what the first three post 1.0 updates will be! You can read all about them here: ASTRONEER ROADMAP[trello.com]

Looking forward to crushing all of these gameplay bugs and continuing to improve performance next week!