The Crafting Update is live! 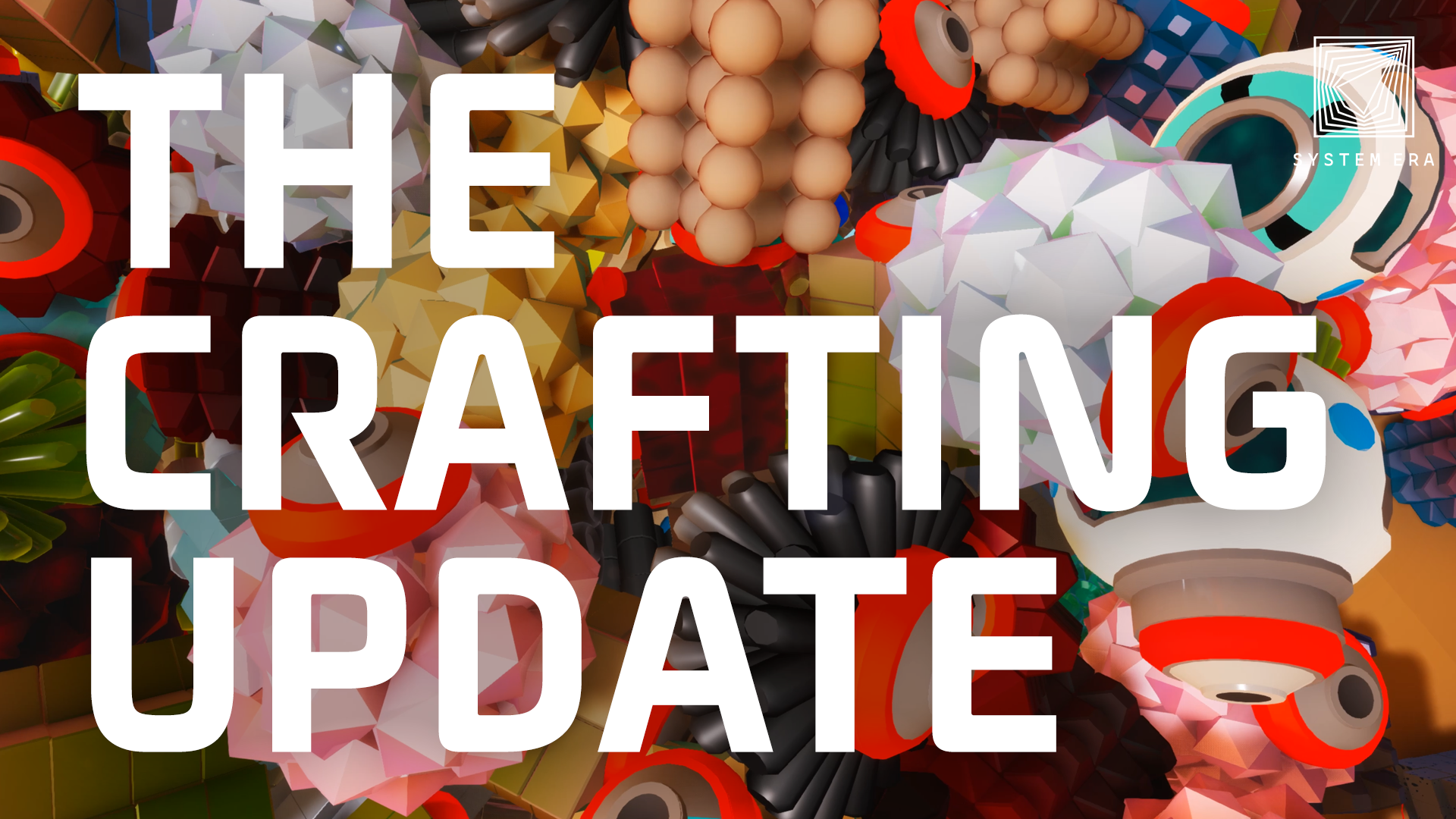 Update 0.10.1 contains a complete overhaul to the crafting and progression systems, including new resources, minerals, recipes, modules, and a new shuttle! Watch the trailer here:

In order to prepare for new items that will be added in 1.0 as well as creating a progression that encourages exploration, we have overhauled the progression of crafting. There are now new resources in the world to gather, completely new craftable resources, and a new resource type, Atmospheric! Now, in order to craft everything in the game, Astroneers must travel to different planets. Progression now happens in a few stages:

Stage 1: Gathering resources with your terrain tool. In addition to the existing in-game resources, there are several new mineral deposits found throughout the world, and different densities of those resources on different planets.

Stage 2: Smelting and Refining resources. Like the current version of Astroneer, step two requires smelting and refining materials. There are new smeltable resources, be sure to check their UI card for more details!

Stage 3: Extracting resources from soil. This system has gotten a complete overhaul. Rather than just extracting all resources, the newly dubbed Soil Centrifuge’s role is now to help Astroneers extract common resources without all of the manual labor. This should allow players to focus on finding rare resources and automate the process of gathering items like compound and resin.

Stage 4: Compositing two resources together. Stage 4 now requires some science! In order to create rare composite resources, Astroneers must use the “Chemisty Lab” to combine resources from the above steps. Rare resources will now sometimes require a specific atmospheric gas to create.

Stage 5: Collecting Atmospheric Resources. As mentioned above, Atmospheric Resources are a new resource, and the new Atmospheric Condenser is the way to gather them. Not all atmospheres have every gas, and some have higher concentrations of gases than others, so make sure to visit new planets in order to collect all gases for crafting!

A new ore has been added – Sphalerite. Sphalerite can be smelted into Zinc, and is found above ground and below ground on most planets.

New types of resource deposits have been added – Quartz, Clay, and Graphite.

The following new crafted resources can be created at the Chemistry Lab:

The following new atmospheric resources can be gathered using the Atmospheric Condenser:

To enable early game exploration of new planets, two new items have been added: the Solid-Fuel Thruster and the Small Shuttle.

Recipes for many of the objects in game have changed! The goal of these changes is to give each item a clearer place in the crafting and gameplay progression. We hope players will now have a much more gratifying sense of progression as they unlock and craft new technology!

Because this is such a big change for the game, we’d love to hear your thoughts and feedback on the forums.

The Catalog has received a visual redesign! We heard your feedback loud and clear on this, and with all the new recipes, we decided to overhaul the catalog and the information provided within. We hope that players will now make better informed decisions when spending bytes and planning out progression!

Collectible power nuggets and oxygen nuggets have been removed from the game!

Hovering over the required Resource holograms on printers now displays information about obtaining that Resource in their Tooltip. There are tons of new things, so this should help players find the resources they need!

The following live issues have been fixed as of version 0.10.1.0:

Thanks for reading! This is a big change for the game, and we would love your feedback. Use this thread to give us your thoughts![forum.systemera.net]