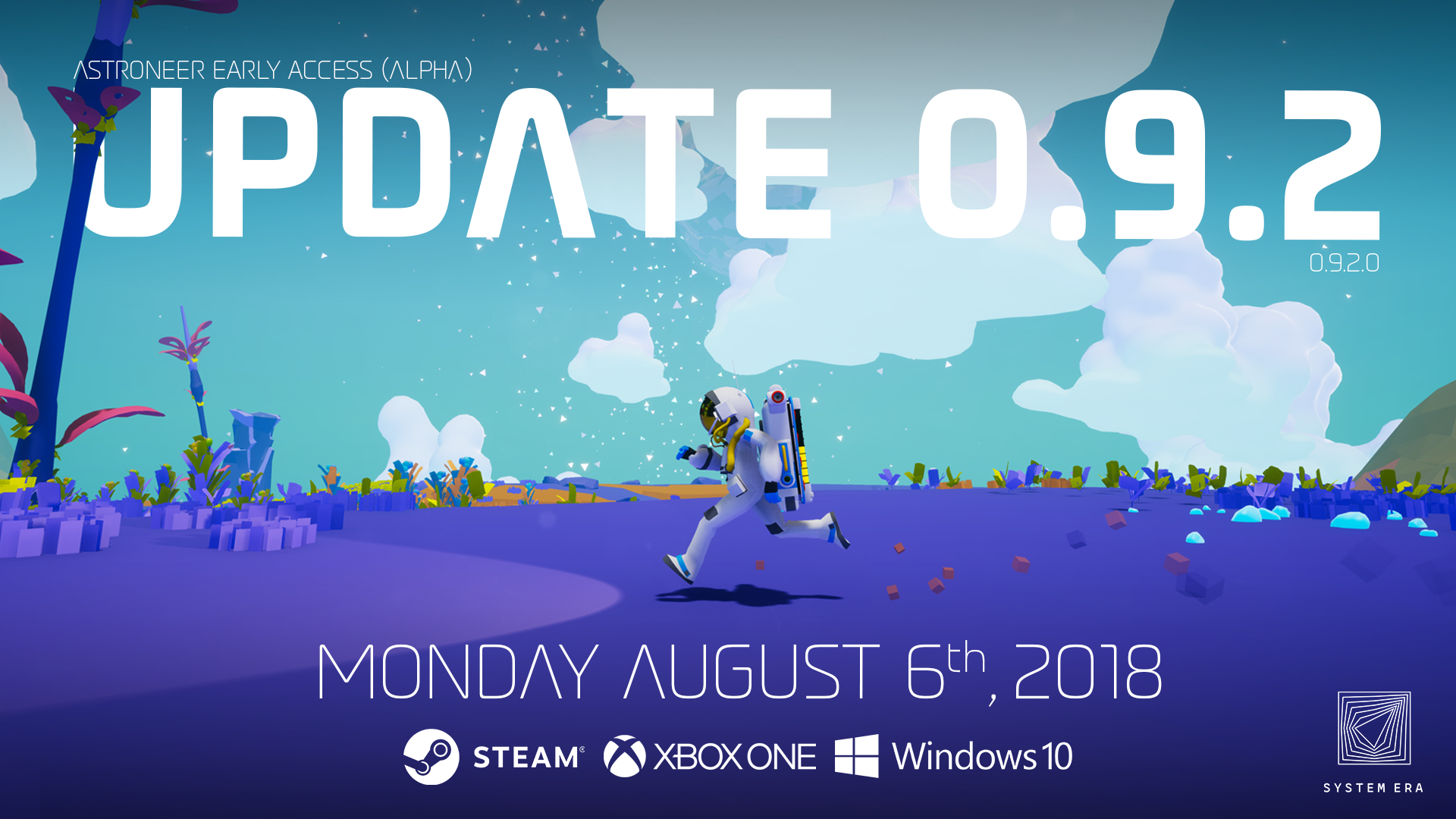 Update 0.9.2 contains the groundwork for extensive changes to the crafting and resource systems, as well as additions to printer lists and changes to printers overall!

New resource deposits have been added to the solar system! Titanite, Wolframite, and Hematite deposits can now be found on the surface of planets and in caves. But you won’t be able to find all of these on Terran, intrepid Astroneers will have to travel the solar system in order to find the new resources. 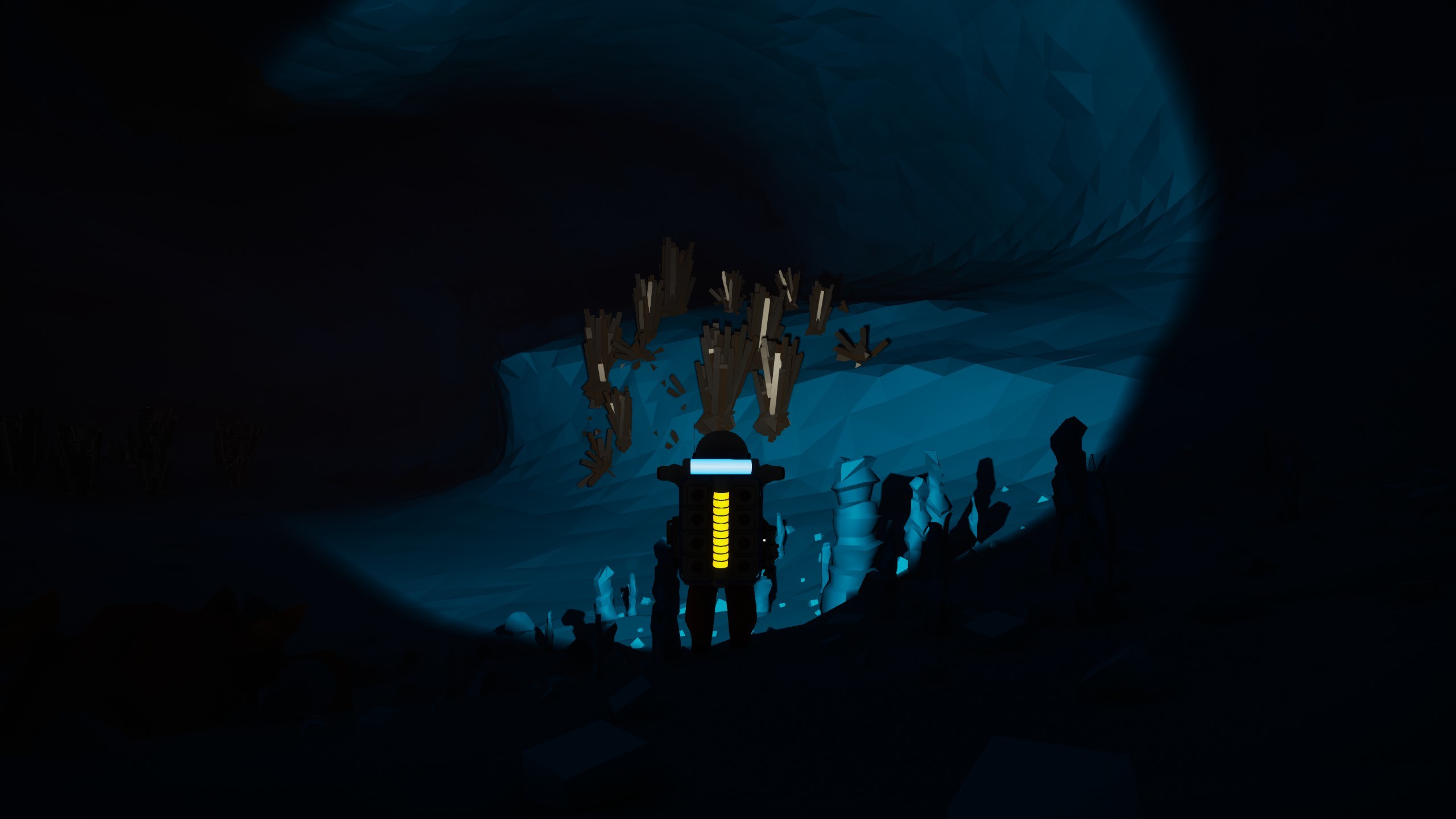 New recipes have been added to include these new smelted resources! New resources need new recipes to print them! These are just a few items that will be using this new resource progression, be on the look out for more items in updates very soon.

– Medium Printer has been removed as part of an ongoing effort to streamline crafting. With the introduction of the Small and Medium Fabricators, the Medium Printer became increasingly redundant and created confusion about where objects can be crafted.

– Thruster is now a craftable object. It is available in the Catalog for 2000 Bytes and prints from the Small Fabricator for 2 Tungsten.

– The respawn rate of Harvestables has been positively adjusted!

– EXO wrecks can now be found in caves! Adventurous Astroneers will also discover new large wrecks on the surface that hint to each planet’s theme.

– The orange launch button has been removed from the Shuttles. You can now use the Auxiliary keys (Z / X on keyboard or RB / LB on gamepad) to launch into orbit.

– Beacons have received an update and a bug fix.

The following live issues have been fixed as of version 0.9.2.0:

A number of frequently occurring low-level crashes have been fixed, increasing overall stability.

KNOWN ISSUES
The addition of new Wrecks and Discovery types will cause terrain seams in old saves. This will no longer be an issue once Terrain 2.0 gets rolled out!

Thanks for reading! Can’t wait to see you all at PAX in a few weeks to talk about some really exciting news related to Terrain 2.0! Keep an eye out on our Youtube channel about the next info related to what we are bringing to Pax West!

PS: RIP MEDIUM PRINTER, WE WILL MISS YOU ❤️