The Voice Props DLC pack is available today for $12.99! Blast out some music with the Boom Box, intimidate your neighbours with the Megaphone and Microphone Stand, phone a friend (or enemy, or stranger) with the Mobile Phone, and more. But because Rust is a hardcore PvP survival shooter, we also knew we needed to finally remedy its most obvious omission – a disco.

This DLC pack includes a range of new items that allow you to record, stream, project and playback audio, as well as accessorize your base with some disco themed props. It also includes three new dance gestures and 7 achievements to unlock.

Cassettes can store snippets of audio and can be used in a variety of ways. To record audio onto a Cassette, simply insert it into a Cassette Recorder and hit RMB to record. Cassettes come in 10, 20 and 30 second varieties. Once audio is recorded onto a Cassette you can press LMB to play it. You can also throw the Recorder with the Reload key, handy for sticking it on to vehicles or structures.

If you’d like to not hear recorded audio (for streaming purposes) you can disable it in the Options menu. 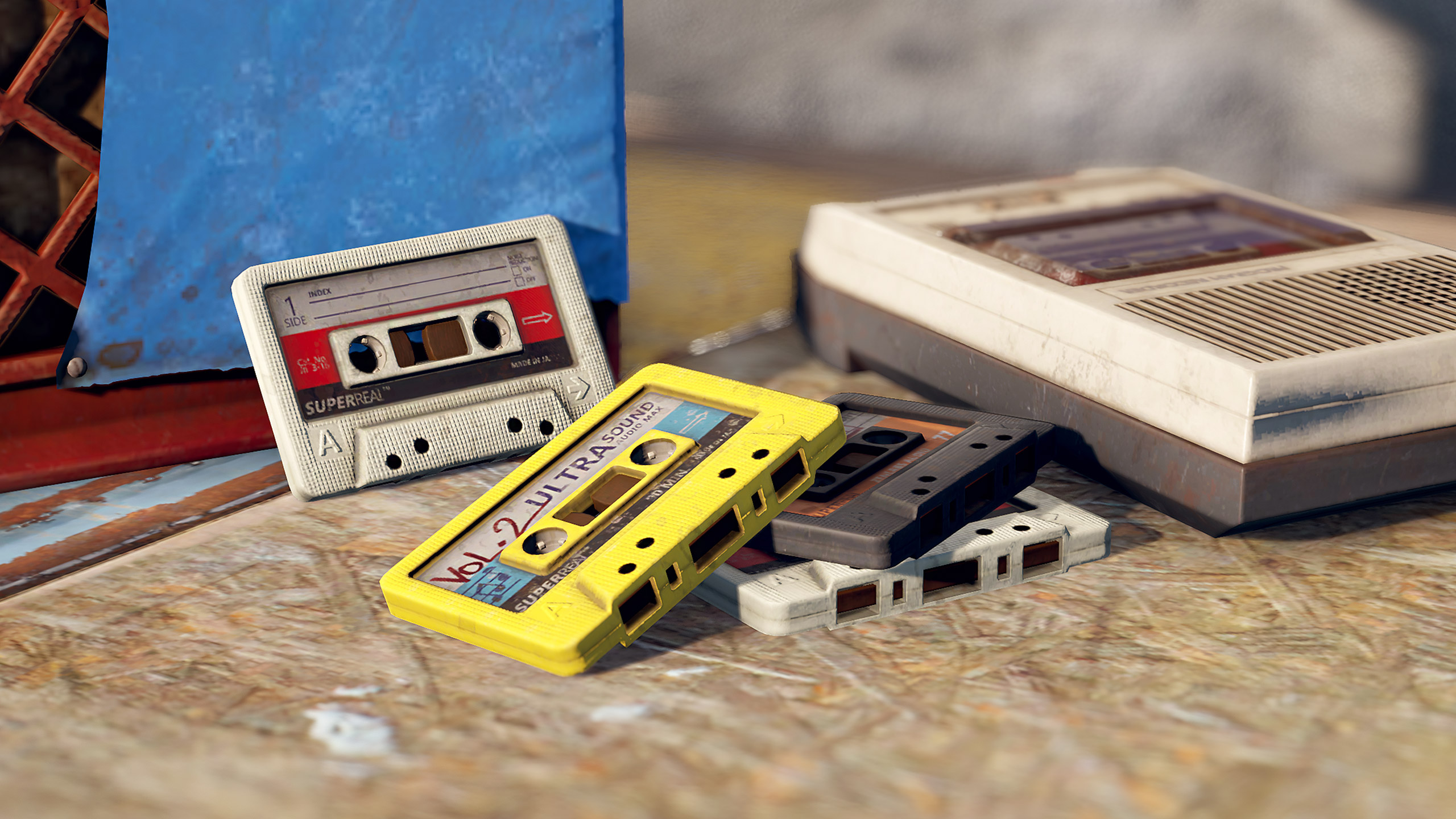 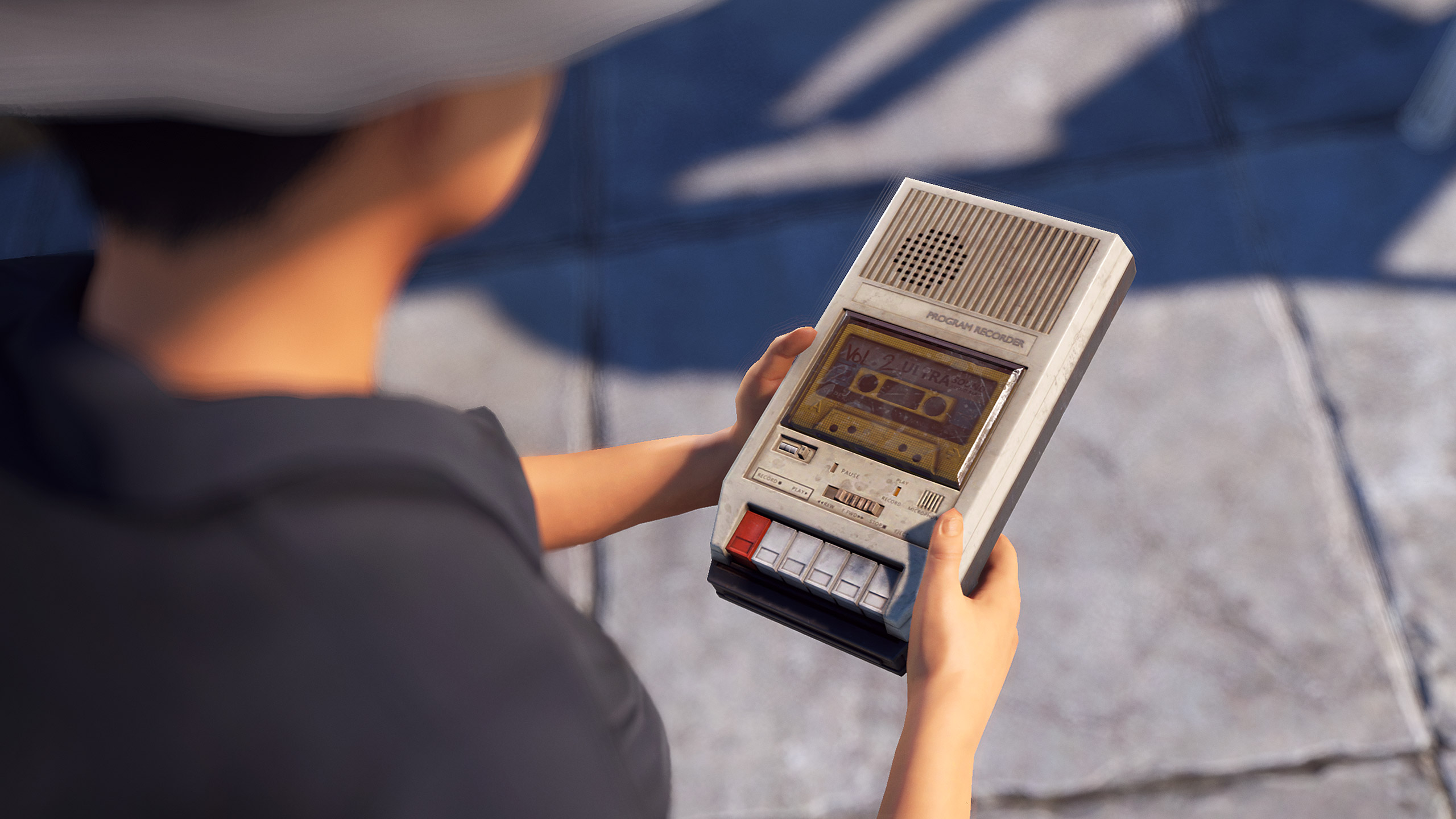 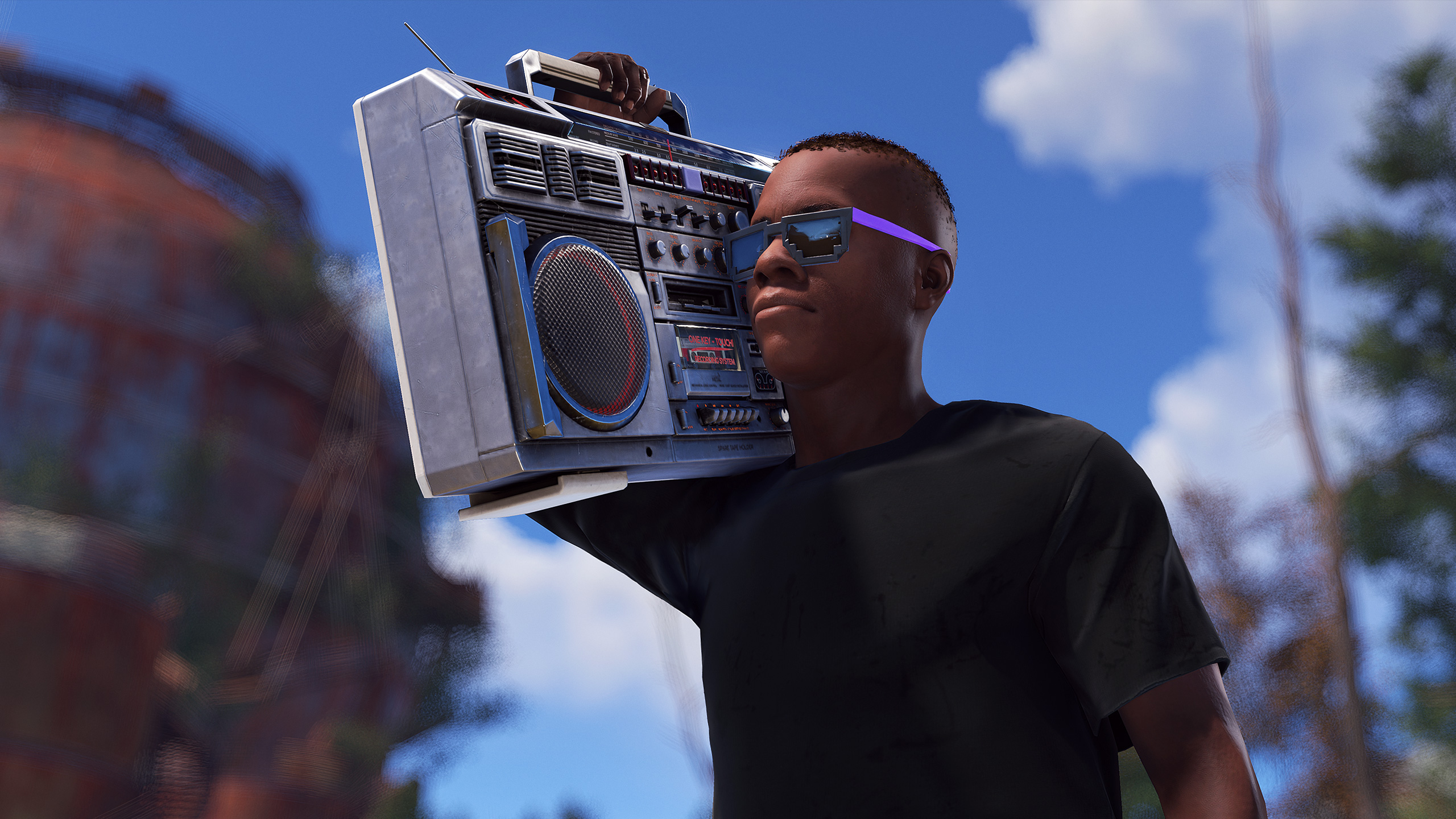 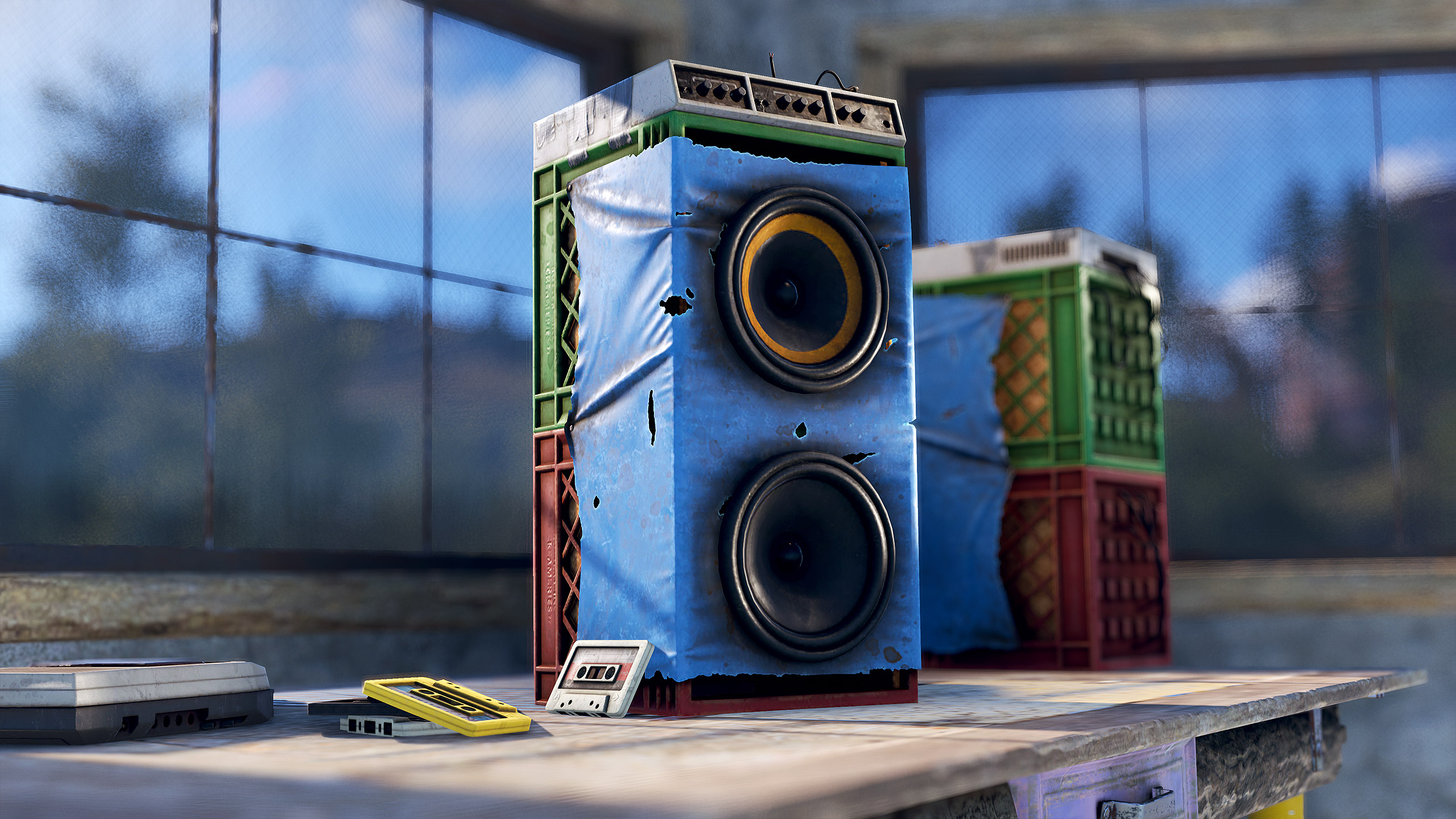 To stream audio from the internet you’ll need to open the settings and select a channel. A few notes on this system:

Deployed Boom Boxes can also be connected to other audio entities via the Audio Out IO port.

You can project your voice to friends and foes with the Megaphone and Microphone Stand. 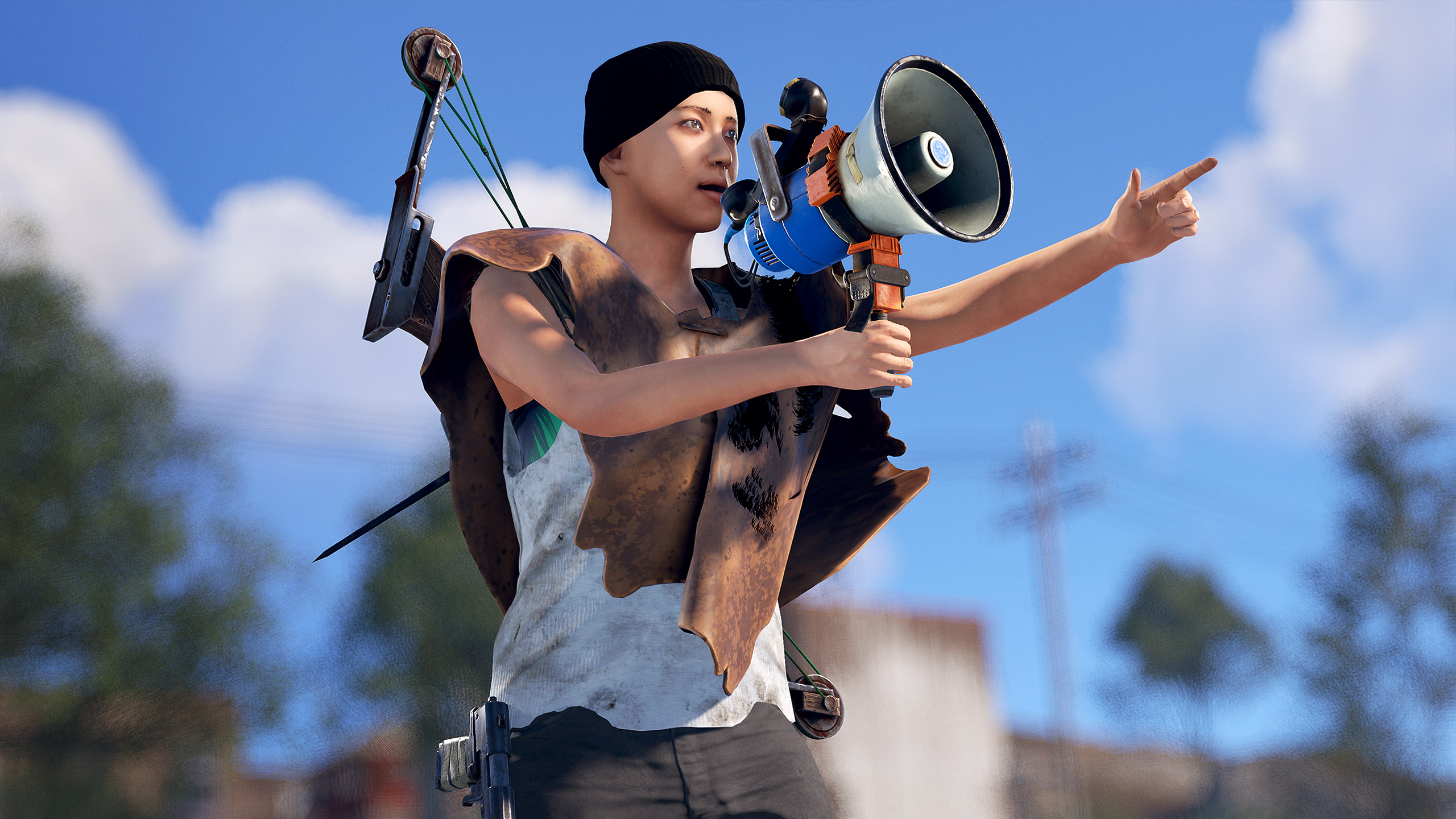 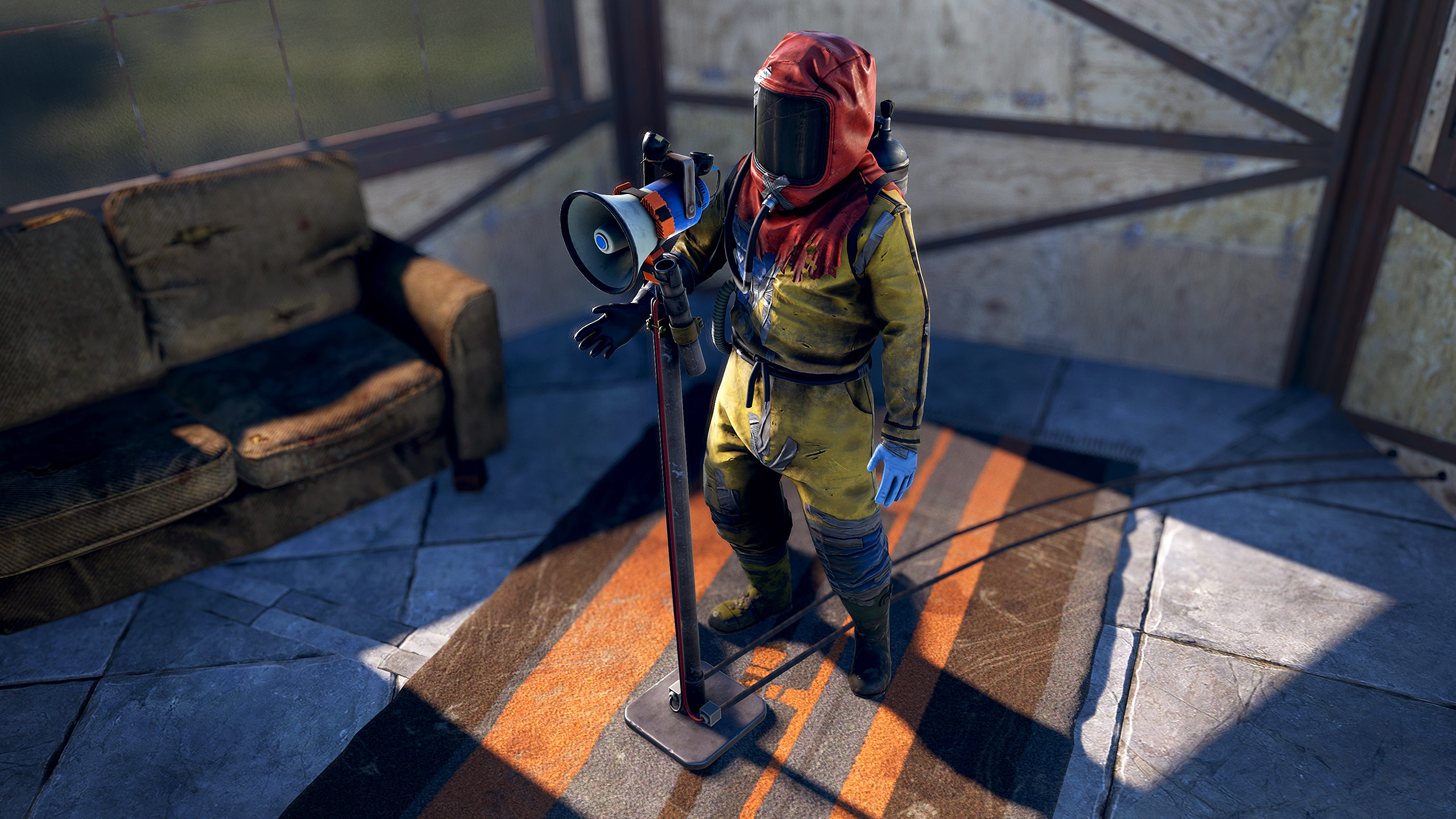 The Megaphone is a held entity that you can use while out and about. Hold LMB to activate it and broadcast your voice. While holding LMB you won’t need to press your push to talk key if push to talk is enabled.

The Microphone Stand is a deployable version of the Megaphone that requires power. It has two different voice modes to modify your voice (squeaky and deep) and has an Audio Out IO port like the Boom Box to connect to other props in the DLC pack.

Give your base some late night disco vibes! Use the Disco Floor, Laser Light, Connected Speaker and Sound Light to set up a dancefloor that will make your neighbours jealous. 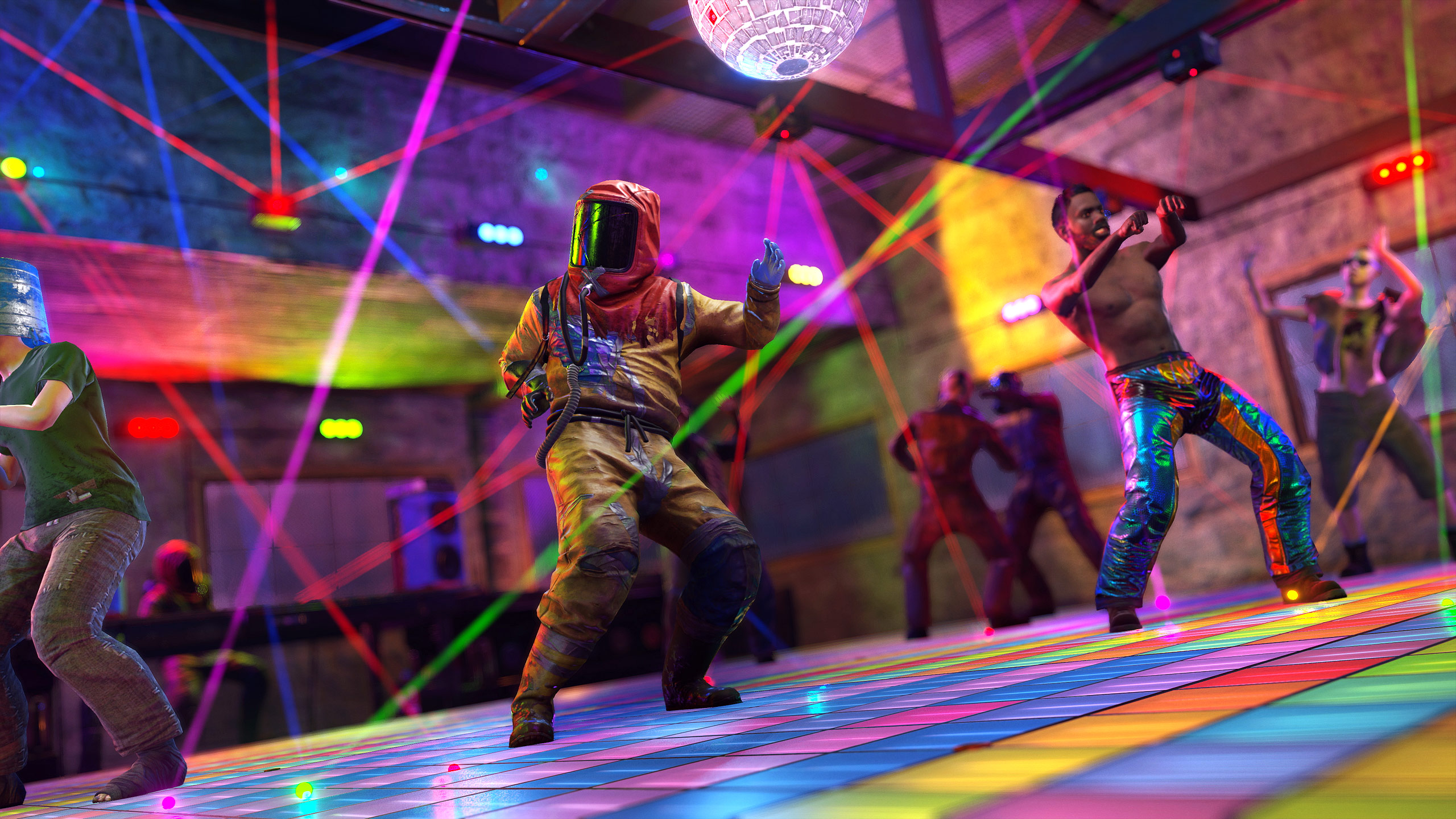 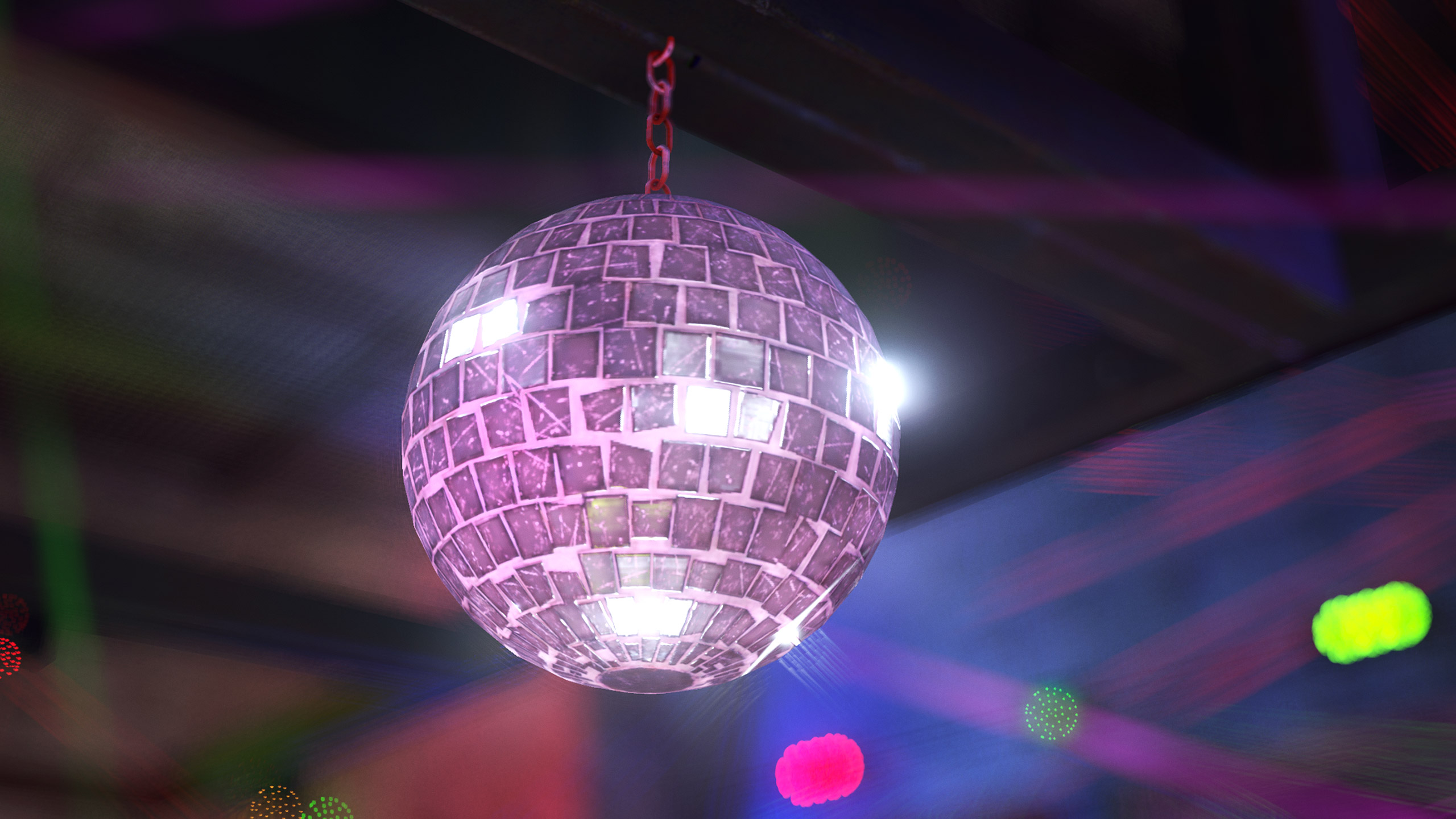 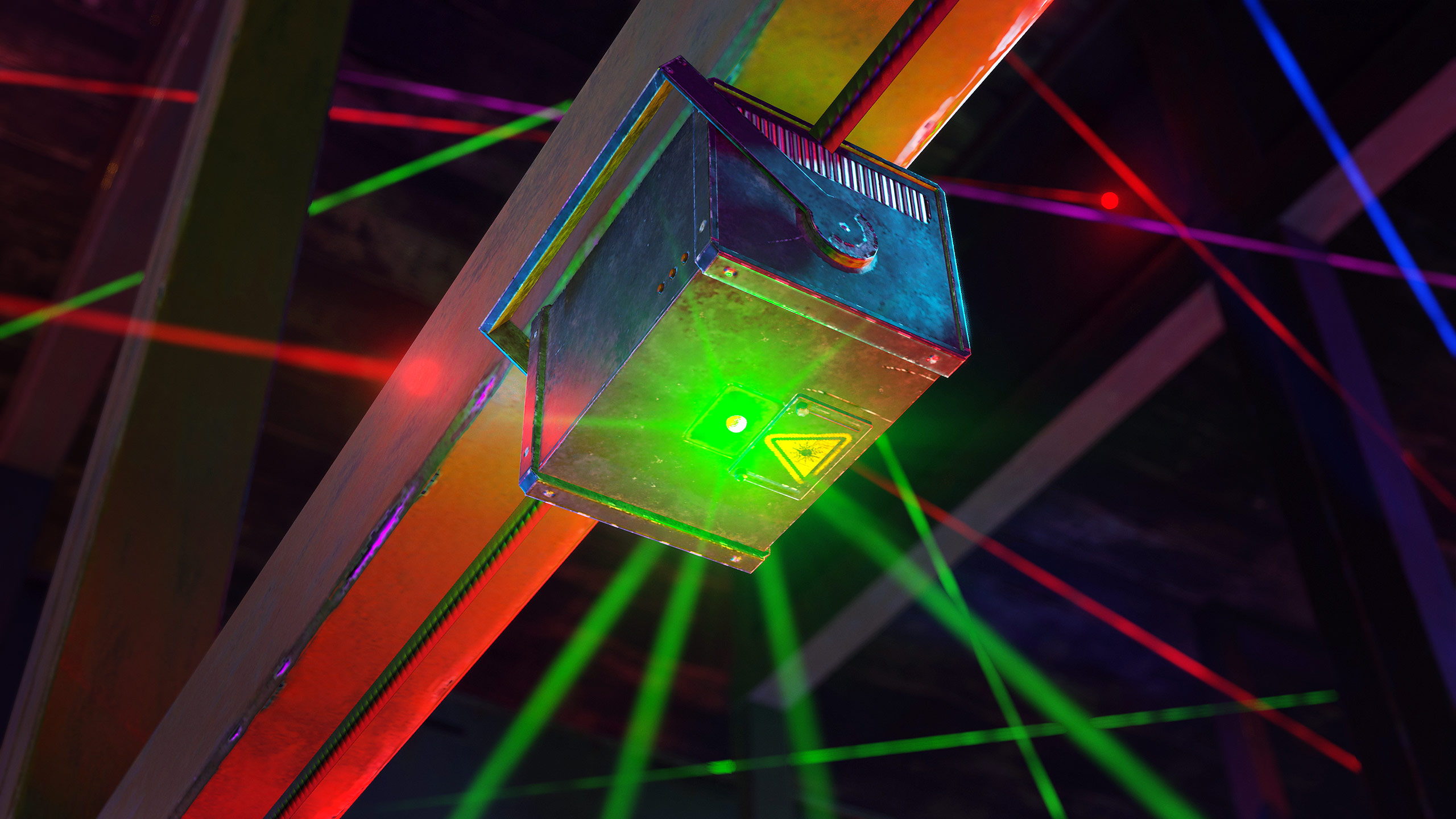 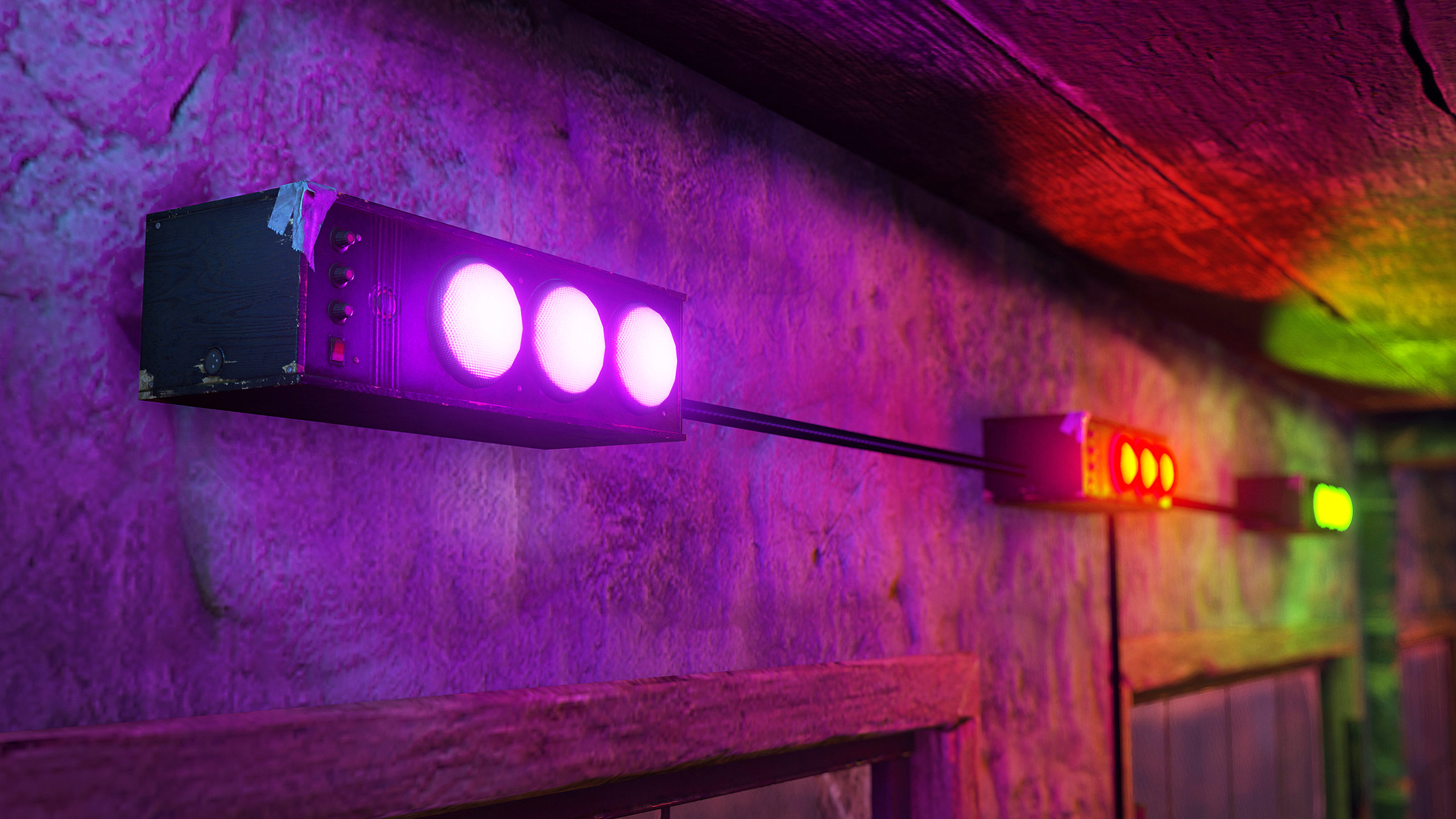 All of these props have an Audio In IO port so you can connect them to an audio source (like a Boom Box or Microphone Stand) to make them react to any playing audio.

The Connected Speaker will rebroadcast any audio from an audio source that it’s connected to, so you can play music throughout your entire base or hook them up to a Microphone Stand to make a base wide PA system.

A dancefloor is pointless without dancing, so this DLC pack includes three new dance gestures. Unlike the existing gestures these dances will loop endlessly and you won’t be able to move while dancing. To cancel a dance you can just press a move input, jump, crouch or hit LMB. 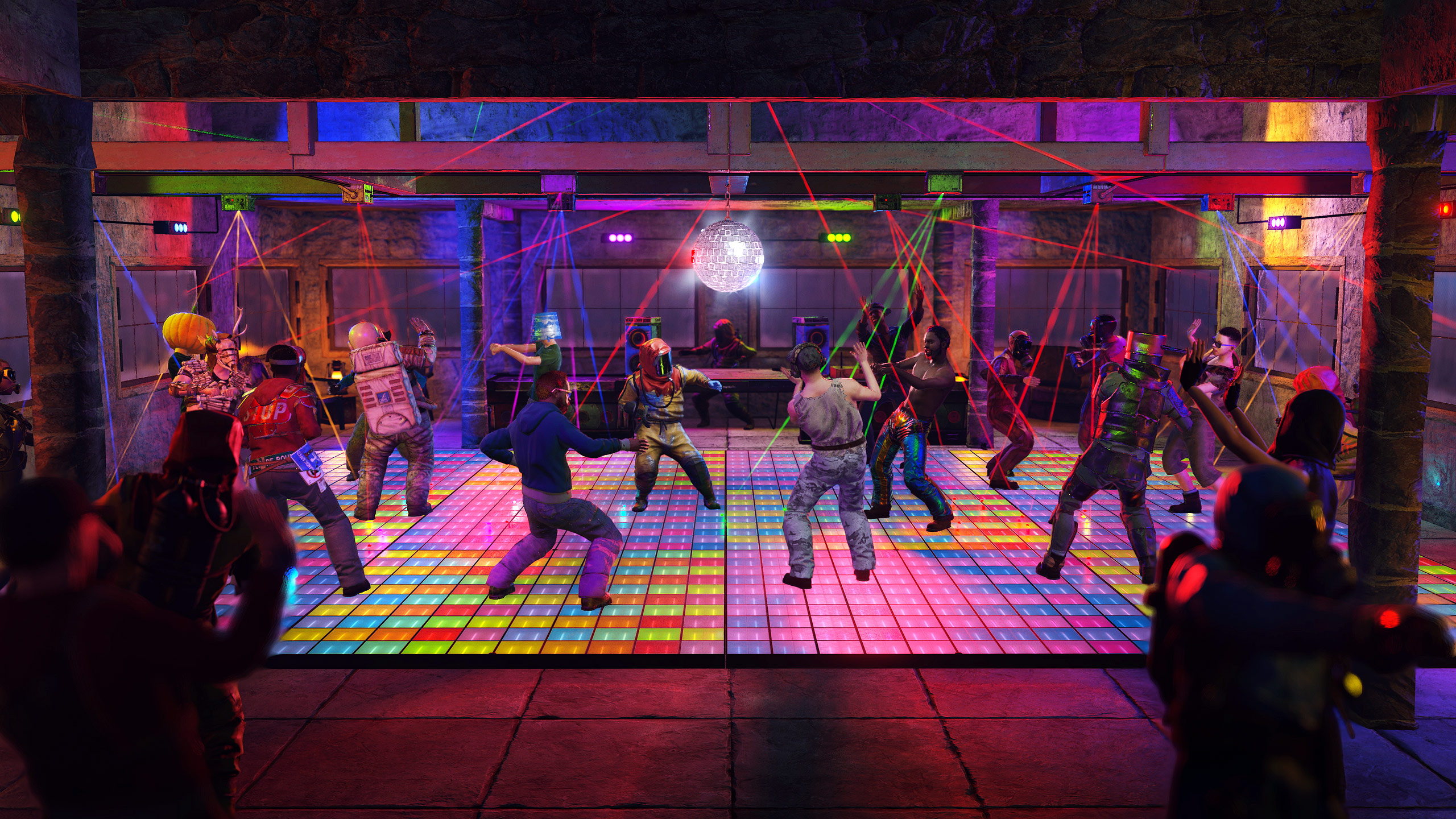 Take calls on the go – and stylishly – with the latest in telecommunications technology on the island: the Mobile Phone! Giving you access to the telephone system from anywhere on the island. You can open the dialler with LMB and still move around while chatting. 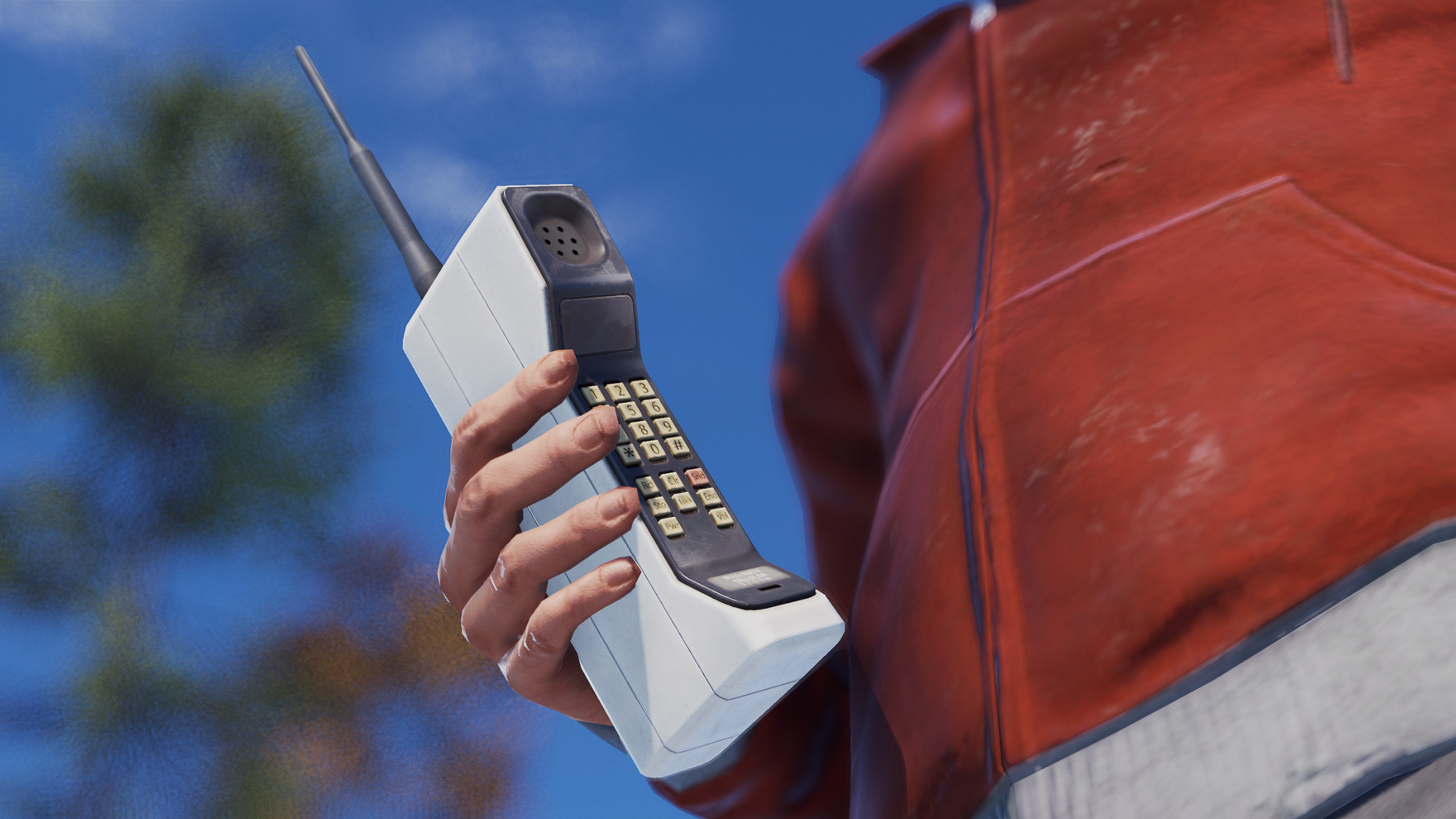 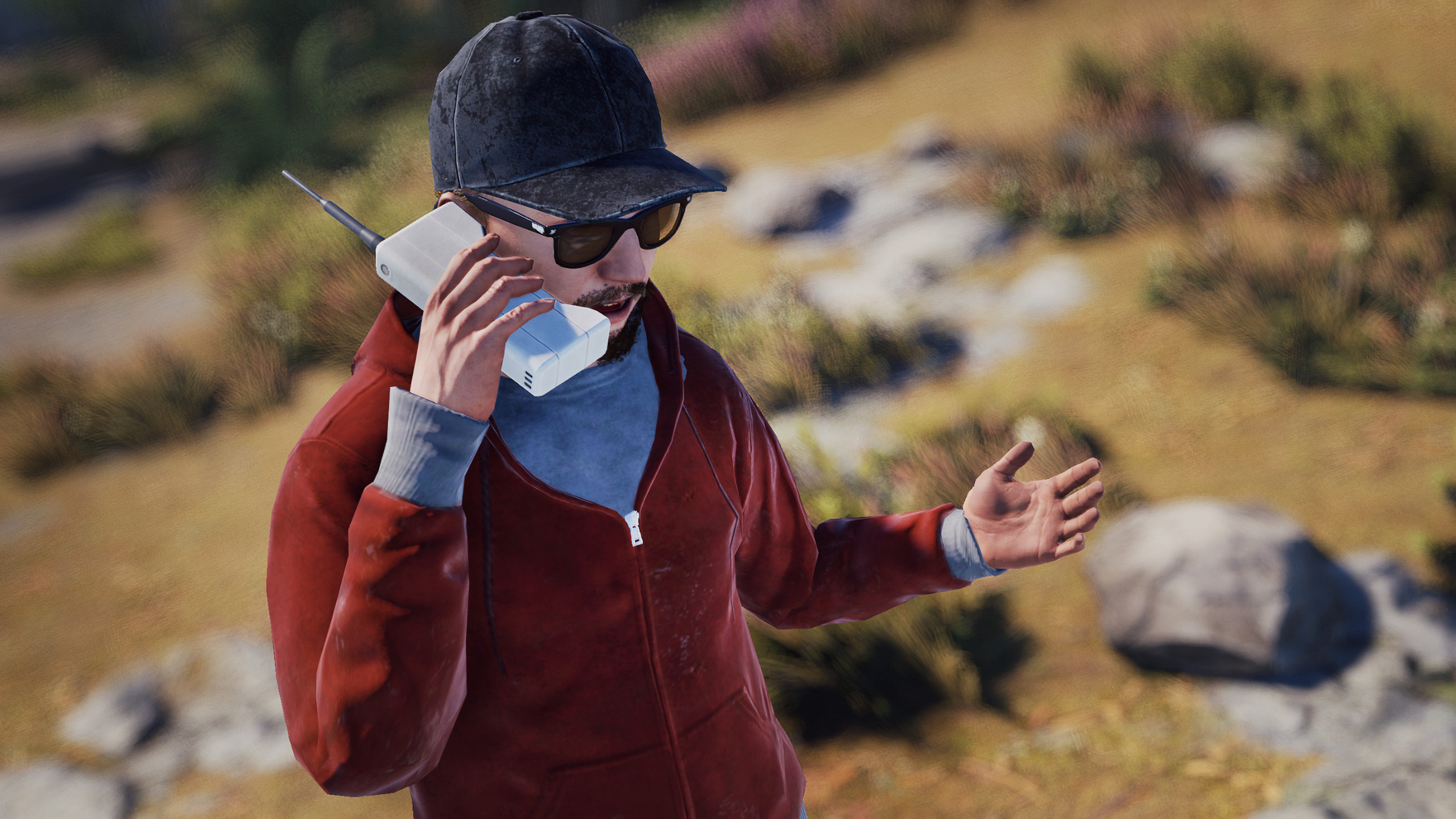 We’ve also added the voicemail functionality to legacy deployed Telephones, simply insert a cassette with your voicemail message into the phone and anyone who calls in while you’re away will be able to leave a message for you. You can access any voicemail messages from the dialling screen. The number of voicemail messages that can be recorded depends on the length of the cassette, so a 10/20/30 second cassette can store 1/2/3 messages. If a new message is left when your voicemail is full the oldest voicemail will be deleted.