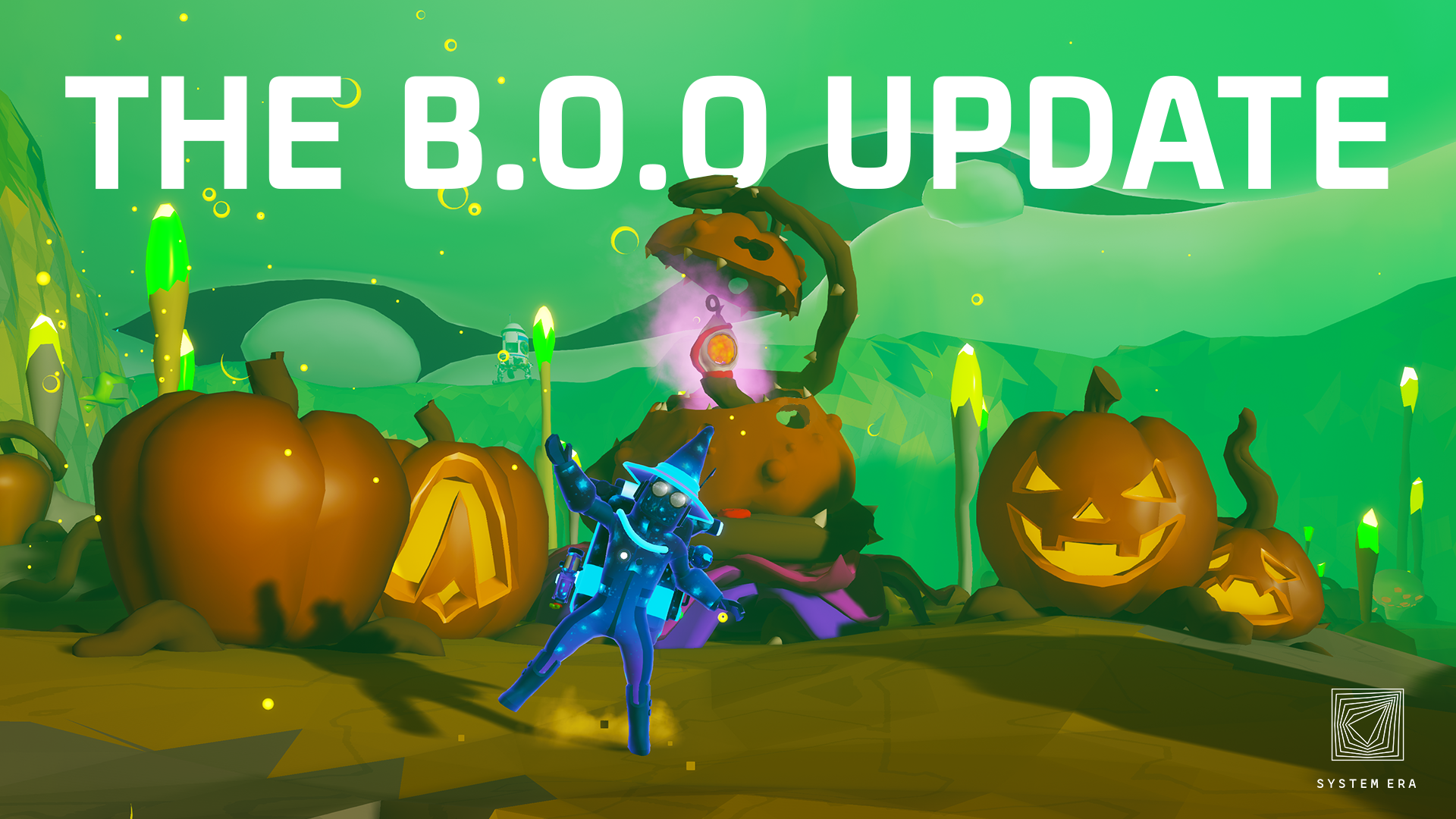 Players on all platforms should receive this update today, October 19th 2020!
Updates

EXO Biofuel Obtainment Operation
New plant species have been detected on Atrox which are capable of generating potential biofuels from other flora. This species – designated “Cauldrangea” – appears to only appear for a short period of time. Beware that these Cauldrangea are protected by new dangerous Hazards. 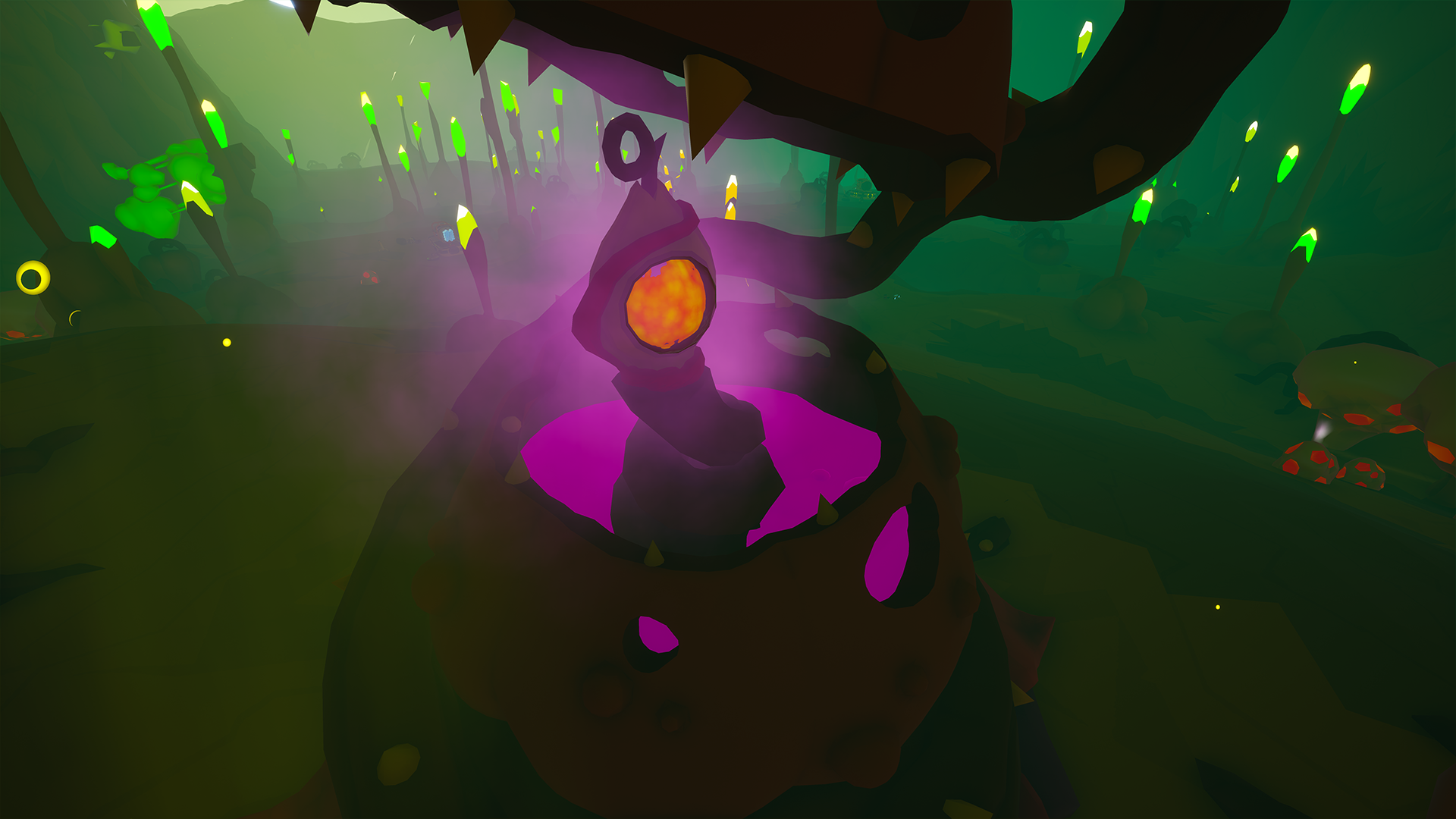 Astroneers are asked to harvest specific ingredients for the Cauldrangea to… digest… and send the plant’s output in stages. EXO Dynamics will reward these efforts with new cosmetics and useful items along the way. Points are only given for the stage you’re currently on – braving the wilds of Atrox is better with friends!

Item Descriptions Have Been Updated

Item description text has been updated for all Adventure mode items. Each item now includes a description and notable applications. Dependencies, Slot information and Power values are included where applicable.

You can now store more Hydrazine 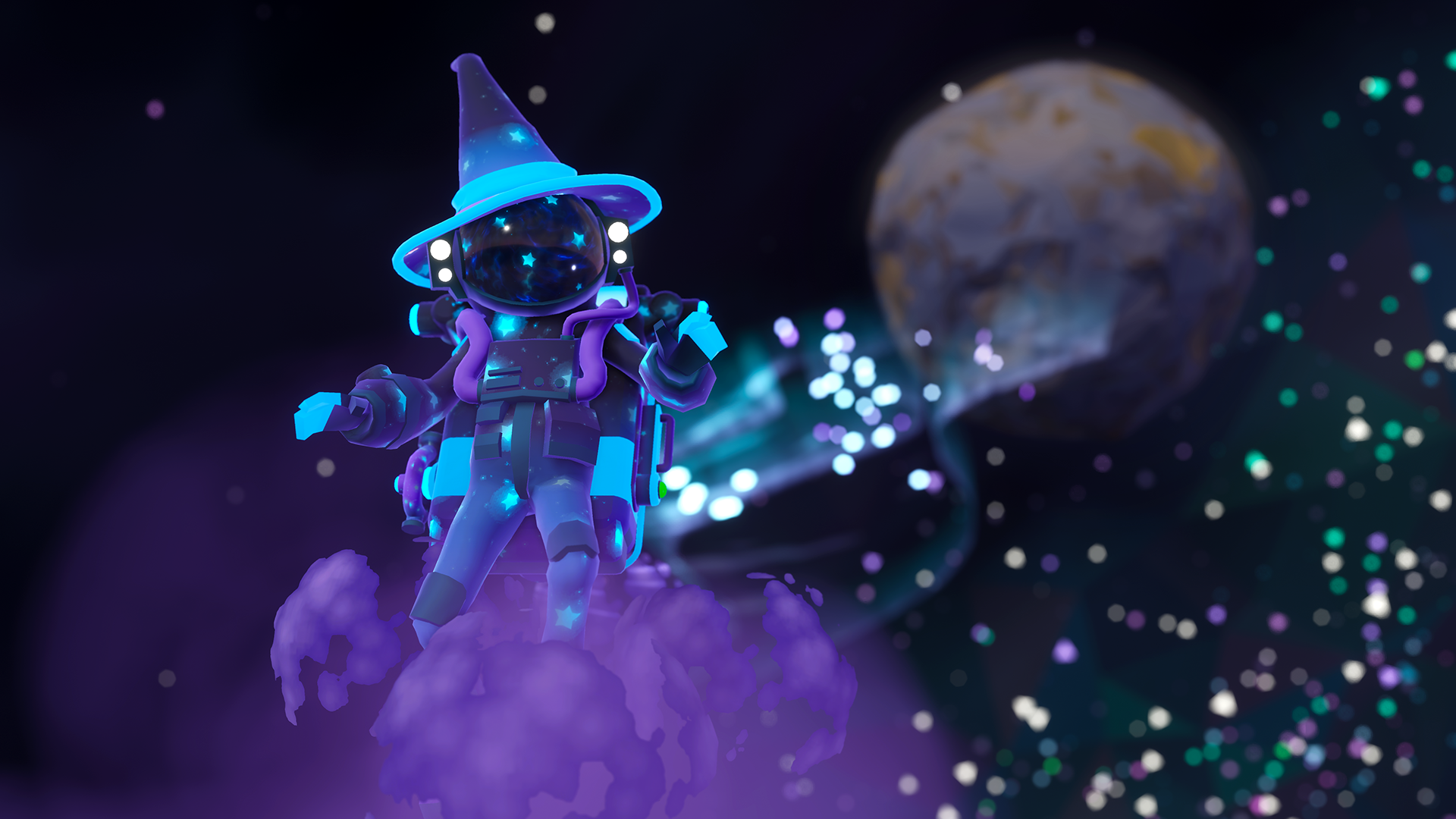 The following are still known issues as of version 1.16.60.0:
– In multiplayer games during the Biofuel Obtainment Operation event, points and rewards may appear incorrectly for hosts on the Exo Request Module control panel when a client has completed the final stage of the event.