Dedicated servers are now live in Astroneer, and as an added bonus, all the performance upgrades we made to enable 8 players on servers means multiplayer on all platforms should be running significantly faster. 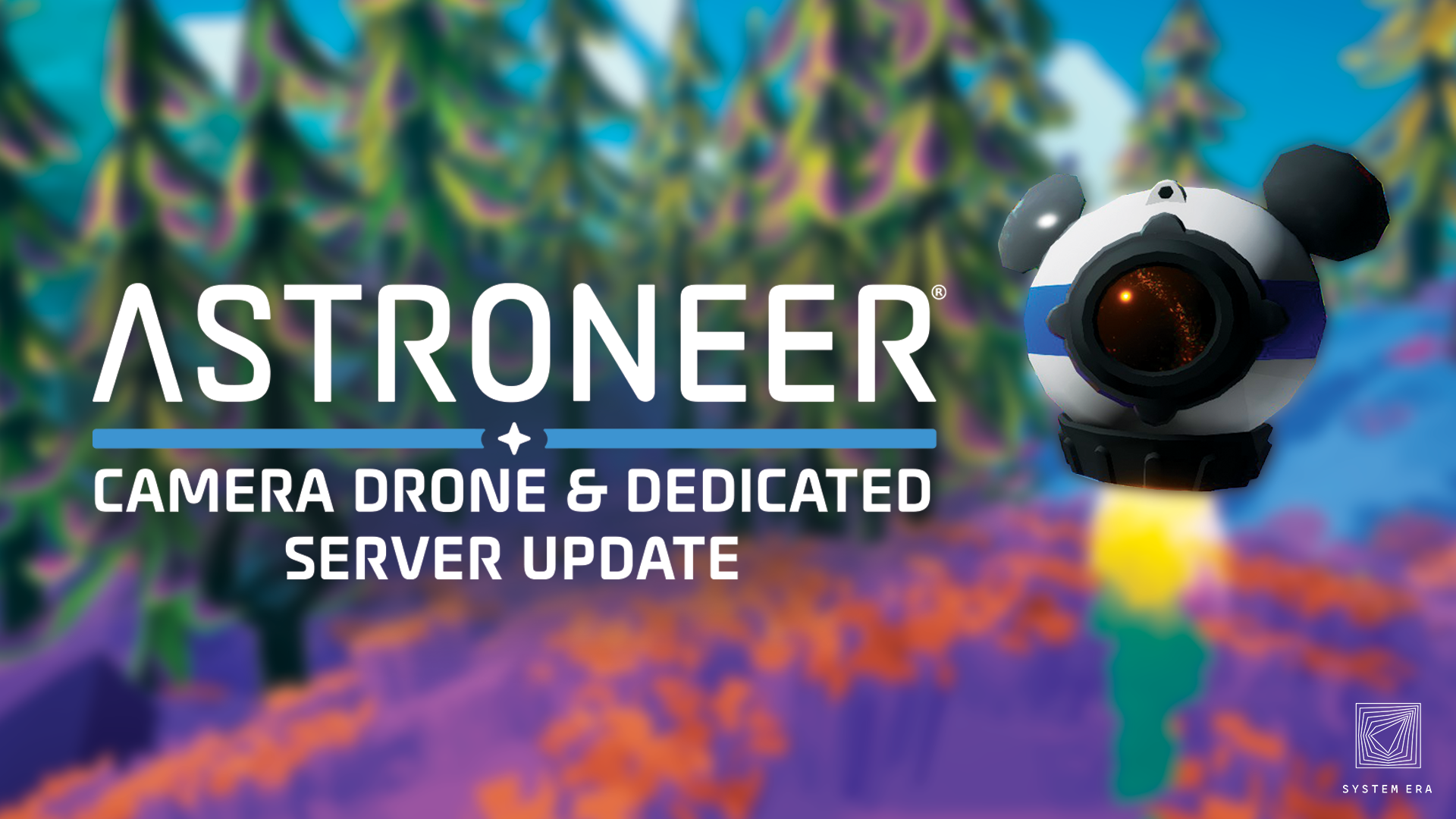 Players in Creative Mode now have access to Aero, the Camera Drone that enables ‘photo mode’! The Drone has a ‘free camera’ mode that allows the player to control and position a camera independently of the character. The player is able to prepare composed screenshots (both with filters and hidden UI). Use your Aero to show off creative mode work, create videos, or capture screenshots of your Astroneer shenanigans.

ASTRONEER - Camera Drone Trailer
Watch this video on YouTube.
Using the Drone does not pause the game, and the player is able to freely toggle back and forth between Drone and character movement, while leaving the Drone’s view-port active. This can provide a steady perspective while working on large-scale sculptures, or a director’s cam while your Astroneer performs on the grand stage.

Dedicated Servers are now live in Astroneer! You can purchase them from our official server partner, Nitrado, (link to purchase)[server.nitrado.net] or host your own using these steps: (Astroneer host your own server instructions here) [astroneer.space]This also means that Astroneer now supports cross play (Xbox – Windows 10 – Steam) and up to 8 players when playing on official dedicated servers.

Some details about this dedicated servers in Astroneer:

We fixed over 150 bugs since our last update, including the following: