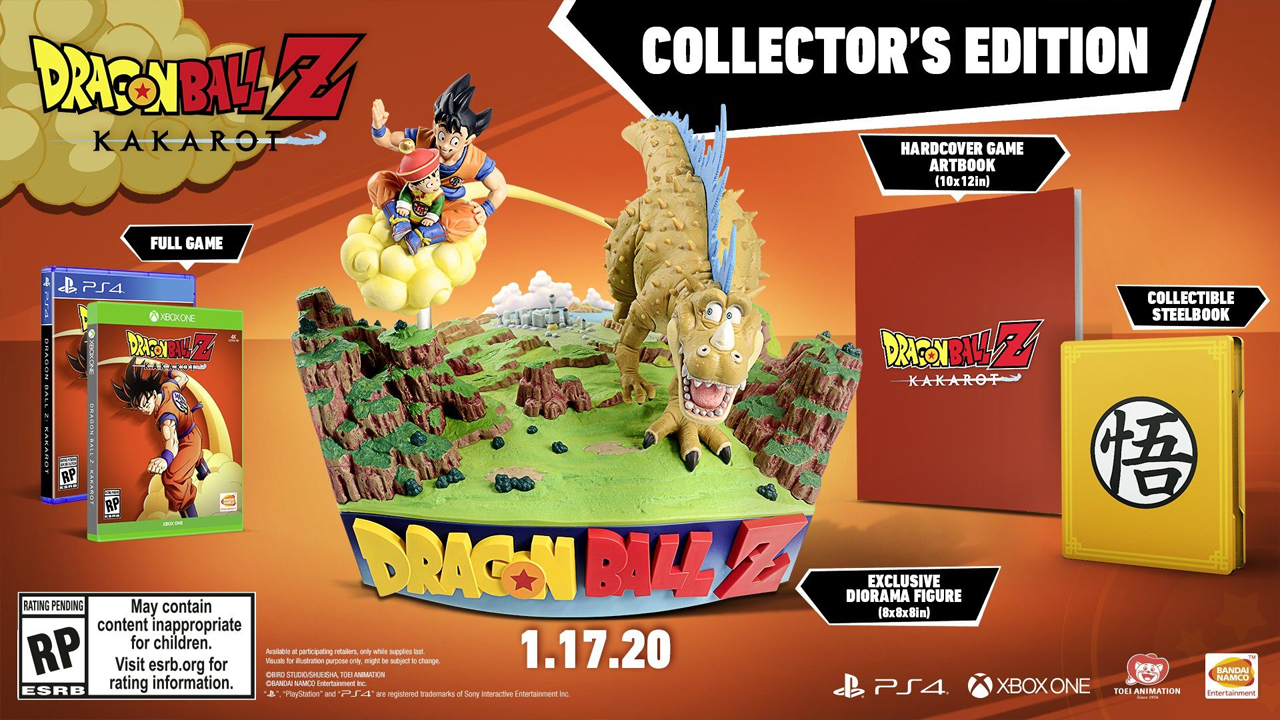 Bandai Namco’s ultra-sized adventure that recounts Goku’s many adventures will be launching this week. If you’ve got your eye on one of the limited Dragon Ball Z Kakarot Collector’s Edition bundle, there’s one thing you need to know — you might end up spending more money than you expect.

The collector’s edition is already priced at US$200 in the US, but you’ll probably be willing to forgive that hefty asking price thanks to the gorgeous-looking diorama depicting Goku and Gohan riding the Flying Nimbus alongside a running dinosaur. What you probably won’t forgive is the fact that you won’t be getting everything the game has to offer. Yup, the US version doesn’t come with the game’s Season Pass.

If you want a closer look at the included diorama, check out the video below:

If you’re a die-hard Dragon Ball fan and you’ve got the money to spend, you can pre-order the Collector’s Edition right now. These will be limited to order right away if you’re sure you’re gonna get one anyway.

Dragon Ball Z Kakarot launches on January 17th for PC, Xbox One, and PlayStation 4. Pre-orders will also come with early access to a training mode featuring a brand new character designed by Akira Toriyama himself, an exclusive sub-quest, and a cooking item that buffs your melee attack and HP.

The post Dragon Ball Z Kakarot Collector’s Edition is More Expensive in the UK, Here’s Why! appeared first on AllKeyShop.com.