Behind the Scenes at the Summer Sale Grand Prix Races 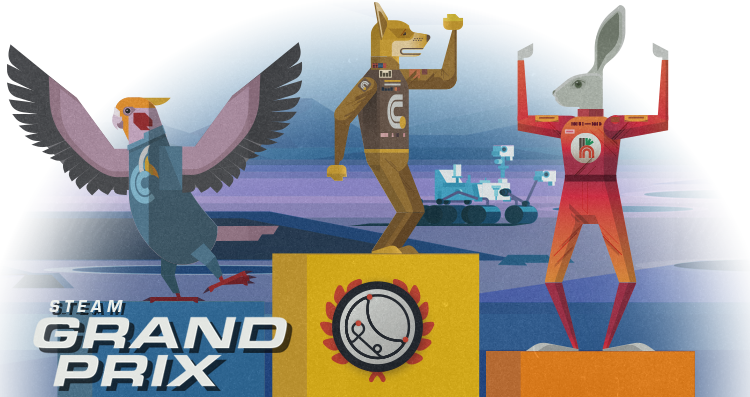 We’ve heard your feedback about the complexity of the Steam Grand Prix event. We designed something pretty complicated with a whole bunch of numbers and rules and recognize we should’ve been more clear. We want to apologize for the confusion that this has caused, and also apologize for the broken mechanics that have led to an unbalanced event.

Based on your feedback, we’ve made some updates to the game, which should make it more fun to play:

To clarify one point: if your team makes it to the podium and you are randomly chosen to win something off your Steam Wishlist, then we’ll grant you the top item. Just move your favorite item to the top of your wishlist and you should be good to go. There’s no need to remove other items from your wishlist — keep them there so you’ll be notified when those items release or go on sale.

We’re hoping some of these changes will help make the event more clear and enjoyable. We’ll keep an eye on things and continue to adjust the game as needed. Our goal is to host a fun event where you get to explore and use Steam in new and interesting ways, but it’s clear that this time around we could’ve done better. To help make up for all this, for everyone who was active on day 1 we’re going to increase the max points you can earn by 1000, and further increase this by another 1000 for everyone who was active on day 2 (so if you were active on both days, you’ll be able to earn another 2000 points). This will increase the maximum number of points you can earn through completing quests or achievements in your games, which you’ll then be able to spend as tokens at the Pit Stop after boosting your team.

This will all roll out during today’s race on day 3, at Magic Mountain. Thanks for your patience and best of luck!