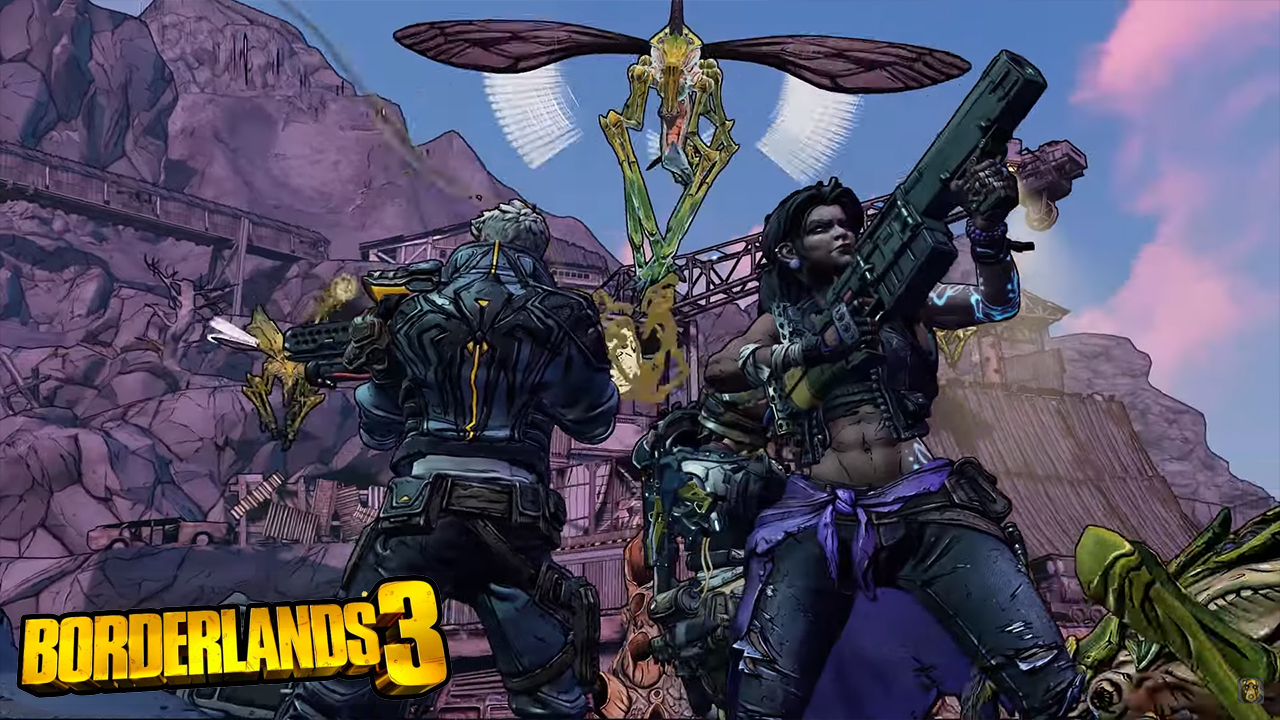 As promised during the game’s reveal at PAX East, Gearbox has revealed a whole lot of info about Borderlands 3 today. There’s a ton to run through here, but we’ll go over them in bullet points to make it easier to digest.

To start off, Gearbox just released a new trailer giving us a wee bit of gameplay preview. You can check out the trailer below:

First and foremost, the game will only be available through the Epic Games Store for PC players at launch. This will stay true until 6 months after (April 2020) when it’ll be made available “on adiitiona PC digital storefronts”. The leaked release date was confirmed as well and players can expect the game to release on PC, Xbox One and PS4 come September 13th.

Borderlands 3 will bring characters from all three previous games, plus Tales from the Borderlands, together for one heck of a party. But, players will be playing with four new Vault Hunters who are all described by 2K below:

As we saw during the reveal event, the new installment will be taking players to new planets, each one with their own unique environments. A very expensive Collector’s Edition will provide a physical “cloth galaxy map” showcasing the different worlds players will be able to explore.

There’s also a Diamond Loot Chest Collector’s Edition that includes everything in the Super Deluxe Edition plus several physical collectibles. It is very expensive and will most likely appeal only to die-hard fans and collectors. You can view the complete contents of this edition below: 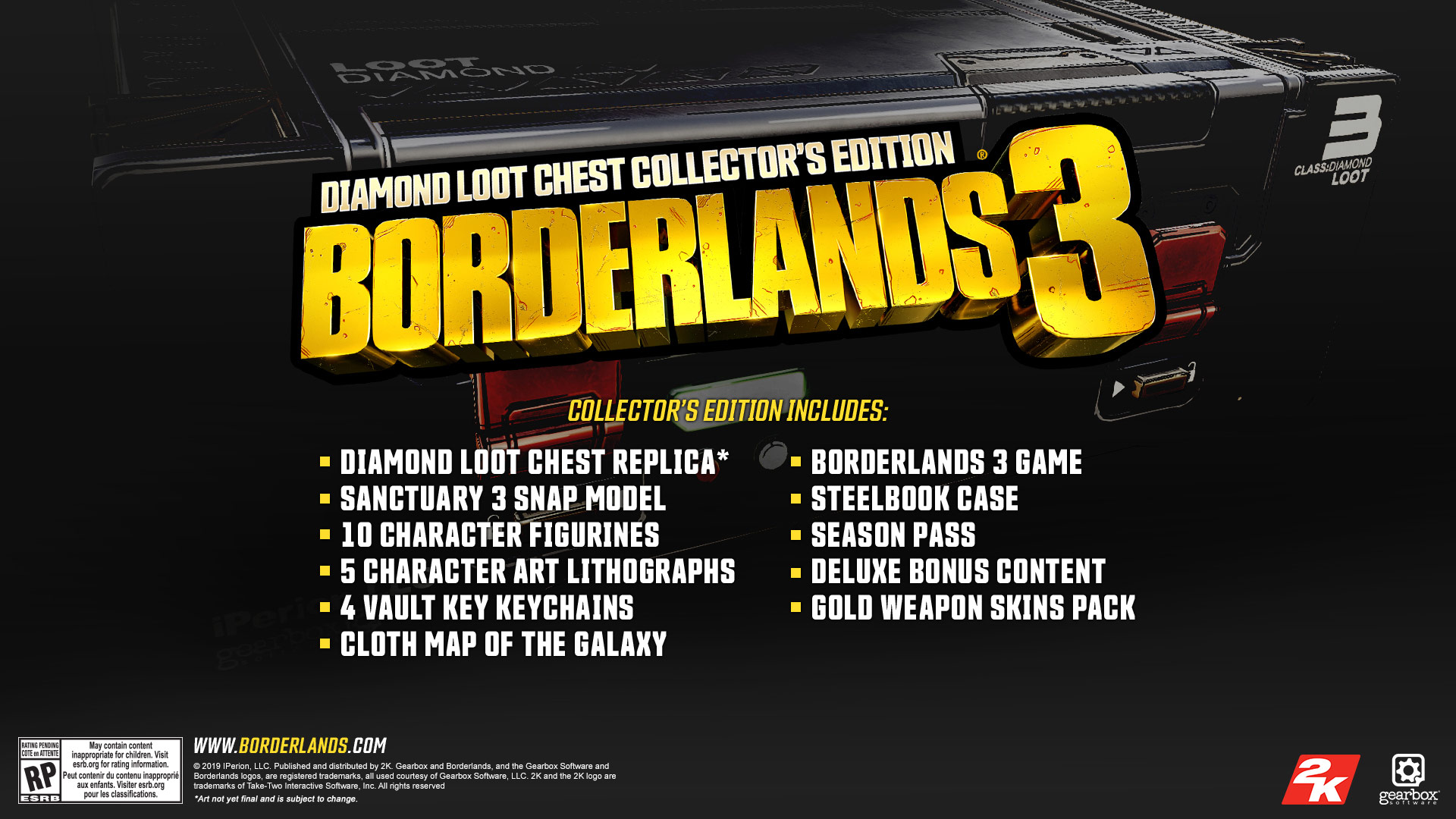 The game’s Season Pass will include 4 Campaign DLC Packs which will most likely be released one by one through the course of the game’s first year. There’s also the exclusive Butt Stallion Cosmetic Pack included as a bonus.

Also, as revealed in the premature tweet earlier this week, those who pre-order any edition will bag the Golden Weapon Skins Pack as a bonus.

That’s everything we know for now about Borderlands 3. Gearbox has promised an “extended gameplay reveal” that will be livestreamed on May 1. In the mean time, we’ll keep you posted if any new details come up.