French indie developer Adipson Studio has launched a new humorous point-and-click adventure game inspired by titles like Day of the Tentacle and Monkey Island. 3 Geeks puts players in control of a wacky trio of unlikely heroes at the edge of their sanity.

The game stars Rodolphe Wallace, a 30-something unemployed inventor; Cyprien Karanoff, a germophobic chemist; and Luc Vega, a bipolar, impulsive geek who suffers from short-term memory loss. They escape from a madhouse after being locked up for a year by hiding onboard a space shuttle that ends up launching into space and orbiting the Earth. 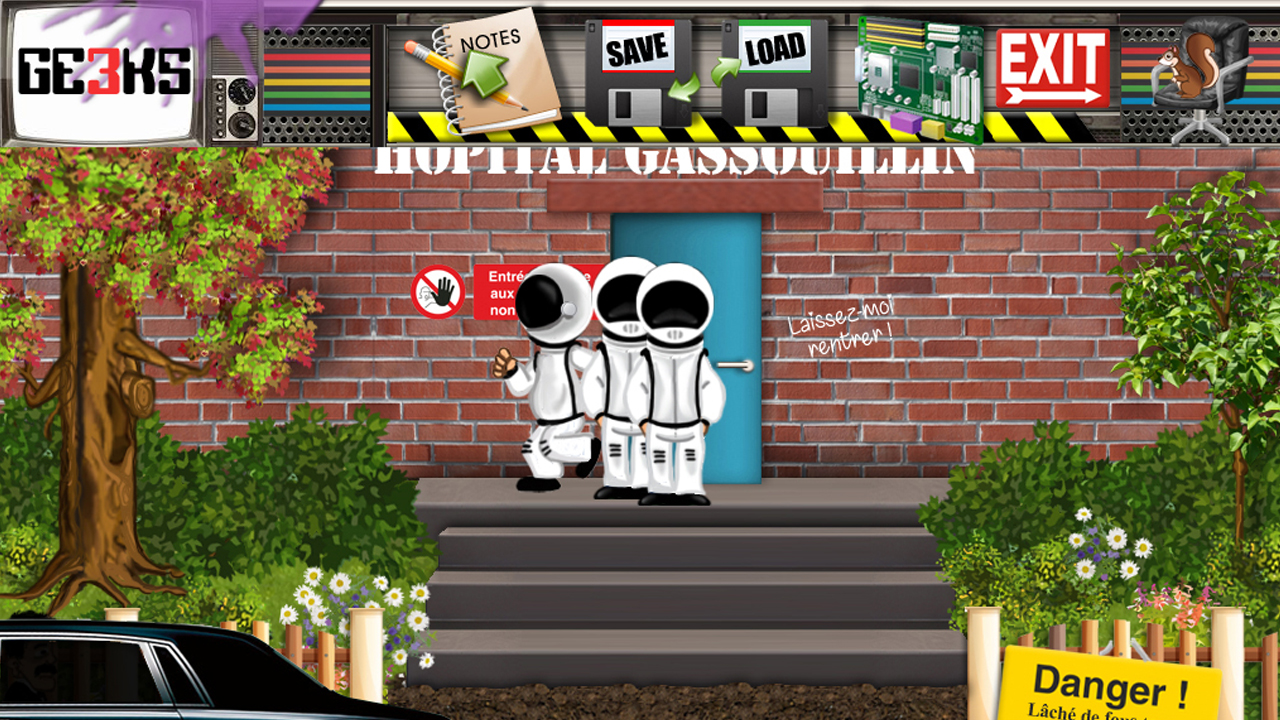 Meanwhile, a maniac named Nathanael brings about a nuclear apocalypse to take revenge for the death of his goat due to human pollution. The 3 nut jobs, hidden safely away in space, manage to avoid the Armageddon. Fast forward five years and the space shuttle lands back on the Earth automatically and the heroes emerge in a desert outside of Ragoon City. This is where the adventure begins.

The story is divided into four chapters and lasts around 6 hours, depending on how familiar the player is with point-and-click games. Along their journey, players will be tasked to solve different puzzles described by the developer as “neither too difficult nor too easy”. They’ll also have a handy notebook to keep them reminded of their objectives. 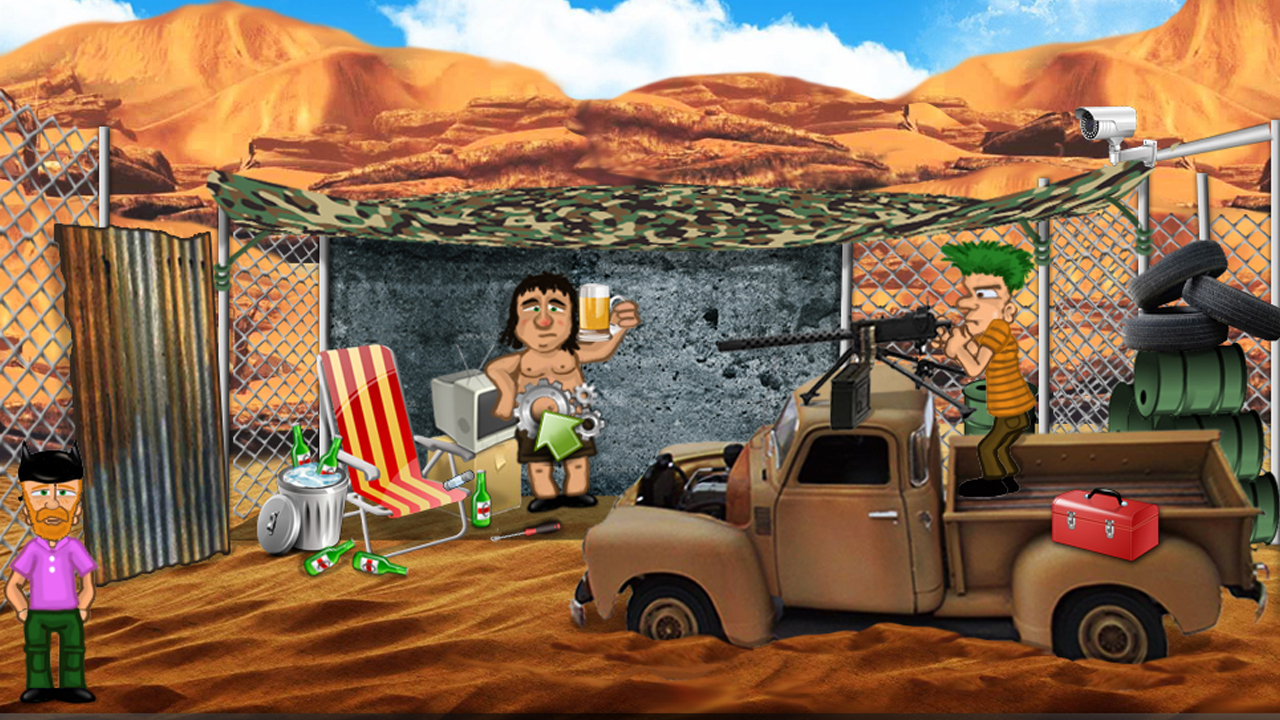 Aside from the main characters’ quirks, the humor is also driven by references to French cult comedies. The game also features HD graphics and can be played in either windowed or fullscreen mode. It boasts a wacky cartoon artstyle and can be played even on low-end machines. You can find the game’s system requirements below:

3 Geeks is available now on PC via Steam and supports both English and French. The game’s language is set to French by default, but you can switch to English through the settings.