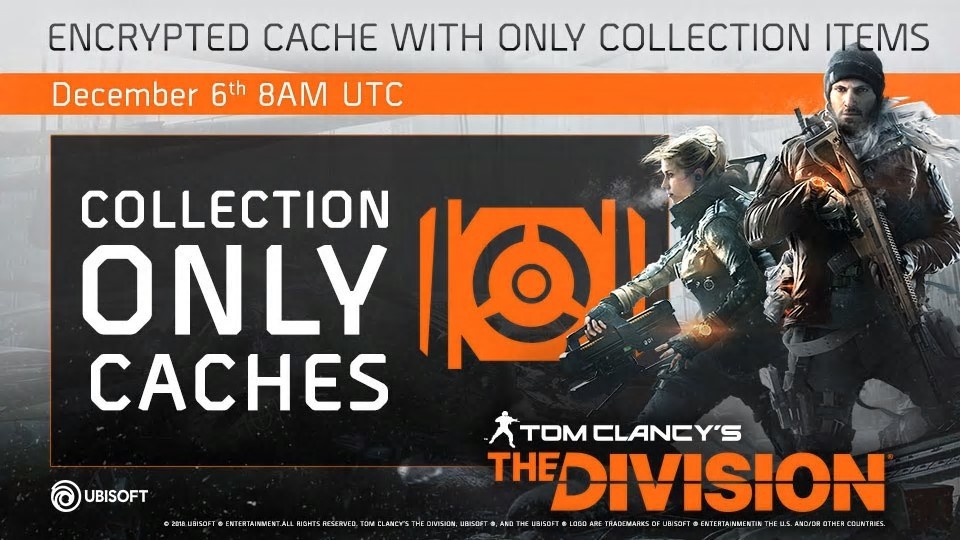 With the introduction of the Collection Cache, we are decommissioning the Mark I – IV caches on January 10th. While the caches themselves are being removed, players will still have the opportunity to earn their contents periodically on the in-game store as direct purchases. Be sure to keep an eye out!

We are also reintroducing last year’s Holiday Cache for a limited time! Until January 10th, you can earn the Winter Holiday Collection alongside holiday emotes.

Thank you to our community for supporting The Division! Be sure to share your Agents in complete Collections with us on the Official Forums[forums.ubi.com], Reddit, and Twitter!