Just wanted to give a quick update on the happenings right now!

We’re currently hard at work getting all that new sweet content into the next coming Updates. There are still a lot of things we want to fix and implement before the game reaches 1.0 so you can expect more updates to the game before then.

We’re expecting the next coming update to be available sometime early 2021. However, between then and now we’re going to be rolling out a few patches and a minor update to the game expected in early November.

This minor update will contain:

We’ll be revealing more information as to what’s coming when as we get closer to the completion of these updates!

What’s the situation with Dedicated Servers? 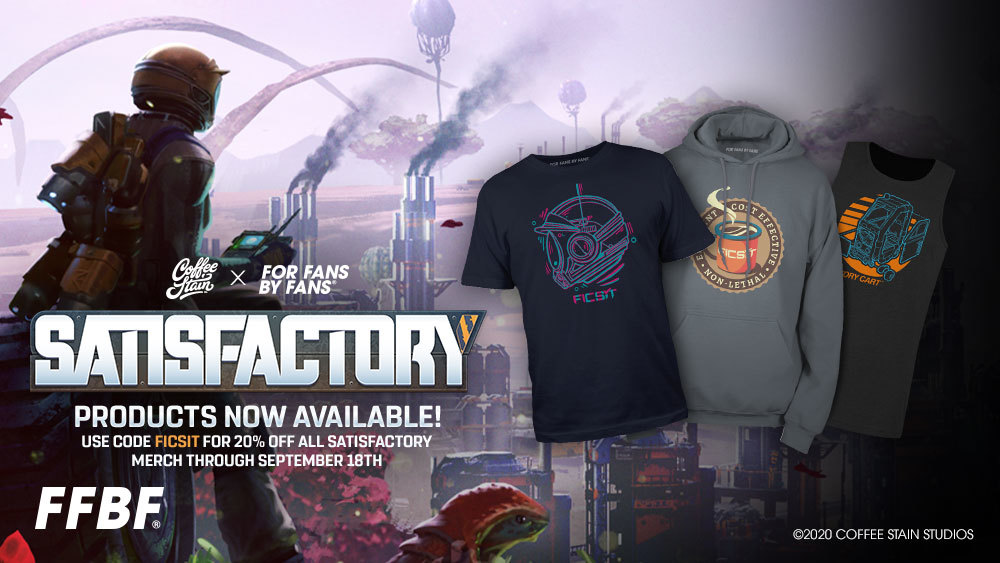 Fan Forge is an open gallery for artists to submit their fan art and ideas of merch for Satisfactory! There, your designs will be shared and rated by the community for the chance to become real officially licensed products! ALL selected artwork will earn a commission per item sold on For Fans By Fans website, through wholesale, and at conventions.

With this we’ll be having a launch challenge with some prizes and goodies! You can read more about it on our Fan Forge page[www.forfansbyfans.com]!

If you wanna learn more about the above topics you can check out this video we just released on our lil YouTube channel.

Until then take care, really looking forward to see what y’all create on Fan Forge[www.forfansbyfans.com]!