Release Date (no for real this time)

The day has come when we can finally tell you when Satisfactory will be available on steam! 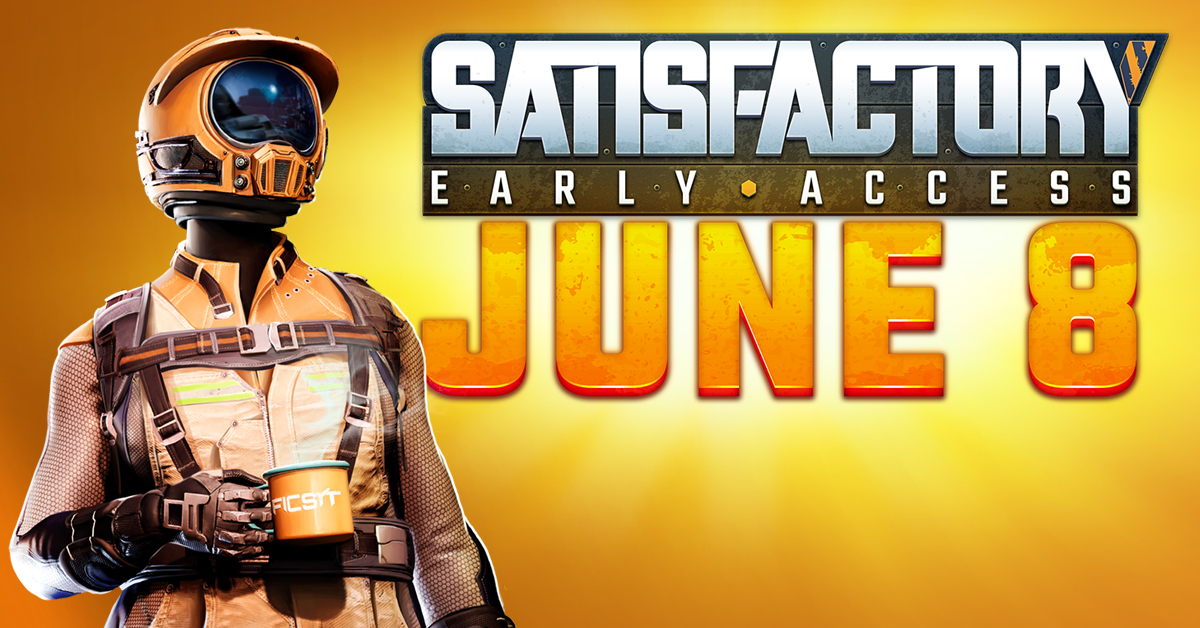 You can expect Satisfactory on steam Monday, June 8!

Yeah we said Tuesday in the past, but we say a lot of things.

During release we’ll also be a running a 10% discount on the game (which is released Monday, June 8)!