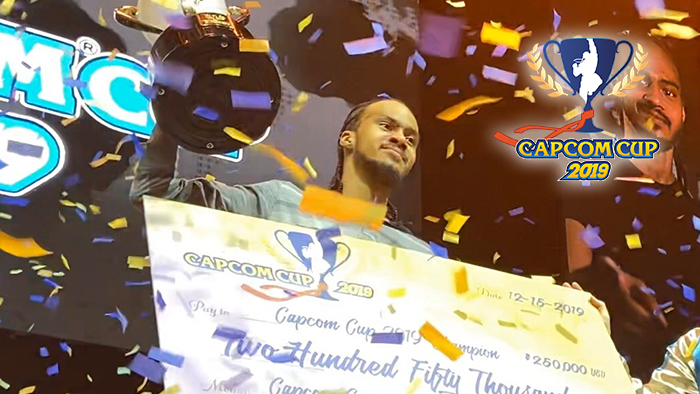 It was an exciting weekend at the Novo Theater in Los Angeles, California as 32 of the best Street Fighter 5 players in the world shed blood, sweat and tears while hoping to take home the potentially life-changing top prize of US$250,000.

Before the main tourney began, a Last Chance Qualifier (LCQ) was held to determine who would complete the Capcom Cup 2019 roster. After several exciting matches, Japan’s Moke and USA’s Commander Jesse found themselves head-to-head in the LCQ Grand Finals. Moke swept Commander Jesse 3-0 and moved on to the main tournament.

Capcom Cup 2019 might be the most exciting Street Fighter 5 event yet. The road to Grand Finals was filled with upsets with players leading 2-0 standings getting reverse swept and some favourites not even making it to top 16 (including Capcom Cup 2019 champion Gachikun). In the end, Capcom Pro Tour’s top seed Punk faced the unsponsored and relatively unknown iDom in an all-American Grand Finals.

Things looked grim for iDom early on as Punk won two straight games with Cammy of the bat. Sticking with his Laura, iDom shifted the momentum to win the next game. Punk then switched to Karin but still eventually lost two more games, allowing iDom to reset the brackets.

With both of them in the Losers bracket, the first player to win 3 games would be crowned champion. iDom carried his momentum over to the reset and won two straight games. Punk seemed to be struggling but managed to win the next game. With Punk out of chances to change characters, iDom shifts to Poison and finishes the tournament with a 3-1 win.

If this event taught any Street Fighter 5 fan a lesson, it would be that the fight ain’t over ’til it’s over. With that, the curtains fall on the Capcom Cup 2019 with an unsponsored yet very deserving champion on top — Derek ‘iDom’ Ruffin.