The Most Anticipated Games for 2020 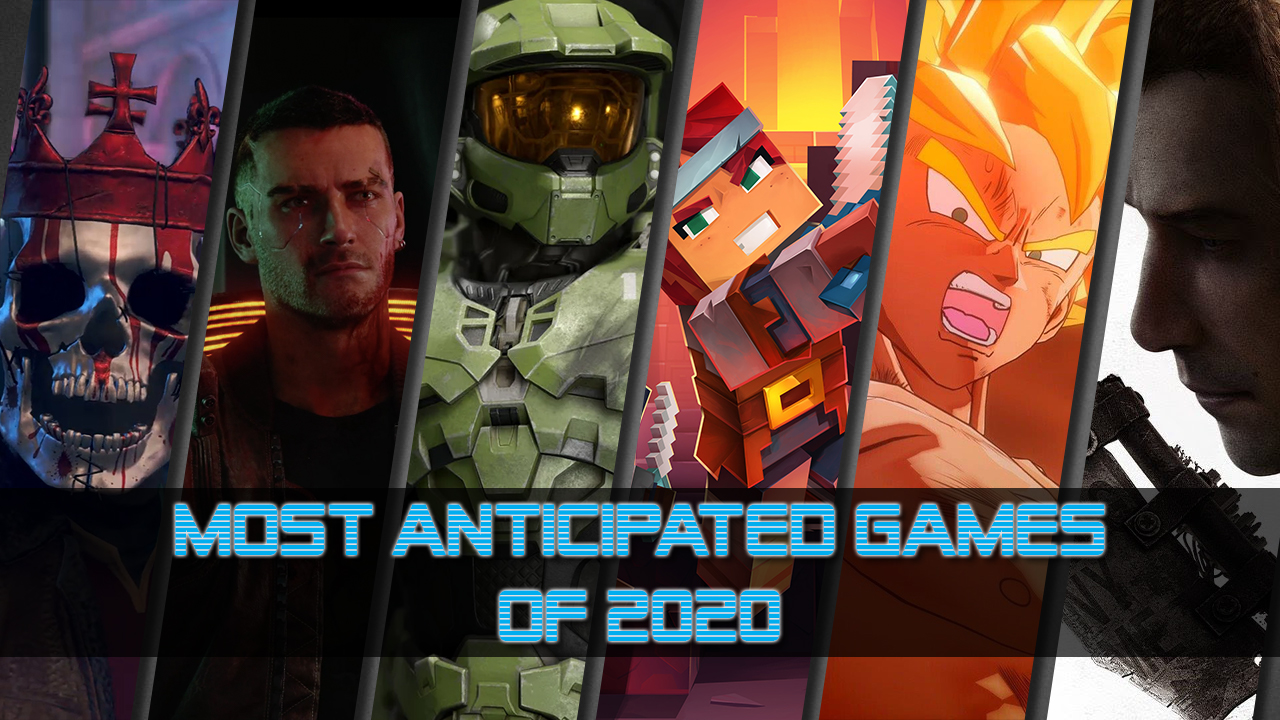 With Watch Dogs 2 and its predecessor, Ubisoft had set a precedent of amazing game development which is revered by developers and gamers alike. Consequently, Watch Dogs: Legion is one of the most highly anticipated games for 2020. Its due date which is the 6th of March cannot come fast enough, especially for fans who have witnessed glimpses of the epicness to come in the promotional trailers released. It will be available for PlayStation 4, Google Stadia, Microsoft Windows and Xbox One.

Vampire: The Masquerade – Bloodlines 2 is a sequel to the cult-classic Vampire: The Masquerade – Bloodlines and one of the most highly anticipated games due out in 2020. Much like its predecessor, it features reactive storytelling and fast-paced combat executed from a first-person perspective. Fans of Bloodlines and those lured by the gameplay trailers are counting the days till March of 2020 when they will get to interact with the compelling cast of bloodlusting characters for the first time.

On April 16, 2020, CD Projekt will release the action-RPG masterpiece that is Cyberpunk 2077. The developer’s presentation at E3 2019 has certainly boosted the already existing high expectations players had for the title. According to the presentation, players will assume the role of protagonist V who is a mercenary armed with a lethal arsenal of weapons that aid him in becoming a formidable force across three character classes. The game will be released for PS4, Xbox One and PC.

The Dragon Ball anime franchise has been one of the most dominant franchises in the world which generates a lot of attention for all video game titles that draw inspiration from it. Dragon Ball Z Kakarot is the latest of such titles to be developed and is highly anticipated as expect. In the game, players will relive the story of Goku and experience the epic battles, his diet and training as he does in the DBZ universe. Dragon Ball Z Kakarot will be released for PC, Xbox One and PS4.

Dying light 2 is a survival horror action role-playing game slated to be released in the first quarter of 2020. It is safe to assume that it will be highly sought after considering how impressive it looks and all the success of its predecessor. The game’s story is centred around a pandemic that has struck the human race, drastically reducing its numbers for 15 years. As you may have guessed, the lethal virus has rendered the planet almost uninhabitable. However, you must survive by all means necessary.

Minecraft is the best selling video game of all time by a considerable margin so there no surprise that its upcoming instalment, MINECRAFT: DUNGEONS is one of the most highly anticipated titles of 2020. Much like all games that bear the Minecraft label, Minecraft: Dungeons is built to facilitate cooperative play, heavy customization and unparalleled room for expression. The game is set to be released within the second quarter of next year for the Xbox One, PS4, Nintendo Switch and PC.

Square Enix and People Can Fly have merged forces to develop a potentially remarkable drop-in-drop-out co-op shooter named Outriders. This ambitious labour of love was being teased by Square Enix via its official twitter account for some time; a promotional tactic that worked perfectly as Outriders is expected to have a resoundingly warm welcome at launch. Players will get to explore Outriders’ “dark and desperate” sci-fi universe on their PC, Xbox One and PS4 when it releases next year.

Blood Bowl 3 developers Cyanide Studios appears to have hit the sweet spot with this title by combining two subjects; American football and Warhammer. This allows the game to appeal directly to fans of the Warhammer franchise as well as fans of American football; both of which have a multitude of fans. In the game, the teams consist of dwarves, elves, trolls, humans, and other races drawn from the Warhammer Fantasy setting and the gameplay is every bit as aggressive and fun-filled as you would imagine.

Halo Infinite is the latest instalment in the widely celebrated Halo franchise and consequently one of the most highly anticipated upcoming games. Halo Infinite continues the story of the Master Chief as the third chapter of the Reclaimer Saga, following Halo 5: Guardians. It will surely come bearing all the elements that have magnetized and retained the series’ dedicated fanbase on an all-new Slipspace Engine. Halo Infinite is slated for release in winter of 2020.

The post The Most Anticipated Games for 2020 appeared first on AllKeyShop.com.