Minecraft’s Next Update will Let You Live in the Nether 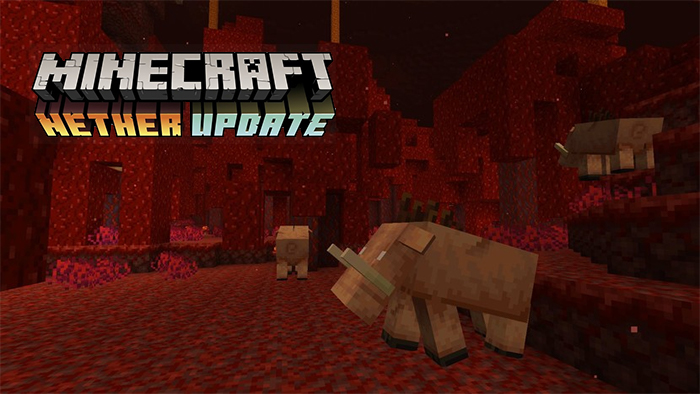 After eagerly pushing for the devs to roll out a ‘Cave’ update for Minecraft for a very long time, the community was surprised that Mojang unveiled the game’s next update to be a “Nether” update. What’s strange, though, is that nobody’s complaining about the announcement made at Minecon, and it might be because the Nether has pretty much remained the same for years.

So what can you expect from the update? Well, a couple of devs went on stage to give us a peek at what’s coming. They showed off a couple of new biomes coming to the Nether and more. You can check out the presentation below (courtesy of GamersPrey):

Mojang says they want players to be able to live in the Nether, or at least have a base there. Players will now be able to set their spawn point in the Nether and will even be able to find food there. However, since it is still the Nether, it will still be very deadly and quite challenging to survive there.

The Nether food source will be a new mob called the Piglin Beast. That’s a temporary name, though, and the devs would like the community to suggest a better name.

There’s also a new kind of Pigmen called Piglins that build their own community in the Nether. They are hostile towards the player and other Nether mobs, but they will ignore the player unless they do something bad like attack them or open their chests. They also hunt Piglin Beasts for food. They also teased that players will be able to “barter” with the Piglins, which appears to be a unique Piglin way of trading.

The Minecraft 1.16 Nether Update is slated to arrive in the first half of 2020. Before that, the game will receive the 1.15 Bees Update sometime before the holidays.

The post Minecraft’s Next Update will Let You Live in the Nether appeared first on AllKeyShop.com.