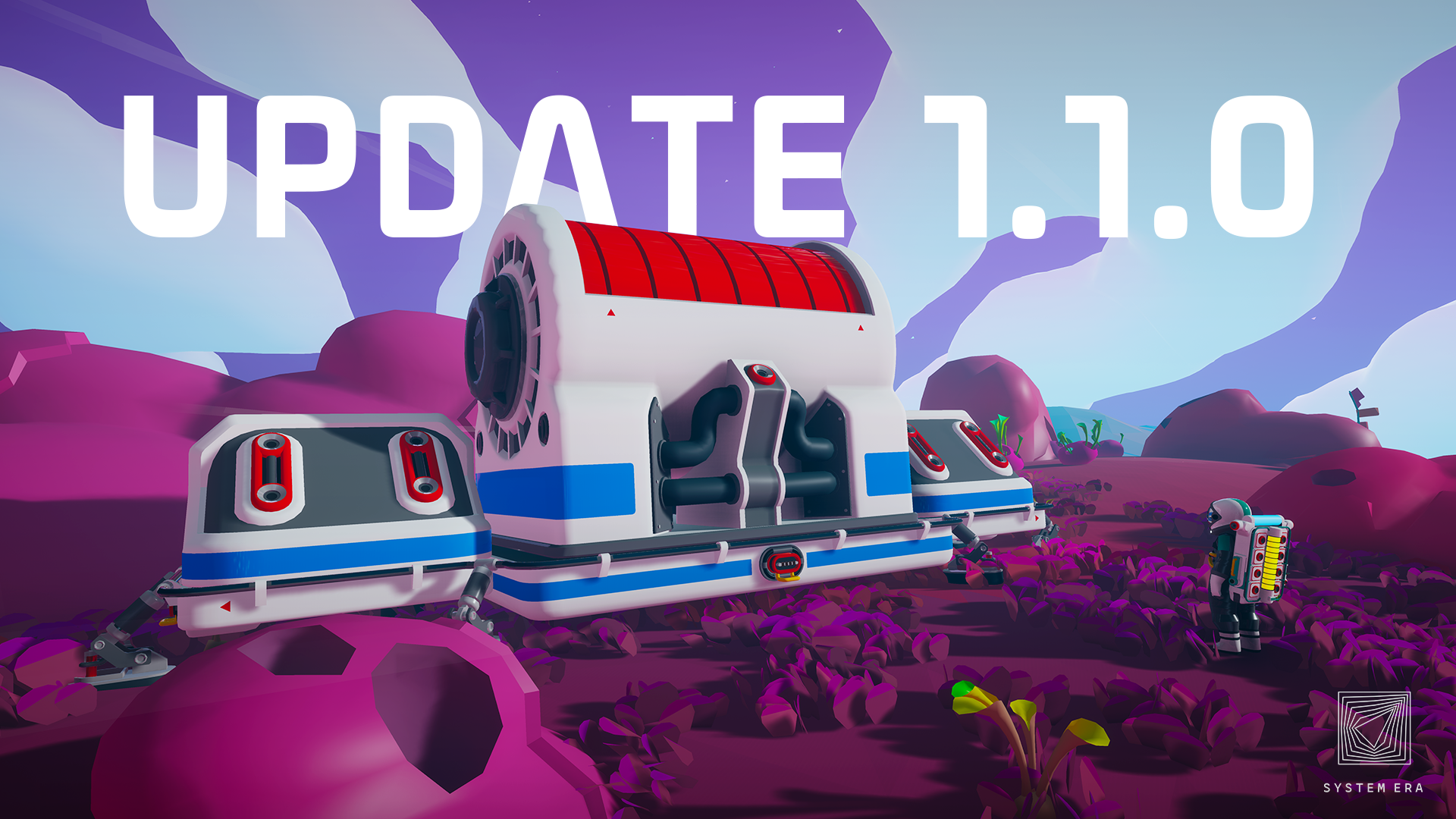 This update has a little of everything, new content, bugfixes, QOL changes, and performance optimizations! We plan on rolling it out early next week assuming everything goes well in with the Exo Fight Test!

Extra Large Shredder has been added to the game! Tired of wrecked Rovers and smashed Research Chambers littering the landscape? Changed your mind about that fourth Smelter in your base? Worry no more, because the new EXO Dynamics Extra Large Shredder is here to clean up the mess! This powerful machine takes on your larger pieces (or many smaller items) with the greatest of ease. Just be sure to have a big enough platform to fit this beast – only the Extra Large will do. The Extra Large Shredder will recycle the following objects into Scrap:

Extra large Platform C has been added to the Catalog.  This new platform is the largest one currently available from EXO Dynamics. It is able to fit either 4 Large items or 1 Extra Large item PLUS 2 Large items. Hook up a pair of Smelters and fill up an Extra Large Storage, or slap on a new Extra Large Shredder and a Large Storage and Trade Platform – ready to trade some Scrap for useful resources! 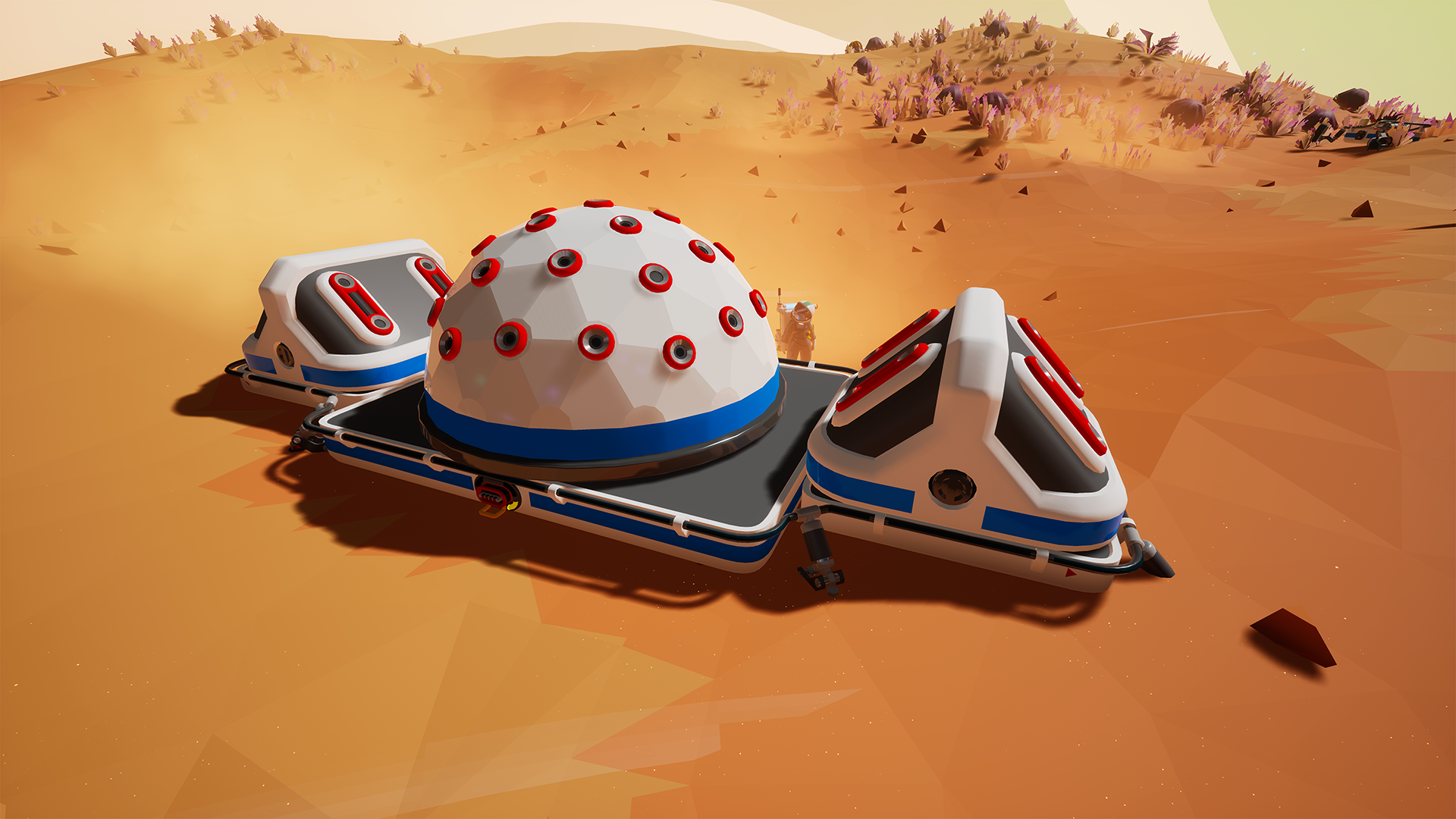 We have updated the Mantle layers of Vesania, Calidor, and Glacio with beautiful new flora, as well as Research Samples and Research Items. This shouldn’t impact your current bases much, except you might have to dig up a few new plants or harvestables! Be sure to check out these planet’ss new underground layers! 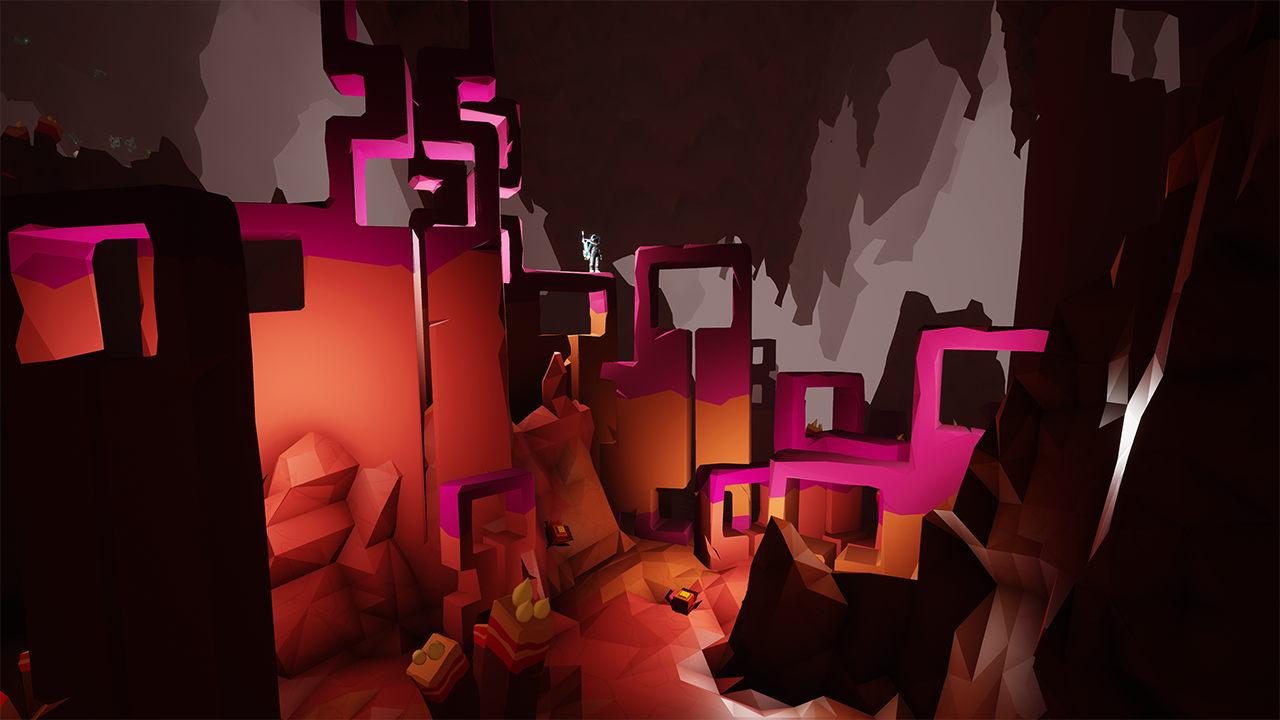 Added a customization preview to the main menu! Players are now able to preview suits, color palettes, and emotes before starting a new game or joining another player. 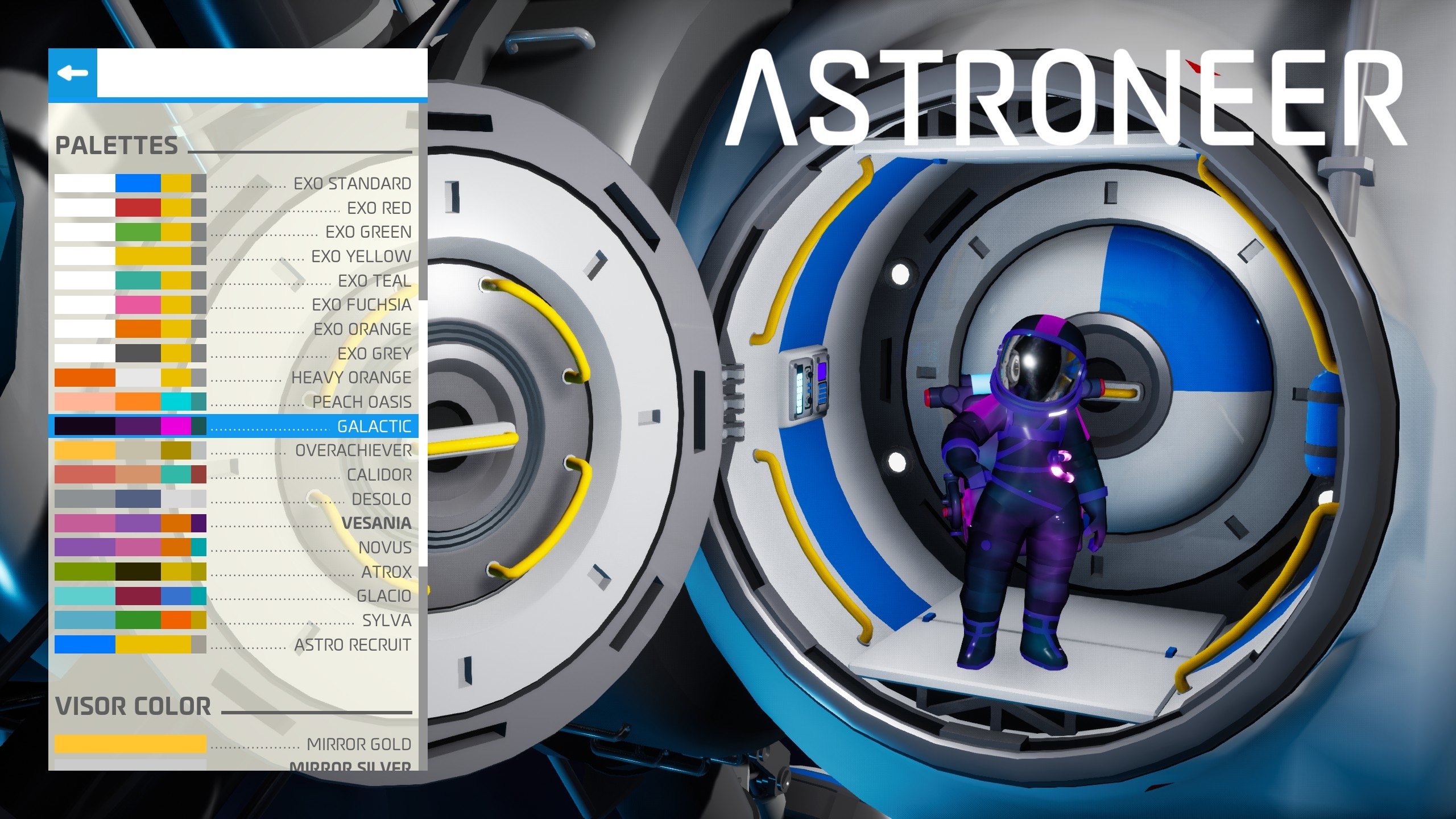 We have increased the byte costs of all “non-starter” Catalog items by 25%. This is in response to the adjustments made to lower research times and raise the byte value of all Research items across the game. Overall we find that getting bytes faster means that you can unlock the things you want quicker, but this ensures you don’t just breeze through and unlock everything!

The following bugs have been fixed as of version 1.1.0.0: 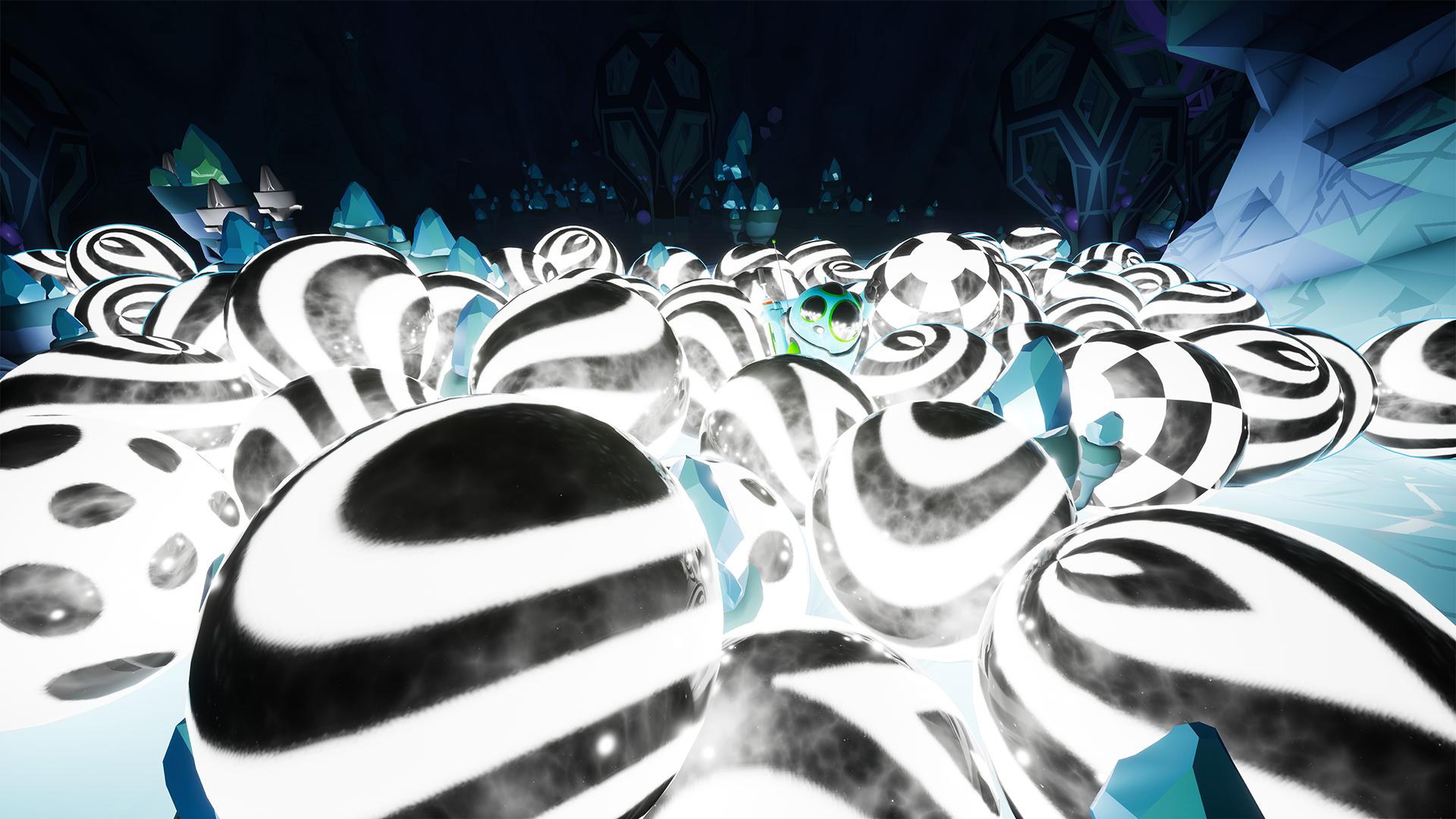 After a long absence, mysterious sphere variations have returned to the solar system! But beware, a few may have been hiding in plain sight all along among previously collected versions. These Heretics have been revealed.

Wow this is a long one! Really happy with the amount of balance, content, optimizations and bugfixes that are shipping in this update, and am happy to say that our next one will have a bunch of the same, with an emphasis on new content! We will reveal more details about that in the coming weeks!(vlog anyone?) Also THANKS SO MUCH to everyone who voted for us in the Webbys! We managed to snag SEVEN awards, including all five People’s Voice categories, and two full on Webby wins!

Cheers and talk to you soon!