Adventure Game A Plague Tale: Innocence Launching in May 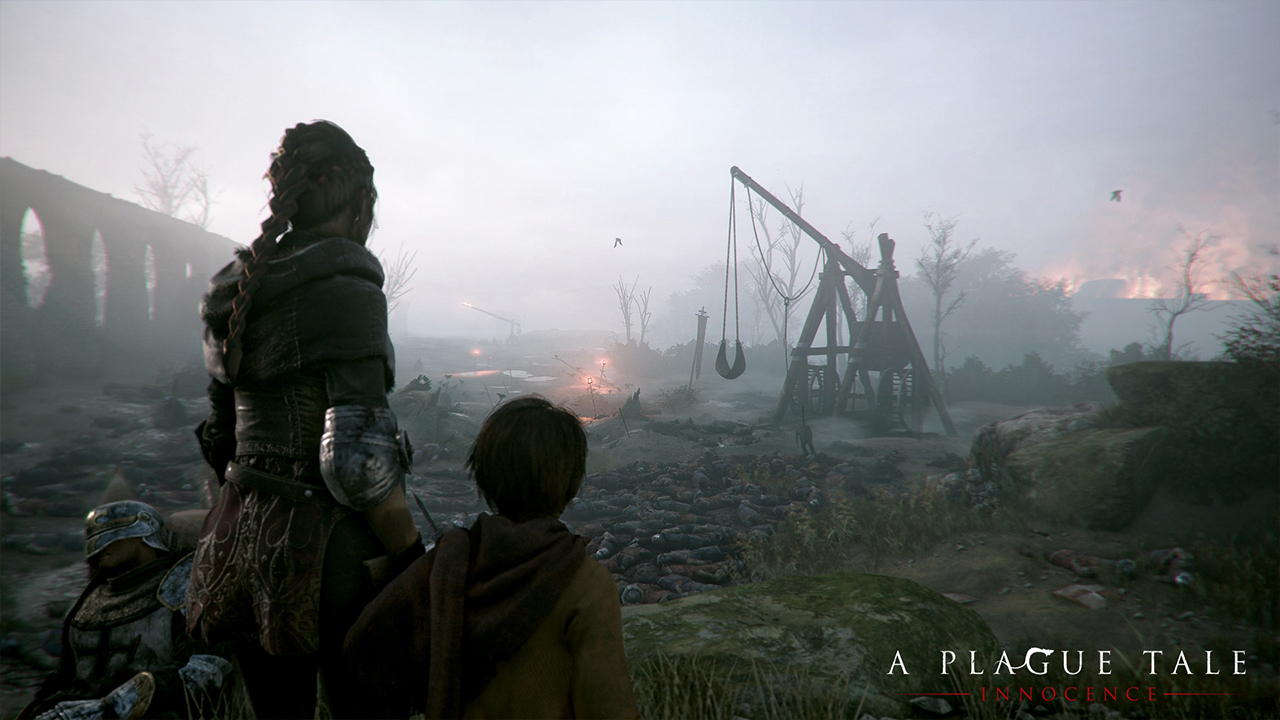 ReCore developer Asobo Studio has partnered up with publisher Focus Home Interactive to bring a new story-driven adventure game called A Plague Tale: Innocence. The game is set during the Hundred Years’ War and the Great Plague.

Although the game has a historical setting, it takes liberties with it. Swarms and swarms of rats carrying the plague have overrun the streets and are constantly looking for fresh victims. There’s also the Inquisition, the game’s constant human threat out to brandish their twisted version of divine justice.

You can check out the game’s story trailer below:

The game stars two siblings, Amicia and Hugo. Players mostly control the older sibling, Amicia, who is skilled with the slingshot and can break object from afar. Hugo is afflicted by a strange disease that has caused him to be estranged towards her sister and everyone else in the world. During gameplay, he, and others who join the siblings temporarily, can be directed to do other actions while Amicia is busy.

You can see a sample of the gameplay in the video below:

You have to remember that this is not an action game. There may be sequences where there seems to be some sort of combat, but it’s mostly really just interactive puzzles that players will need to figure out in order to survive. The swarms of rats you’ll have to deal with have also been grossly exaggerated, but only to become the game’s central ingredient for its puzzles.

A Plague Tale: Innocence is set to launch on May 14th for PC, Xbox One and PS4. You can learn more about the game at its official site here. There’s also a mini web series you can watch here.

The post Adventure Game A Plague Tale: Innocence Launching in May appeared first on AllKeyShop.com.